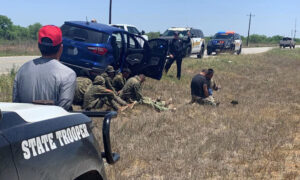 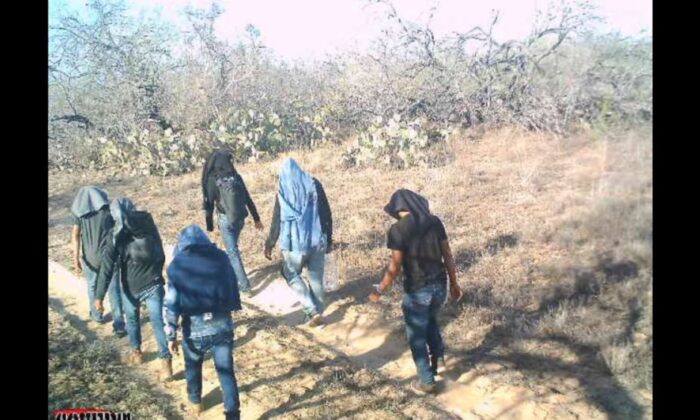 McALLEN, Texas—With Border Patrol agents overwhelmed by family groups and unaccompanied minors, more illegal aliens are escaping into the interior of the United States and fewer drugs are being seized.

During April, more than 177,000 illegal immigrants were apprehended by Border Patrol, according to preliminary Customs and Border Protection (CBP) numbers, as provided to Jaeson Jones, former captain in the Texas Department of Public Safety.

A further 42,620 illegal aliens escaped arrest by Border Patrol, which are known as “gotaways.”

“What gotaway numbers really signify is the level of infiltration coming into the country that’s getting past CBP at the border,” Jones told The Epoch Times.

The gotaway number is generally considered a conservative amount, as many more are believed to have slipped through undetected. The number is calculated from agents submitting information on anyone they observed getting away, or they noticed clues (including tracks or debris) signifying that someone has gotten through, or from cameras or sensors.

The gotaway numbers don’t reflect the number of illegal border-crossers who run back to Mexico if they’re chased—those are counted separately as “turnbacks,” and for April, that number was around 14,500. Most likely, those people will continue to try until they get through.

The increasing gotaway number reflects Border Patrol’s focus being forced into humanitarian care as single males and females slip through the gaps.

The number of gotaways is being reflected in the issues that counties north of the border are currently facing.

At least five Texas counties have issued declarations of local disaster, while one school district is warning its parents to “please be watchful of your children as they are playing outside, walking home from school, or generally out of the house.”

Landowners and ranchers dozens of miles north of the border have long dealt with illegal aliens traversing their land as they try to evade Border Patrol highway checkpoints and law enforcement. They commonly leave gates open, which mixes stock; destroy fences and gates; light fires; break into properties; and steal valuables.

While the Biden administration has called the unprecedented surge in numbers a “challenge,” neither the president nor the vice president has visited the border.

On April 25, when a reporter asked Vice President Kamala Harris why she hasn’t visited the southern border, she replied, “I’m not going to play political games.”

White House press secretary Jen Psaki said on May 4, “After coming into office, our administration immediately jumped into action to address the influx of migrants at the border—something that began during and was exacerbated by the Trump administration.”