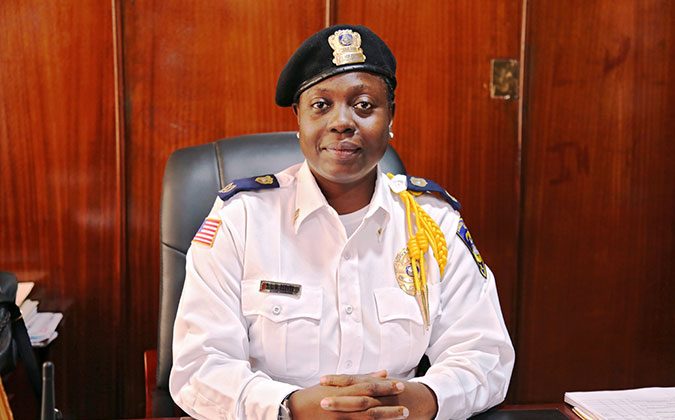 The United Nations has launched global efforts and resolutions to increase the number of women in police forces and peacekeeping.

On Aug. 29, 2017, U.N. Women released a new strategic plan committed to increasing the number of female peacekeepers. In it, they explain how they will work to increase the number of women mediators, negotiators, and experts sent to peace negotiations. They also support about 160 civil society organizations.

The organization is focused on contributing to peace, security, and humanitarian efforts. They will be deploying an average of 25 sexual and gender-based violence justice experts each year.

Sadatu Reeves had wanted to be a police officer since she was a child. Now, she is the Assistant Police Director for Administration in the Liberian National Police Force, which makes her one of Liberia’s three top commissioners.

Reeves is one of a growing number of women across Africa who are entering the police force.

As a result, the reporting of violence against women has increased, along with better treatment of female witnesses, victims, and suspects. There has also been a decrease in the number of reports of improper use of force.

This change began when Reeves graduated in 2004 with a degree in criminal justice, just after the Second Liberian Civil War (1989-2003).

“Even though the reputation of the police was badly tarnished and its morale was very low, I wanted to be part of the new breed of Liberian National Police Force (LNP) officers to help restore the image and pride of the force,” Officer Reeves explained in a U.N. Women report.

The U.N. Security Council resolution aims to create environments that protect women and girls from being casualties of wartime conflict. As a result, more countries have implemented national action plans and strategies regarding sexual and gender-based violence.

The role of women in peacekeeping goes beyond their educational and training backgrounds and can bring about change in direct ways. In Kenya, Officer Lucy Nduati finds that female survivors of violence communicate with her more easily than with her male colleagues.

President of the Mali Platform for Women Leaders, Doumbia Mama Koite speaks on how women have contributed to the nation’s economy. She has been working tirelessly toward improving women’s rights.