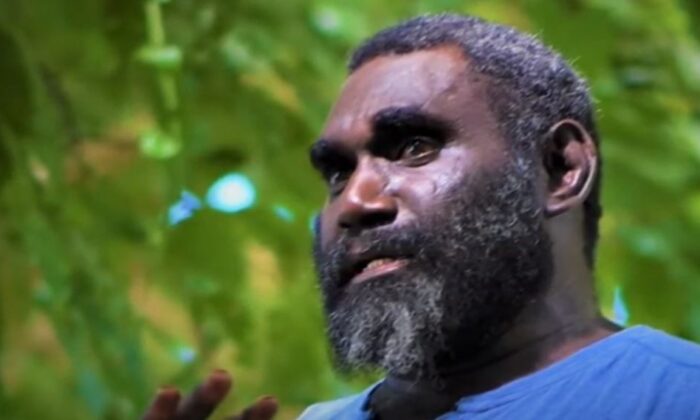 ‘Incorruptible’: The Man Standing Between Beijing and One of the World’s Largest Copper Mines

In the heart of the South Pacific region of Bougainville lies Panguna, home to one of the world’s largest copper mines.

President Ishmael Toroama knows he has a limited window to revive the mine and, along with it, the hopes of the soon-to-be world’s youngest nation.

Yet precarious waters lie ahead.

Millions of dollars of investment are needed, corruption remains a constant in the fledgling democracy, and the Chinese Communist Party’s (CCP’s) interest in the strategically important region is no secret.

What Makes Bougainville So Special?

Panguna mine has sat dormant for more than three decades after a bloody civil war erupted in 1988 forcing Rio Tinto to shut down the once-massive operation that powered the economy of Papua New Guinea—just north of Australia.

So valuable was Panguna that at its peak it accounted for 12 percent of Papua New Guinea’s national gross domestic product and nearly half of its exports.

The mine is estimated to contain around 1 billion tons of copper and 12 million tons of gold, with a worth of around $100 billion—rivalling some of the largest copper mines in operation today.

Yet it’s not only Bougainville’s resources that are so valuable.

The town of Arawa just north of the mine is home to a major deep-water port built by Mitubishi and Bechtel during the mining heyday. It was used for shipping ore overseas and could conceivably serve as a home for naval vessels.

Further, Bougainville’s location is critical. Wedged between Papua New Guinea to the west and the Solomon Islands to the east, the island region forms a chain with fellow Pacific Islands across the north of Australia and New Zealand.

Reviving Panguna From Its Blood-Stained Past

Tribal leaders know bringing Panguna back online will be the key to Bougainville’s future, which aims to be independent by 2027.

Behind the push is its president, Toroama, formally the defense chief of the Bougainville Revolutionary Army.

“Bougainville has been blessed by a miracle,” said John D. Kuhns, an American investor in Panguna who spends much of his time in the region meeting with tribal leaders and the president.

“Toroama is not only highly intelligent, but he’s absolutely incorruptible,” Kuhns told The Epoch Times. “He is the son of Christian missionary parents and very well-read, despite having to sacrifice his university education to go to war to protect Bougainville.”

The Bougainville Revolutionary Army fought the Papua New Guinean government after dissatisfaction with how Panguna was being operated and how profits were shared.

Tens of thousands of lives were lost during the bloody war, which waged from 1988 to 2001. It ended with the signing of the Bougainville Peace Agreement, which gave the region autonomy and the right for its citizens to vote for its leaders.

Bringing Stability to a Troubled Region

“In the Bougainville Peace Agreement, Papua New Guinea retained control of the police force,” he said. “The police force is worthless, they’re in it to get bribed. Ishmael is the real Texas ranger, the real cop who dealt with serious problems.”

While some have derided Toroama as a “street gang” leader, others have panned these claims as nothing more than mischaracterisations.

Kuhns himself has struck a close friendship with Toroama and is working with the president to build the Bougainville economy via Numa Numa Resources.

Numa Numa has already carried out major infrastructure works including construction of a major road and hydroelectric dam, assembling a limestone plant to create exports, and reviving the gold panning industry.

Kuhns has developed a tight trust with Toroama and tribal leaders, and set up residence in the region after locals grew frustrated with fly-by-night parties who tried to muscle their way in.

Specter of Beijing Hangs Over Bougainville

In 2013, then-President John Momis launched a stinging rebuke of the Panguna Mine Affected Landowners Association after it attempted to circumvent several stakeholders and lock in a deal with Beijing Aerospace Great Wall Mineral Investment Ltd.

The signed memorandum of understanding was for the Chinese firm to be involved in redevelopment of the mine.

“It has no legal effect. It is null and void as far as we are concerned. We will certainly throw it out,” Momis told the Australian Broadcasting Corporation on Aug. 14, 2013. He was Papua New Guinea’s ambassador to China from 2007 to 2010.

“The Chinese have tried for years to figure out how to get control of Bougainville, specifically the Panguna mine, and they’re not going to go away. They’ll keep trying as long as they can,” Kuhns said.

He said at one point, Chinese actors “bought and paid for” 10 mining licenses—sans a formal application—to build a 50-man camp in Panguna. However, this sparked a fierce response from the locals.

“That was later burned down by the customary land owners,” Kuhns said, “because the Chinese did not pursue any relationship with the people.”

Yet under the tenure of Momis, Beijing remained a preferred partner, with the leader signing several memoranda of understanding and backing the establishment of a Special Economic Zone with China in 2011.

Both ran in the 2020 presidential election, along with Sam Kauona, former general of the Bougainville Revolutionary Army, who openly stated he would align the country with Beijing over Taiwan.

Bougainville leaders are allowed to serve two five-year presidential terms, which means Toroama will need to get Panguna up and running by 2030 and also solidify the democratic institutions before and after the independence referendum in 2027.

“If you were to ask me, ‘Who’s Ishmael’s No. 2? Is there a very reliable No. 2 if something should happen to him?’ And the answer is, unfortunately, no,” Kuhns said.

“Everybody knows this, the people that I’ve talked to in Australia, but also in the United States and the higher reaches of government. What happens when Ishmael isn’t president anymore? What’s going to happen then? And honestly, it’s anybody’s guess. The same kind of thing that happened in the Solomons could happen here.”

Solomon Islands Prime Minister Manasseh Sogavare forged ahead with a secret security deal with the CCP in April—a moved that stunned democratic leaders.

The deal enshrined deeper ties between Beijing and the Solomon Islands, paving the way for Chinese authorities to station troops, weapons, and even naval ships in the region—which could usher in militarization akin to the South China Sea.

However, it’s not just deeper ties that have concerned South Pacific experts. Some have warned that Beijing’s involvement has allowed corrupt leaders to ignore rule of law and allow democratic institutions to erode. In fact, Sogavare faces immense pressure domestically from the opposition, provincial leaders, and even the population—exemplified by riots in November 2021 that saw the Chinatown district razed in the capital Honiara.

Yet the prime minister has managed to hold onto power and convince U.S., Australian, and New Zealand leaders that Beijing will not militarize the region—even grabbing an opportunity at a recent Pacific Islands Forum meeting to embrace Australian Prime Minister Anthony Albanese, which South Pacific expert Cleo Paskal says will be used to show the Solomons who was really in charge.

“You start to get this distortion in the society that creates an enormous amount of social anger,” Paskal, the senior fellow at the Foundation for Defense of Democracies, told The Epoch Times.

“If you are from a democratic background, you think that’s a bad thing. But if you accept this premise of ‘entropic warfare’ being the desired outcome from Beijing, you actually do want to create disruption within the society.”

Paskal said the South Pacific was a “petri dish” for Beijing’s ongoing use of entropic warfare—to erode a nation’s institutions to the point where it can’t react or deal with foreign interference.

“This is a template that is particularly easy to see in the smaller countries in the Pacific because the mechanisms of governance are thinner, the bureaucracies are smaller, and the parliaments are smaller,” she said, adding that Bougainville was no exception.