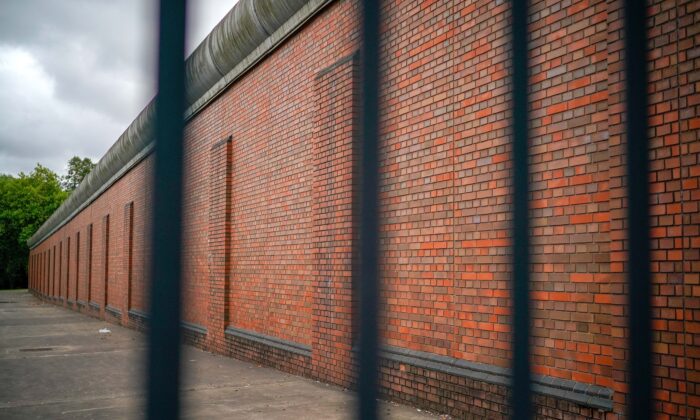 Islamist terrorists are particularly good at faking successful rehabilitation compared to other prisoners, with some studying psychology to better manipulate the work of prison therapists, a new analysis suggests.

The Counter Extremism Project (CEP) and the European Policy Centre (EPC) on Nov. 9 released a joint discussion paper, which examines the disguised compliance by terrorist offenders in European prisons.

Prison expert Ian Acheson, a senior adviser to CEP and a co-author of the paper, said that “many violent extremists have lived a life in the shade, evading detection and incarceration, and are adept at counter measures to conceal their true intent.”

The paper cited the example of Kujtim Fejzulai, who Austrian Interior Minister Karl Nehammer said had “managed to fool the de-radicalization program of the justice system” and gotten early release before killing four and injuring 22 in a series of mass shootings in Vienna last year.

It also mentioned London Bridge terrorist Usman Khan, who killed two people after being released early from prison. The UK has since introduced new legislation to prevent convicted terrorists from being automatically released from prison before the end of their sentence without the parole board’s permission.

But when it comes to non-Islamist terrorism, the paper said there are fewer examples of deception.

“Where they do emerge, such as in the case of the Christchurch extremist Brenton Tarrant, it is often related to a simple but devastating lapse in professional curiosity,” the paper reads.

Tarrant, a 28-year-old white Australian male, who self-identifies as a former communist-turned-eco-fascist, killed 51 worshippers at two Christchurch mosques and injured more on March 15, 2019, and live-streamed the slaughter.

Acheson argues the current approaches to manage risks of violent extremists are too “reactive, generic, and mechanistic” and are “over-reliant on collaboration and devalue frontline professional intuition.”

The paper’s other co-author, EPC’s senior policy analyst Amanda Paul, said that while a more comprehensive approach may be more expensive or time-consuming, allowing terrorists to fall through the cracks will result in “incalculable” long-term political and human prices.

Acheson and Paul urged EU member states to follow the UK and end the automatic early release of terrorist offenders in one of their 13 recommendations.

The more coherence consistent approach would reduce handovers and other risks and will allow long-term relationship-building with assertive intervention, the authors argued.

They also recommended utilizing new techniques such as AI and other means of biodata collection to better access the authenticity of the terrorists’ claims—when they are in prison or under remote surveillance after being released—researching the ‘countermeasures’ terrorists use, as well as more assertive surveillance including “covert human assets.”

To deradicalize terrorists, a more individualized approach is preferable to the current generic rehabilitation programs, the authors argued, as people are radicalized through different paths and therefore need tailored help to get out of violent extremism.

Acheson and Paul said ideologically motivated prisoners involved in risk assessment programs must have minimized contact, so they can’t share tips on how to “game the system.”

“Although highly controversial, this approach could challenge false narratives, humanise outgroups, and police deception,” the authors said, asking the method to at least be considered.