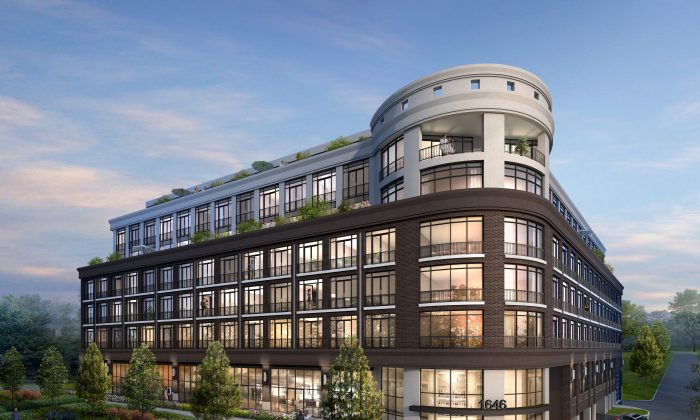 The GTA condo market is on pace to set new sales records in 2016, and Debbie Cosic and her team at In2ition Realty have been right in the thick of it.

“It’s been the best year in the history of our company,” Cosic tells Epoch Times in an interview at the brokerage’s Mississauga headquarters. Sales are up 25 percent and her firm has a slate of 44 active developments on the go across Canada.

In2ition is just over a decade old, notes Cosic, a company founder, “so we haven’t been through 20 to 30 years of real estate market ups and downs. But 2016 is the finest year we’ve had so far.”

The biggest challenge facing her operation at the moment is a lack of supply to sell. Cosic points to a handful of projects on her firm’s drawing board that have been plagued by approval process delays. “We’re constantly pushing for developments to get out of the gate.”

In2ition just came out of the gate with EV Royale, a luxury condo project in Mississauga by YYZed Project Management and Nurreal Capital. Buyers at this “uber luxurious” building can purchase a full floor, combining up to four units to create custom-designed layouts as large as 4,000 square feet, with terraces and unobstructed views of the Credit River. “Perfect for people coming out of $2 million or $3 million homes and wanting to buy a $500,000 condo.”

November also will see In2ition launch Manors of Mineola, a luxury townhouse development in Mississauga by Carlyle Communities and Fortress Real Developments; and another phase of single-family homes at Edgewood Greens, a master-planned community by Flato Developments in Dundalk, Ont. “The last phase sold out with a lineup out the door,” Cosic says. “There’s such pent-up demand for product that wasn’t released this year. It’ll likely push numbers through the roof.”

Next year In2ition will launch the ninth building at Amacon’s Parkside Village, Mississauga’s largest residential development. The latest phase at Parkside (602 units), which went on sale this year, attracted primarily end users with larger suites (up to 1,100 square feet) and 30,000 square feet of amenities.

Other launches in 2017 will include Symmetry & Engine’s Lake & East, a project in Oakville with waterfront views and ground-floor retail; the South Shore, a waterfront development on Lake Simcoe in Georgina by Fortress Real; and luxury townhomes for Biddington Group in Oakville.

In2ition will bring to market a luxury detached-home community in Caledon by Dunsire Developments, as well as a multi-phase condo project by Chestnut Hill near the Pickering GO station that Cosic says will boast “the highest condo towers the east end’s ever seen.” Her team will also launch a condo by Brookfield Residential in Bolton. “There hasn’t been one there in 10 years.”

Wherever the project is located, Cosic points to the significant demand from end users for larger units. “Historically young couples move into a condo for two or three years, then into a townhouse, and then move on to a detached home,” she says. But now, with the astronomical price of detached homes in the GTA, and an overall absence of product for sale, that window of opportunity has all but closed for most buyers.

It means far more end users are looking at condo projects than ever before, and they’re demanding all the amenities and comforts of detached community living: “They’re saying I want urban greenspace, a playroom for kids, a good gym, and it has to be close to schools,” says Cosic. “They’re realizing they could be living here for 10 or 15 years.”