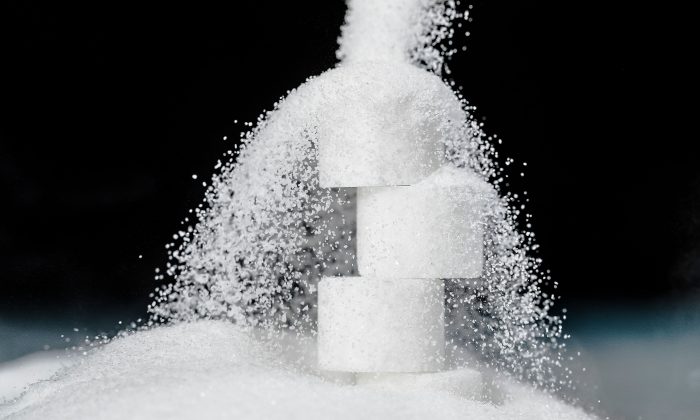 In Xinjiang, Even Buying Sugar Can Send You to an Internment Camp

For ordinary people, surveilled daily—even to enter one’s home—and treated as terrorists, life in the region turned into a depressing, prison-like existence
By Bitter Winter

White Sugar Controlled as a Material for Explosives

Considered as a top priority policy, stability maintenance for the Xinjiang authorities means total control of the population. The previously adopted measures included the requirement to engrave ID numbers on cutting tools and attached them to an iron chain before use; an order for businesses to purchase riot control gear to participate in compulsory drills; every day items are included into lists of strictly controlled articles, and many more.

The stability maintenance policy has brought great inconvenience to people’s lives. A prohibitionist measure introduced by the authorities in Xinjiang last year, however, is hard to comprehend: White granulated sugar has been listed as a controlled item as well, restricting and rationing its purchase. The measure has been adopted supposedly to regulate the sale of materials used for making explosives.

A resident from Shihezi City revealed that as early as last November, he was required to present his ID card when buying white granulated sugar. The salesperson told him that if he didn’t register his ID number, and the Public Security Bureau finds this out, he will be arrested and put in a “study class,” referring to compulsory indoctrination of people. The salesperson also revealed that once, a clerk sold white granulated sugar to a customer who didn’t bring his ID card, and was fined 4,000 yuan (over $ 510) and sent to “study.” Only a kilogram of white sugar can be purchased with one ID card, according to the new regulations.

Surveillance and control measures invade deep into people’s lives, restricting them in every respect. At the entrances to some residential complexes in Urumqi City, the capital of Xinjiang, one can frequently see people lining up outside the rotating gate, waiting to scan their ID card or face, to enter their home. The machine not only verifies the identity of residents; more importantly, it records the movements of people for further investigation. If someone doesn’t want to scan their ID card and tries to squeeze through the gate behind someone else, the revolving gate will stop moving, and both people will be trapped inside the gate.

According to locals, since last September, these identity-detecting revolving gates have been installed in many residential complexes in Urumqi. All the personal information of residents has already been entered into the system.

An elderly person said frankly that such complex entry procedures had caused a great deal of inconvenience. “In the evening, I want to go for a walk, but as soon as I think about how much trouble it is to scan my ID card when leaving and returning to the complex, I don’t want to go out anymore.”

When the revolving gate was first put into use, residents would often forget to bring their ID card and would need to contact a security guard to open the gate. “We even have to scan our face or scan our ID card when coming home. How is this ‘home’? It’s like being in prison!” a resident said with a sense of helplessness.

This situation isn’t limited to residential complexes. The identity-detecting gates have also been installed at produce markets and wholesale markets in Urumqi. People need to swipe their ID card to enter or leave the markets.

These measures are very unpopular with residents. A woman in her forties said bluntly that since this kind of gate was installed, she isn’t even willing to go to the market anymore. “This has caused much trouble for people,” she said. “Despite carrying so many things in your hands, you have to scan your ID card when exiting the market. There are so many people going through the gate, and you have to wait in line. It is very tiring. The main thing is that it’s a complete waste of time.”

Merchants are also upset about this. However, fearing retaliation from authorities, they suppress their anger and don’t dare to speak out. A shop proprietress complained that the measures are bad for business because people don’t want to come in. “Business at our market isn’t as good as it was before. But no one dares to say anything about it now,” the woman said with fear. “Anyone who speaks out will be arrested. The government guards against the common people even more strictly than it guards against thieves.”

People walking on the streets of Urumqi may also be required to hand over their cellphone on the grounds of testing it for explosives at any time. If the police have any suspicions, they can even arbitrarily look through the content of one’s cellphone. As a result of such high-pressure control, people feel insecure; many are unwilling to live in Xinjiang anymore.

An elderly person who moved to Xinjiang told Bitter Winter that if such measures continue, people will move out, and no one will be willing to come to the Uyghur region. “We’re inspected when walking on the streets. We have to swipe our ID card when entering our residential area or when going to a market,” said the man angrily. “It has been five years since I came to Xinjiang, and we’re still being inspected like this. Are we criminals? Are we terrorists?”

A man from inner China who came to visit relatives in Xinjiang thinks that the government-imposed control measures are too strict. “I don’t want to stay here,” he added.

A merchant at a shopping mall revealed that three people jointly owned it. By July 2018, two of the owners had withdrawn their capital and left Xinjiang. Out of the 46 shops, initially set up at the mall, only 11 remain.