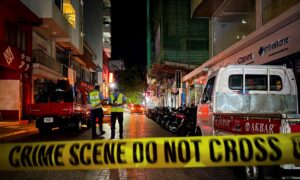 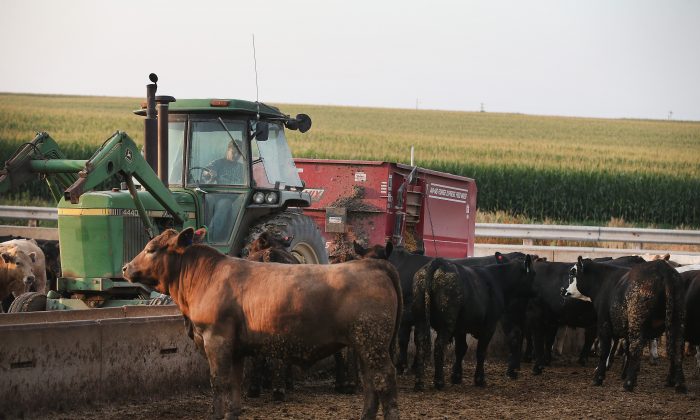 Ted Fox feeds cattle on his farm on August 9, 2014 near Osage, Iowa. In retaliation for sanctions imposed on them, Russia announced a ban on food imports from the United States and other nations. (Scott Olson/Getty Images)
News

In Trade Wars, Everybody Loses

Exactly 100 years ago, a conflict erupted in Europe, which was then called the Great War. And while the political and military escalation into war is intriguing, it was trade, which stopped first. The trade wars, which morphed into World War I should put the sanctions and countersanctions against Russia into context and remind the West that everybody loses.

The World Trade Organization report on world trade from 2007 succinctly summarizes the trade frictions before World War I.

“Strong animosity prevailed in France toward Germany due to the loss of territory (Alsace, Lorraine) following the war of 1870/71 [the reader can substitute this part for Ukrainian territory]. In the two decades prior to World War I, a number of tariff wars broke out, usually provoked by the establishment of a new, more protectionist tariff, or in the course of renegotiation of bilateral treaties. After the expiry of a treaty, tariffs were often raised temporarily as a means of improving negotiating leverage.” Sound familiar?

Most of the Western press is trying to make us believe that Russia is on the losing end of this trade war. “US Sanctions not Mere ‘Trifles’ for Russia’s Oil Industry,” writes Guy Chazan of the Financial Times. And he is right. Russia depends on Western technology for oil exploration and its huge state-owned energy companies need access to Western capital markets.

But guess what, Western companies either make money selling equipment to Russia or, like ExxonMobil, eagerly want to explore relatively cheap oil formations in the Arctic or Siberia.

If they cannot, they’ll have to look for more expensive oil elsewhere. Russia likewise will be hindered in supplying cheap oil, driving up prices on the world market, all other things being equal. The losers are the companies on either side and consumers worldwide. Governments also lose out on the tax revenue.

Without planned revenue for new equipment, oil services companies like the Netherlands Fugro and America’s Schlumberger will have to scrap their marginal research projects. As a result, innovation will suffer in the long term.

Benjamin Triebe and Joachim Jahn of German daily Frankfurter Allgemeine Zeitung go out of their way to point out that Russia—because of countersanctions—will lose $43 billion in food imports from the West.

Their analysis is correct in saying that Russia will have a hard time replacing these goods with wares from Turkey and South America and that Russians will either not have the same selection and/or pay higher prices.

Russia can and will ramp up internal production but will only be able to do so at a higher price and probably lower quality. Either way, the Russian consumer will pick up the tab.

They fail to mention, however, that mostly European companies will have a hard time finding buyers for the exact same amount of $43 billion. Some smaller companies in Poland or Estonia might even go bankrupt because of this. If sanctions are sustained, this whole exercise might even lead to a decrease in supply to the West, as companies adjust their cost structure to a lower revenue base. Jobs will be lost and investment curtailed. Again, losers on either side of the new Iron Curtain.

Cynics might say that Europe could just add the unwanted produce to its infamous milk lakes and tomato mountains created by the wasteful common agricultural policy, but taxpayers would hardly appreciate an increase in the EU’s budget.

Then, there are Japan and South Korea. The two Asian countries have never really enforced trade sanctions because of their export-dependent economic model. Interestingly enough, Japan is not part of Russia’s countersanctions—not that it exports much food anyway.

Japan even became infamous by selling sensitive submarine technology to the Soviets in the 1980s. Countries subverting sanctions will actually be the only winners in this trade war and it remains to be seen how long Germany, which competes with Japan in many capital intensive industries, will play this game.

So as much as Putin is a dangerous fellow that needs to be dealt with properly, the West shouldn’t be fooled into thinking it has the upper hand when it comes to economic sanctions