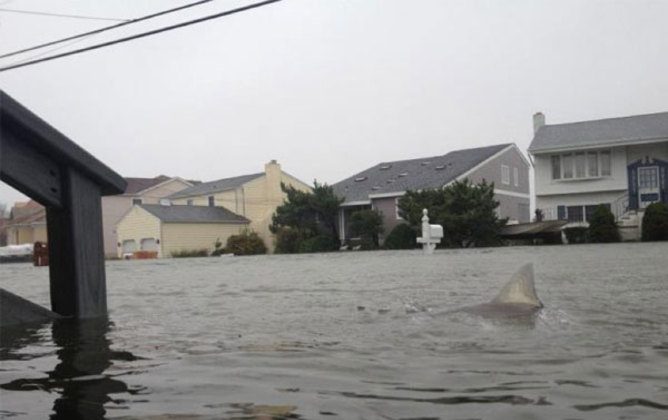 Shark in flood waters after Hurricane Sandy (The Conversation)
Opinion

In the Unverified Digital World, Are Journalists and Bloggers Equal?

Amongst the many challenges facing the field of journalism in the move from print to digital, the question of what distinguishes a journalist from a blogger has been a perennial one. This is not just an existential crisis for journalists contemplating their relevance in a digital age, it has real life ramifications as a recent libel case has highlighted. In the case, Crystal Cox, a blogger, was sued for libel to the tune of US $2.5m. The subsequent appeal in the 9th U.S. Circuit Court of Appeals however turned on whether Cox was entitled to be treated as a journalist under which circumstances, she might be protected. The court decided she was ordering a new trial, declaring: “With the advent of the Internet and the decline of print and broadcast media… the line between the media and others who wish to comment on political and social issues becomes far more blurred.”

Aside from a legal distinction between bloggers and journalists, other commenters have argued that the distinction rests on practice.

Journalists will attempt to use primary sources for information whereas bloggers “typically” may rely on secondary, or already published sources. The problem here is that as self-identified journalists have made the transition from daily print to continuous 24/7 online news, they themselves have had to learn what it actually means to report and comment on news in a digital world. Here, it is not clear that the journalists have had any particular advantage over bloggers. They have had to learn new skills and the news organisations they work for have had to adapt to new ways of collecting and reporting news. In fact, given that a blogger’s natural medium is digital, the advantage in many cases could be said to rest with the bloggers.

The situation has become even more complicated as the source of news moves increasingly away from traditional channels to the millions of people carrying mobile phones and sharing commentary, photos and video on social networks.

Making sense of this type of information has been as much a challenge for journalists as it has bloggers. Journalists, like bloggers, have had to learn new skills in working in this environment.

In addressing part of this skills gap, the European Journalism Centre has released a handbook called the Verification Handbook. Although aimed at dealing with information arising out of emergency situations, the principles apply equally to everyday reporting, irrespective of who that reporter happens to be.

The case studies detailed in handbook outline the difficulties of fact checking what is called “user-generated content” or UGC. These are the videos and images posted by people who happened to be on the scene of an event. Although it is tempting to simply take a video of a bomb explosion at face value when it appears on Twitter, YouTube of Facebook, reporters or commenters will always need to establish the reliability of the piece of content. With digital content, this becomes harder because it is so easy to scrape content from any source and repost and potentially modify that content in any number of different ways.

The challenge facing anyone trying to use user-generated content is how to verify that it is actually what it purports to be.

Perhaps to highlight the fact that journalists have no special claim on making reliable claims based on digital media, the handbook authors show in one case study how the verification process was used to examine a headline in the Washington Post that alleged that “Shocking photos, video show Egyptian protesters pushing armored police vehicle off bridge”. Through analysis of the video and other videos taken from different perspectives, Christoph Koettl working at Amnesty International was able to demonstrate that the video in fact showed no such thing.

The point of this is that the handbook is aimed at anyone reporting or commenting on news in the digital realm. It makes no distinctions here between journalists and bloggers and in fact, the techniques and resources are such that anyone can use them to help verify information that they are reporting on. One of the key tenants in all of this is establishing an idea of the reliability of sources. This allows reporters to not have to always go back to an original source, or get a secondary source of a piece of information.

The general public automatically assumes that reporters working for a news organisation like the New York Times, the ABC or the BBC are likely to be trustworthy and reliable, there is really no reason to not reach the same degree of trust of anyone writing on the Internet. The key is professionalism, and this is an attribute that is open to anyone on the Internet, paid or unpaid.