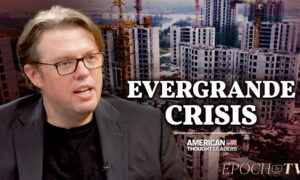 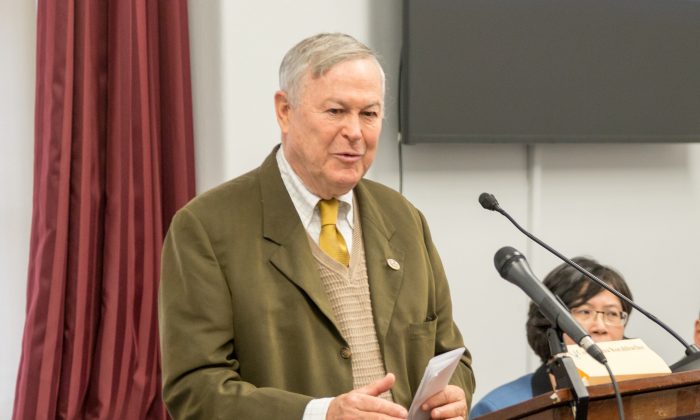 “Our No. 1 challenge in the years ahead is [dealing with] a fascistic, totalitarian, aggressive China,” said Rohrabacher. “If the situation continues the way it is in China, if you have an unbridled force like that … there will be horrible things happening to all the countries in the world within our lifetime.

“[China has a] fascist state dictatorship, trying to control people’s life in a dictatorial way without any opposition and press, and it’s taking away resources from people who are less powerful.”

Serving as a senior member of the House Committee on Foreign Affairs, the congressman from California is outspoken on international relations. He is particularly well-known for being a long-term critic of the CCP and its many abuses of human rights, among which he has repeatedly singled out the persecution of the spiritual practice Falun Gong (also known as Falun Dafa) as one of the regime’s greatest sins.

Rohrabacher stressed that the solution for the United States is in working with the Chinese people. “Our hope for peace with China rests on the people of China, and not in [siding with] the government of China,” he said.

Rohrabacher delivered his remarks at a forum titled “Human Rights Abuses and the Tuidang Movement in China,” held on Capitol Hill and sponsored by the Tuidang Center.

“Tuidang” translates literally as “withdraw from the [communist] party.” The Tuidang Center says it is in the business of “freeing hearts and minds in China,” and it works to “assist all Chinese people worldwide to renounce the Chinese Communist Party and its affiliated organizations.” These include the Young Pioneers and the Communist Youth League—of which nearly all young people in China are members.

The CCP considers such a withdrawal a dissenting act, since the Party does not allow its members to leave. They can only be kicked out by Party leadership.

Our No. 1 challenge in the years ahead is [dealing with] a fascistic, totalitarian, aggressive China.
— Dana Rohrabacher, congressman

Started in 2004, the Tuidang Center has recorded more than 292 million renunciations by Chinese people inside China and around the world. For safety’s sake, they usually use pen names.

Rohrabacher praised the Tuidang movement for giving Chinese people living under the one-party dictatorship a chance to get out and to not participate in the repression.

The persecution of Falun Gong in China was an important theme of the forum.

King said that he has supported the many congressional resolutions condemning the Chinese regime’s persecution of Falun Gong because he believes the persecution is a trampling on the fundamental rights of freedom. “They just want to peacefully worship and live free,” King said, of Falun Gong practitioners.

Falun Gong involves practicing meditative exercises and living according to the principles of truthfulness, compassion, and tolerance. In 1999, then-leader of the CCP Jiang Zemin, fearing the popularity of Falun Gong, ordered a systematic persecution of the practice, in an effort to eradicate it from China.

One case of such human rights abuses was described at the forum by Xu Xinyang, a 16-year-old girl originally from China. Xu related how her father was imprisoned in China for practicing Falun Gong and died in 2009 due to the torture and the poor conditions he suffered in jail. Xu and her mother, who was also wanted by the police for the same “crime,” narrowly escaped China that year, and the two of them have since resided in Maryland.

Du Haipeng, who also lives in Maryland, came to the forum to raise awareness about the case of his mother. Yuan Xiaoman of Dalian was arrested in 2016 and sentenced to 42 months in prison for attempting to file a lawsuit against Jiang for crimes against humanity. Du’s father was also arrested in the early years of the persecution, jailed for three years, and severely tortured.

Congress recently has been taking an increasingly tougher stance against the Chinese regime. One week prior to the forum, on Dec. 13, the Congressional-Executive Commission on China held a hearing titled “The Long Arm of China: Exporting Authoritarianism with Chinese Characteristics.” Congressional members and the experts who were called to testify all expressed urgent concern that the Chinese regime is not only oppressing its people at home but also extending its authoritarian reach overseas—including to the United States

The forum was moderated by professor Sen Nieh, vice president of the Tuidang Center, and featured a number of well-known critics of the Chinese regime including famed human rights activist Chen Guangcheng, who outlined some of the latest human rights abuses in China. Trevor Loudon, a New Zealand-based author, compared the Chinese regime’s influence operations targeted against New Zealand with those mounted against the United States.