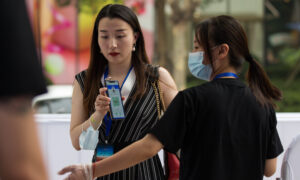 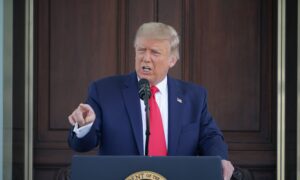 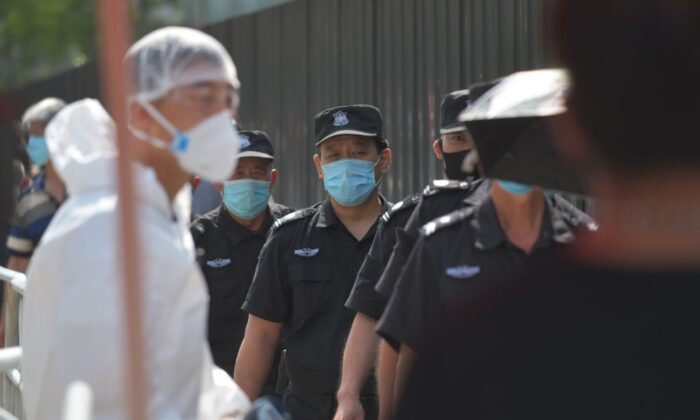 In the Name of Fighting Pandemic, China Strengthens Surveillance State

The Chinese regime has taken advantage of the current pandemic to step up surveillance of citizens, with local security bureaus—akin to police departments—working closely with hospitals and other medical institutions.

Based on a number of leaked documents obtained by The Epoch Times and a review of announcements made by Chinese authorities, police have obtained broad powers to collect health data and track citizens’ movements as authorities have tried to stop the spread of the CCP (Chinese Communist Party) virus, commonly known as the novel coronavirus.

In a leaked document issued by the health commission in Daxing district of Beijing on June 26, authorities requested that police and health officials work together closely to “enter households and investigate.”

The operation was named “security bureaus inspect and gather big data,” whereby police would record their interviews with people at home. Health officials would then collect biological samples, including throat tissue and blood, from “high-risk people” who had been to a local market called Xinfadi.

In mid-June, the city of Beijing experienced a new wave of infections. Local authorities claimed that the Xinfadi market was ground zero for the outbreak.

“The effort to collect big data should not slack off,” stated a notice dated June 26 that was issued by health authorities in Baoding city, Hebei Province. It listed the chief duties of special government teams set up for combating the virus, and said authorities should identify “important targets” to be tested for the virus in the following three days.

Big data collection also involves the use of facial recognition cameras. For example, the security bureau, or police, in Wenshang County of eastern China’s Shandong Province, announced on its WeChat social media account in February that it had just completed the task of upgrading its surveillance cameras in the region in an effort to combat the virus.

According to the WeChat post, high-resolution facial recognition cameras were installed at 3 local public hospitals, 14 health centers, and 30 supermarkets.

The Wenshang police demanded that these locations “strengthen their effort” in ensuring the cameras stay online, as they would be used for “epidemiological investigations.”

State media reports about such investigations describe tracking down people whom infected patients might have come into contact with.

And in Shanghai, police demanded that the city’s health facilities install facial recognition cameras that are able to distinguish people’s faces even when they’re wearing a protective mask, according to a March 13 announcement. It also requested that these facilities purchase a system that can pass on the data to police.

Chinese authorities have also adopted the widespread use of health code apps to monitor people’s movements. A barcode indicating a citizen’s COVID-19 risk is scanned at public checkpoints, or in some cases the entrances to apartment complexes.

In at least one area, the health code app was developed by local police. In February, police in Hure Banner located in Inner Mongolia, stated that it had successfully expanded an existing registration system to monitor people coming in and out of the region to a QR code system to be used at all “medical institutions” in the region, according to Chinese state-run media.

“Is the method proportionate? Do they collect the minimum data necessary for containing the pandemic?” Chou said in an email to The Epoch Times. “Once the surveillance tools are built, it might be hard to stop it in the future.”

It is also unclear whether authorities would delete or retain the data they collect, Chou said.

She’s also concerned whether there’s a way for citizens to “challenge the decisions made through the tracking systems.”

The pandemic also paved the way for Chinese police to extend their physical presence at health facilities.

The health commission of the Beijing municipal government issued a document on June 18 demanding that local disease prevention centers each send a staff member to the city’s police bureau. Such staff must be on standby 24 hours a day. Additionally, these centers must report “basic information regarding all infection cases” to the police bureau right away.

The health commission claimed that these measures were meant to “facilitate communication” as part of an effort to better track down people who have come into contact with those infected.

The General Hospital of Yangtze River Shipping, located in Wuhan, where the virus first emerged, issued a public “thank you” letter to the local police in March. The hospital thanked the police for stationing officers at the hospital 24 hours a day and “doing a good job in thought stability control of patients and their families.”

A month earlier, on Feb. 15, the police in Changbai County, located in northeastern China’s Jilin Province, stated on its WeChat account that it was stationing its officers at the county’s hospitals 24 hours a day for the objective of “maintaining strong stability.”

Both “thought stability” and “maintain stability” are the Communist Party’s jargon for controlling local populations.

For example, the term is used in announcements by Xinjiang authorities about stamping out any indication of public protest or dissent. The Chinese regime has heavily suppressed the local population of Uyghurs and other Muslim ethnic minorities, including by detaining roughly one million inside concentration camps.