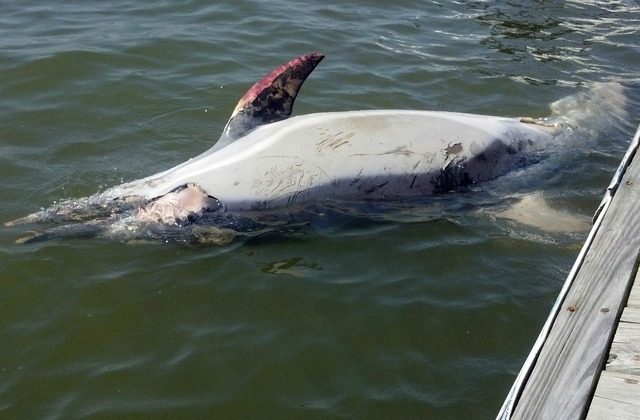 Staff from the Riverhead Foundation take the dolphin to a facility on Long Island. (Courtesy of Matthew Katz/DNAinfo)
US

In the Hudson River, a Dead Dolphin Surfaces

The sight was a dead dolphin.

The carcass turned up several days after local news media DNAinfo.com reported sightings of a dolphin swimming in the Hudson; though it was unclear if the dolphin was the same one.

“We won’t know if it’s the same dolphin until we match the dorsal fin,” Kimberly Durham, rescue program director and biologist with The Riverhead Foundation for Marine Research and Preservation, told DNAinfo.

Scott Seisler, general manager of the marina at Chelsea Piers, told DNAinfo.com he discovered the floating carcass around 7 a.m. Thursday morning and immediately called the Coast Guard. A team from The Riverhead Foundation will examine the dolphin to determine the cause of death.