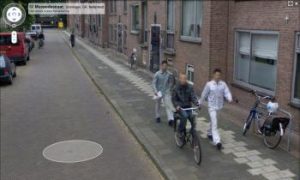 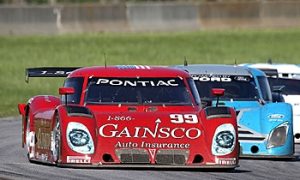 Gurney Wins Overall, Pontiac Sweeps at Grand Am VIR 250
0
US

In the Chick-Fil-A Bowl Parade, a Persecuted Family Finds Meaning

ATLANTA—As they have for many years, local Falun Gong practitioners walked in the Chick-Fil-A/Peach Bowl Parade on New Year's Eve. They had folded elaborate paper lotus flowers to give spectators. For Irene Gao of Los Angeles, the celebration marked a watershed. She was visiting friends in Atlanta for the holidays. Among horses, beauty queens, Shriners, drum majors and firemen, Gao smiled and held herself proudly upright, holding a blue and white silk banner. She had not walked in the Chick-Fil-A Parade before.

"It is my honor and pleasure to carry a banner for Falun Dafa [also known as Falun Gong]," said Gao after the parade. "I feel very glad, very happy. It's a very big change in my life after I came to the US. We were persecuted over ten years. I really feel so happy when I can parade in public in the street and hear the music and carry the banner of our Dafa.

Dafa means great way or great law. Falun Gong is a traditional spiritual practice which involves exercises, meditation, and following the ethical principles of truthfulness, compassion and forbearance. The Chinese regime has been persecuting its practitioners since 1999, in a campaign the UN has described as genocidal.

Gao and her son fled Shanghai, China in 2010 to escape the Communist Party's persecution of Falun Gong practitioners. Her aunt, Li Juan Tang, has been illegally detained in Guangdong Women's Prison for more than three years. Her cousin was persecuted to death.

Gao knew she had to emigrate after a visit to her aunt. “I came to the jail to visit her. Someone from the 610 office, (an extra-judicial secret police force, set up to persecute Falun Gong practitioners), they talk with me and do not permit me to see my aunt. At that time I feel afraid. They have my ID. They know where I live. I think it’s dangerous.”

Gao left her home in Shanghai and her job with a well known insurance company in January 2010. She had previously left her home town of Dalian “because the persecution in Dalian was very heavy.” But she soon found that “the situation is very heavy in Shanghai.”

Like her fellow Falun Gong practitioner, Louis Lu, she has contributed to the Chinese language Epoch Times since she arrived here.