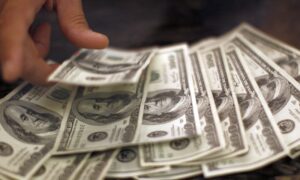 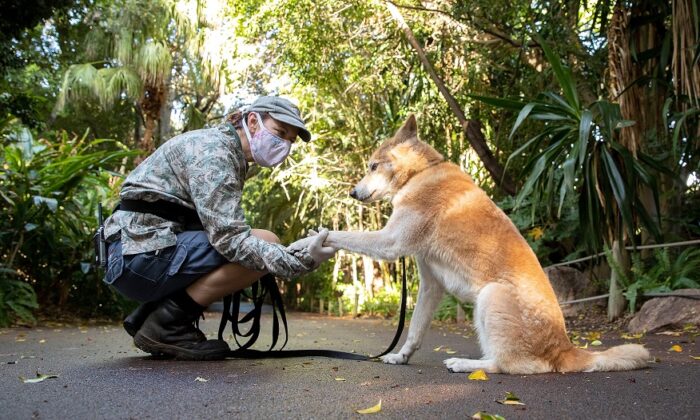 A Perth zoo keeper interacts with Mirri the Dingo whilst on a walk at Perth Zoo in Perth, Australia, on April 23, 2020. (Paul Kane/Getty Images)
Viewpoints

In the Case of the Dingo, We See Wishes Forming Beliefs

It is easier to adhere to preconceived ideas than to follow wherever the evidence may lead. Intellectual honesty is more often praised than practised, and more people read to confirm what they already think to be the case than read to expand their mental horizons.

Perhaps it would be a good idea if, instead of making new year’s resolutions, we reflected upon how many ideas or opinions we had abandoned in the previous twelve months in the light of evidence. I suspect that in most cases it would not be many, or even a single one. I do not exclude myself from this generalization.

In his “Autobiography,” Charles Darwin said that he always noted down anything that made difficulties for his theory, for otherwise he was sure to forget it.

I doubt that he was alone in this propensity; and many of us can “smell” in advance, so to speak, what might disturb our pre-conceptions, and therefore avoid reading or listening to it.

This is not to say that we can do away altogether with preconceptions and prejudices. Such is impossible, and what is impossible cannot be desirable; even if it were possible, however, it would be foolish.

What is possible, though, is to make ourselves aware of our preconceptions and be willing to test them against evidence and abandon them if necessary. By necessary, I mean intellectually necessary.

An interesting example of this influence of wishes on thoughts is the discussion in Australia, sometimes impassioned, over the status of the dingo, apex predator of the Australian ecosystem. Is the dingo a separate species, or is it merely a domestic dog that went feral a long time ago?

You might think that was simply a scientific question, one for mammal taxonomists and geneticists to sort out. Either the dingo is a separate species or it is not. But in fact there is plenty of room for disagreement on this point, in part because the concept of a species is itself sometimes a little fuzzy.

That the dingo is at the least a very close relation of the dog, Canis familiaris, is beyond dispute. It is also agreed that its ancestors arrived on the continent some thousands of years ago, from what is now Indonesia.

The dingo can interbreed with domestic dogs (the ability to interbreed without producing sterile offspring such as a mule being one criterion of speciation), but—according to recent research—rarely does so.

Most dingoes are pure dingoes and after the first weeks of life cannot be domesticated. It is clearly different from a poodle.

The dingo is, if course, a carnivore and on rare occasions is dangerous to man, especially to children. It kills sheep and cattle in substantial numbers, and livestock farmers regard it as a pest. There are up to 50,000 dingoes in the wild.

Does it matter in practice whether or not they are a separate species?

Thanks to human legislation as it is at present, it does. If the dingo is a separate species, it would be protected by laws that protect the native fauna of Australia.

If it is not, in other words if it is merely Canis familiaris gone to the bad, it would not be protected and would be fair game for farmers who wanted to eliminate it as a pest.

The longest continuous fence in the word is in Australia, protecting livestock-farming areas from the predation of dingoes. It is alleged by biologists that the presence of dingoes, or more dingoes, on one side of the fence than the other demonstrates that they have a protective effect on the diversity of fauna because, being the apex predator, they limit the numbers of imported carnivorous competitors such as the domestic cat and the fox, which are far more destructive to small animals. (Australia has an immense number of species of small marsupial and other mammals, some of which are in danger of extinction because of the erosion of their habitat.)

The dingo question divides along the following lines: those who value livestock protection more than nature think of the dingo as a kind of blot on the landscape, and have no objection to their elimination, while those who value the natural world and biodiversity more wish to protect it.

I am not a nature mystic: something is not good just because it is natural. I should welcome the total elimination of the large intestinal worm, Ascaris lumbricoides, for example.

And yet, though I cannot count myself a lover of the wilderness, I do feel a sadness when many species become rare or extinct.

The Tasmanian tiger, Thylacinus cynocephalus, the largest marsupial carnivore, was hunted to extinction because it, too, was accused of harming the livestock industry of the island; and it is heart-breaking to see the footage in Hobart zoo in 1936 of the last Tasmanian tiger alive.

It had no concept of its own death of course, let alone that of the extinction of its species, but still I cannot help but feel the tragedy of it, and that the world is a slightly poorer place without such animals.

Certainly, ever since its death, many people have devoted much of their spare time, and even their lives, to trying to find survivors in the wild, as others try to prove the existence of flying saucers or the Loch Ness monster.

Though it is unlikely that I shall ever visit Tasmania again, I should rejoice if there were conclusive proof of the continued existence, rather than just alleged sightings, of the Tasmanian tiger.

What is interesting, however, from the psychological point of view is that those who think that the dingo is a valuable part of Australia’s native fauna and want to preserve it tend to argue for its being a separate species, while those who think it is a pest argue for it being merely a dog gone wrong, as it were.

Strictly speaking, the question of whether or not it is a separate species should have nothing to do with whether or not you like it and wish to preserve it. But a matter that is supposedly one of fact, and fact alone, is subordinated in many people’s mind to one of value.

It ought to be possible to think that the dingo is a dog gone wrong and wish to preserve it, or alternatively that it is a separate species and wish (as I do with Ascaris lumbricoides) to eliminate it. But it is not usual to do so.

The effect of our wishes exerts a powerful influence on our beliefs of what is actually the case. Probably this is an inevitable feature of human psychology. It is only by being aware of it that we can avoid its dangers.