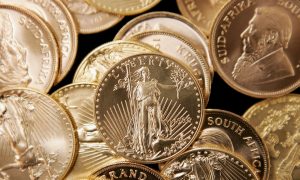 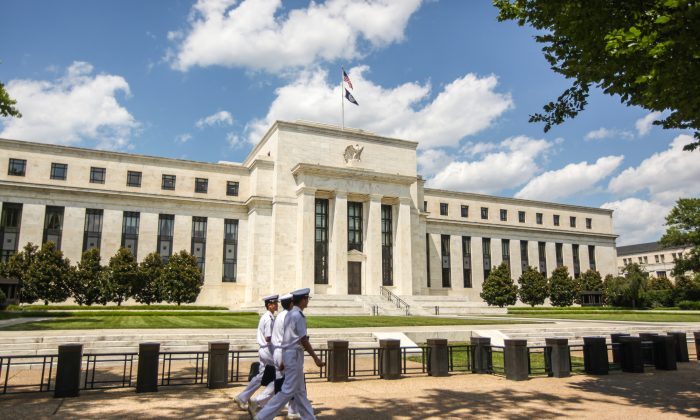 In Support of Judy Shelton’s Nomination to the Fed

With President Donald Trump’s two previous nominees to the Federal Reserve Board of Governors—Stephen Moore and Herman Cain—having withdrawn in the face of stiff resistance in the Senate, the president has nominated two economists—Judy Shelton and Christopher Waller—to those posts.

Waller’s nomination seems safe. He’s an insider, the current executive vice president of the Federal Reserve Bank of St. Louis. Shelton, on the other hand, is encountering some resistance because she’s an unconventional choice. Her opponents condescendingly scorn her as a “goldbug,” because of her minority viewpoint that the dollar should be backed by gold.

Greg Ip, the erudite economics writer for The Wall Street Journal, questioned whether Shelton is suitable for the position in his most recent column. (It should be noted that the Journal’s editorial page unhesitatingly supports her nomination.) Monetary policy and its political ramifications are incredibly complex, far from an exact science, and people of goodwill can disagree strongly about them. Let me say that while Ip makes some valid points, he’s off target on others, and so I disagree with the doubts he raises about Shelton’s nomination.

Is a gold standard “impractical”? Yes, it is today, but it shouldn’t be. A gold standard is unsustainable, thus impractical, in a country such as ours where the government doesn’t control spending and balance its budget. Gold is “honest” money. Is it “dangerous”? Yes, but only to power structures that depend on fiat money (i.e., money unbacked by anything of real nonmonetary value) for their perpetuation.

One reason why Shelton favors a gold standard is that it has a virtue that Ip acknowledged in his article: “When all countries were on gold, it made exchange rates stable and predictable.” Indeed, a multinational gold regime facilitates free and fair trade—a Trump policy goal that most politicians at least pay lip service to. Contrariwise, spasmodic exchange rate fluctuations complicate and undermine free trade.

The problem is that politicians both here and abroad want the benefits of a gold standard without having to submit to the discipline on government spending that gold imposes.

At the midpoint, Ip’s article becomes problematical. He writes, “To goldbugs … the gold standard’s main appeal is ideological.” Why “ideological”? Aren’t ideologies belief systems that people cling to even when confronted by overwhelming evidence that what they crave doesn’t work as advertised (see “socialism”)? Advocates of a gold standard do so for reasons of benevolence. They want a currency that’ll hold its purchasing power and that makes it harder for government to absorb and commandeer private functions through the printing press. The monetary ideologues today are those who advocate fiat currencies that transfer economic power from Main Street to the governing elite.

Ip chides Shelton for having “accused the Fed of printing money to finance Mr. Obama’s deficits.” That sounds like a fairly accurate accusation to me.

We can debate whether the various rounds of quantitative easing (QE) financed the Obama deficits directly, but the Fed’s ZIRP (zero interest rate policy) certainly did make it easier for President Barack Obama to run immense deficits. The Fed enabled Uncle Sam to “tote the notes” of federal debt more easily by driving down its annual interest expense. Concurrently, ZIRP deprived millions of American savers of the ability to earn modest, safe returns on their savings at banks. In essence, under ZIRP economic power shifted to Washington and its Wall Street auxiliaries at the expense of the U.S. middle class.

As for Shelton’s 2011 declaration that inflation would “inevitably result” from the Fed’s money creation, she appears to have been wrong in the short term, but may prove to be tragically correct in the long term.

To explain: In the short term, prices didn’t rise much in response to the Fed’s money printing. OK, so Shelton doesn’t have a crystal ball. Nobody does. Recall that former Fed Chairman Ben Bernanke famously stated, circa 2007, that the housing market wouldn’t have a significant impact on the economy—only to have the housing bubble burst and trigger a financial crisis that became the Great Recession.

We’re all learning about the effects of various Fed policies as we go. We can see now in retrospect that the Fed’s policy of paying banks to hold excess reserves rather than lend those funds out to finance private-sector economic activity (a policy that Shelton has openly criticized) restrained consumer prices, even as government spending soared—another way in which economic power was siphoned from the private sector to the public sector.

In the long term, though, it’s possible that the chickens of the multi-trillion expansion of the Fed’s balance sheet during the QE years will ultimately come home to roost in dollar depreciation. Then, the dollar may lose its status as the global reserve currency and domestic prices might soar. Let’s all hope it doesn’t, but we need people on the Federal Reserve Board who, like Shelton, want to avoid a return to the destructive inflation of the 1970s.

I agree with Ip that Shelton appears to be somewhat partisan. He also writes, though, that the Fed “prides itself on political independence.” Does anybody really believe that the Fed is above partisan politics? After pursuing ZIRP-like policies to the very end of the Obama presidency before finally starting to raise rates shortly after Trump became president, how can anyone believe that the Fed is free of partisan sympathies?

Another example: Janet Yellen displayed her partisanship for all to see by using her authority as Fed chair to try to persuade economists to jump on board the progressives’ climate change agenda and urge Congress to pass a tax increase (i.e., a carbon tax). That was totally inappropriate, and is a sure sign that a fresh voice such as Shelton’s should be added to the board of governors.

Shelton is 100 percent correct when she questions why a dozen people (the Federal Reserve Board of Governors) should set the prices of capital (interest rates) any more than they should set the price of cars, houses, or bubble gum. Markets can do that and do it better—as they did before there even was a Federal Reserve system. Shelton opposes policies that would be more at home in a centrally planned economy. That alone is reason enough to confirm her.