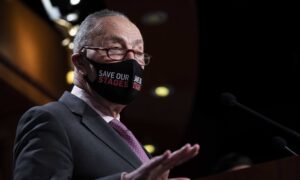 When he called an election two years ahead of schedule, Sri Lanka’s long-serving President Mahinda Rajapaksa had little fear of being unseated: He had successfully crushed a bloody insurgency led by the Liberation Tigers of Tamil Eelam (LTTE) that had ravaged the nation for decades, and held firm control over all branches of government.

But when the votes were counted, Sri Lanka had elected a new leader. The cause was a widespread and unexpected decline in support for Rajapaksa by several key constituencies. While Rajapaksa had expected the Tamil vote (12 percent of the electorate) to go against him as in previous polls, he had not accounted for the near-complete desertion by other minorities; the Muslim and Christian communities, which together account for 18 percent of the electorate, had earlier been his supporters. Almost all of Rajapaksa’s votes came from the Sinhalese Buddhist majority, but even here—his bastion of support—his percentage of the vote declined.

Behind the numbers is a country that has historically been more democratic, freer, more developed socially, and more prosperous than almost any of its South Asian neighbors. The perceived decline in each of these metrics was behind Rajapaksa’s defeat. The decline in personal and political freedom was particularly important in a country that has successfully, but all too often not without struggle, retained its democratic traditions. The harsh methods used against Tamils, not just during the campaign against the LTTE but subsequently, was complemented by increasing official tolerance of attacks on all minorities and official restrictions on the opposition Sinhalese leadership.

The opposition, which had been in disarray prior to the election (in part because of Rajapaksa’s repressive actions) coalesced behind Maitripala Sirisena as their candidate. Sirisena, like Rajapaksa and most of Sri Lanka’s leadership from both main parties, is a member of the Sinhalese landed elite, and had served as the Rajapaksa’s minister of agriculture and minister of health. He ran a clever campaign arguing that Rajapaksa’s autocratic and nepotistic rule was causing economic decline, and promised support to the portions of Sri Lanka’s population left behind by the country’s economic growth. In 2013, Sri Lanka’s GDP grew by 7.3 percent (well ahead of India’s 5 percent), but many citizens have felt that too much of this bounty has remained in the hands of political elite—and particularly of the Rajapaksa family itself.

Sirisena, now president, faces the daunting task of fulfilling his campaign promises. These include massive raises in civil servants’ wages, write-offs of farm loans to the extent of 50 percent, and even free Wi-Fi in every town. Styled as “100 Promises in 100 Work Days,” this program is almost certainly infeasible—and would wreak havoc on the economy if it were fully implemented. Deciding which promises to keep and which to break will be a test of Sirisena’s political judgment.

Sirisena has also signaled that he would like Sri Lanka to return to a parliamentary form of governance, even while declaring that he would not stand for a second term. By contrast, Rajapaksa had used his parliamentary majority to expand presidential powers, including the removal of the two-term limit. Handing control back to Parliament would hobble Sirisena’s government, since Rajapaksa’s party controls 60 percent of the seats in Parliament and elections are not due until 2016.

On the foreign policy front, Sirisena’s campaign hinted at rebalancing away from Rajapaksa’s pivot to China. Post-election, there is evidence of a renewed closeness of ties to India. Rajapaksa and the Indian political leadership’s distrust of each other was mutual, and sprang from his harsh treatment of Sri Lanka’s Tamil population. The two major parties in India’s southern state of Tamil Nadu (whose population shares ethnic and linguistic ties with the Tamils of Sri Lanka) have strongly influenced New Delhi’s relations with Colombo. The chill could decrease under Sirisena, but it may be too early to confidently predict this. The last time that the two nations enjoyed truly close relations was the period between 1999–2005, when Chandrika Kumaratunga was president of Sri Lanka and Atul Bihari Vajpayee was prime minister of India. But this closeness at the top did not translate to harmony within Sri Lanka: the LTTE (with, many Sinhalese felt, India’s tacit support) solidified its control over the northeast, leading to Rajapaksa’s ouster of Kumaratunga from control over her own party.

India now needs to play its cards wisely in Sri Lanka. It has been handed an unexpected opportunity, just as China was handed the same opportunity in 2005 with Rajapaksa’s election. China made effective use of this opening, investing in Sri Lanka’s infrastructure and obtaining military privileges in return. India should avoid letting its own domestic politics (particularly the need to placate the Tamil Nadu political parties) determine its international strategy.

Sirisena has outlined his approach to easing the Tamil-Sinhalese schism: he has announced his support for Lessons Learnt Reconciliation Commission to address questions surrounding the brutal campaign against the LTTE, but has said that he will oppose any efforts to internationalize war crimes investigations. As a gesture of reconciliation, he has replaced the controversial governor of the Tamil-majority Northern Province (a retired major-general who had been one of the military leaders in the campaign against the Tigers) with a mild-mannered former diplomat.

Sirisena’s approach might not be easy for Indian leaders to accept: the new regime offers little chance that past perpetrators of gross human rights abuses will be punished for their crimes. But leaders in Delhi should be aware that Sirisena remains dependent on the Sinhalese majority, particularly if he is able to engineer enough defections from Rajapaksa’s legislative supporters to call early parliamentary elections.

The United States has not been a key player in Sri Lankan politics for a decade now, due largely to its support for a U.N. investigation of war crimes in Sri Lanka. This may change, depending on whether Sirisena’s look-forward approach leads to genuine reconciliation between the Tamils and the Sinhalese. The people of Sri Lanka will ultimately render their own verdict on this approach—and if the two communities come to radically different conclusions, there could well be a return to civil war.

One area in which the United States should focus its interests is supporting economic growth, since China’s likely withdrawal from infrastructural investments will leave Sri Lanka in need of external aid. American policymakers, like Indian ones, will face the challenge of supporting accountability for crimes against minorities without provoking a backlash from Sri Lanka’s majority. With the inauguration of President Sirisena, both the United States and India have an opportunity to influence the reconciliation process. But if that influence is used unwisely, the result may be the same sort of aggressive Sinhalese nationalism that propelled Rajapaksa to power a decade ago.

Rafiq Dossani is director of the RAND Center for Asia Pacific Policy and a senior economist and Jonah Blank is a senior political scientist at the nonprofit, nonpartisan RAND Corporation.