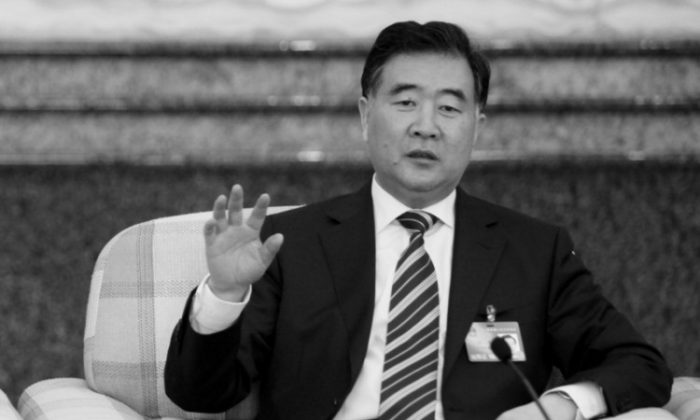 Wang Yang, the party chief of China’s Guangdong province, has been a prominent voice within the one-party rule regime to promote political reform. Recently, Shenzhen, a major city in Guangdong, is set to have 163 companies elect leaders for trade unions through democratic process. (The Epoch TImes)
China

The city of Shenzhen in southern China will be the first to promote elections for trade unions—an apparent shift in Communist Party policy toward independent unions, which have often been violently repressed. By the end of this year, 163 companies, each with over 1,000 workers, will each be able to elect union leaders, according to reports.

The tone is being set by Wang Yang, the Guangdong Party secretary, often called a reformer. He visited the trade union of the Ricoh Asia Industry in Shenzhen, later urging that the union experience there be promoted elsewhere. Ricoh Asia’s factory in Shenzhen established a trade union five years ago after an election.

One recent instance of a union election occurred at the Japanese electronics company OHMS after a dispute over wages and benefits led to 700 workers protesting on March 29. According to Guangdong’s Southern Metropolis Daily, the company elected a new union president and core members of the union; and each staff member was able to cast one vote.

Observers suggest that this could be a prelude to greater freedoms, not just for Shenzhen’s trade unions, but also for unions elsewhere in China.

“If this can be carried out in Shenzhen, Guangdong, it’s not a simple matter,” said Yao Lifa to Sound of Hope Radio. Yao has promoted individuals who are independent of the Chinese Communist Party running for elections in China. He is also considered a China expert.

The vice chairman of Shenzhen’s Federation of Trade Unions, Wang Tongxin, attended the election at OMHS. He said although there have been isolated cases of direct elections for trade unions, the new model will be promoted with great efforts in the future.

“We have to give the workers time so that they can learn about democracy. Democratization is a process,” Wang Tongxin told Southern Metropolis Daily. “In the future, elections of trade unions should not become news or be counted as pioneering. It should be a common procedure.”

Prior to the recent election, most of the OHMS employees complained that union officers were not elected by the general employees; some employees didn’t know a union existed in the company; therefore, one of the demands made by OHMS employees in the March 29 protest was to have a free, democratic union election, according to Southern Metropolis Daily.

While there have been changes over the years, according to the Congressional-Executive Commission on China’s 2011 annual report, “advocates for worker rights in China continue to be subjected to harassment and abuse,” with labor organizers in particular targeted.

The American Federation of Labor and Congress of Industrial Organizations, the largest federation of unions in the United States, said in a report: “Most workers in China’s factories, mines, mills, warehouses, docks, and transport hubs still have little or no say in selecting their union representatives, and no means, short of stopping work, to bring recalcitrant employers into direct negotiations over industrial grievances.”

The allowance of elections at trade unions in Shenzhen may be part of Wang Yang’s broader push for greater liberties and possibly political reform. Wang Yang has brought up political reform publicly on several occasions recently, and his apparent critiques of the Party’s monopoly on power have attracted intense interest.

“We must do away with the mistaken idea that the happiness of the people is a favor bestowed by the Party and the government,” Wang Yang said during a presentation to the 11th Guangdong Provincial Party Congress on May 9.

At another meeting on the following day, he declared plans to make Guangdong the first province where it would be mandatory for cadres and officials to declare their assets.

On May 17, the Southern Metropolis Daily published a report by Wang Yang where he proposed a strong role and greater autonomy for social organizations in Guangdong.