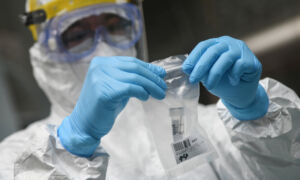 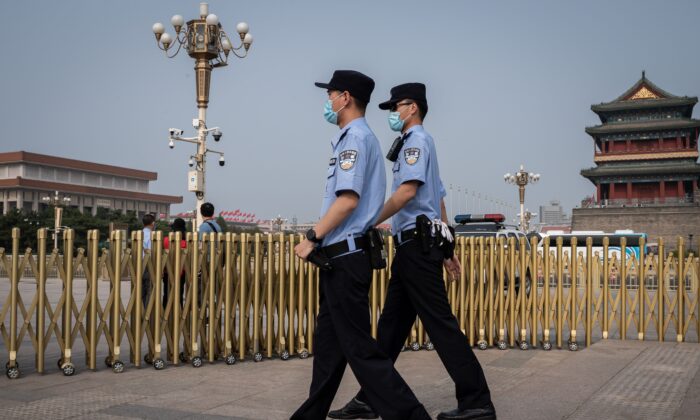 A senior White House adviser decried the “shocking lack of diversity in voices” under the Chinese communist regime, in the first known speech given by a U.S. official in Mandarin Chinese.

Matthew Pottinger, the White House’s deputy national security adviser on Asia, highlighted the regime’s suppression of those who sought to speak the truth amid the CCP virus outbreak, including doctors and citizen journalists, and heralded them as “civic-minded citizens” who committed “big acts of bravery.”

“The cliché that Chinese people can’t be trusted with democracy was … the most unpatriotic idea of all,” Pottinger said in a speech given in Mandarin Chinese during a virtual panel event held by the University of Virginia’s Miller Center on May 4.

Pottinger said he gave the speech in the Chinese language so he could open up a conversation with citizens in China and the Chinese diaspora.

Under China’s Party-state system, he said, “it’s sometimes difficult to cut through the noise, from whether its propaganda, from the wholly state-owned media in China, or the carefully curated social media ecosystem.”

Pottinger studied the Chinese language 25 years ago in Beijing and went on to become a China correspondent for The Wall Street Journal. While reporting, he was once arrested by government agents. On another occasion, he was punched in the face by agents while investigating a Chinese company’s illicit sales of nuclear fuel to foreign countries, according to his written account published in the Journal.

He said Beijing’s lack of tolerance for critical voices has taken a turn for the worse in recent years.

“It takes courage to speak to a reporter—or to work as one—in today’s China.”

Despite the regime’s iron-fist rule, sparks of free thought have not ceased, Pottinger said, citing the months of nonstop protests in Hong Kong to resist the Chinese regime’s encroachment into the region, which at times brought millions to the streets.

Other recent acts of bravery he cited: Regular citizens who were punished for speaking their minds about the regime’s early coverup of the virus outbreak; journalists who went missing after they filmed video footage of what was happening in Wuhan; and doctors punished for raising the alarm about the virus spreading.

Pottinger quoted a social media post by Li Wenliang, a whistleblower doctor who eventually died of the virus he warned others about: “I think there should be more than one voice in a healthy society, and I don’t approve of using public power for excessive interference.”

The top adviser’s speech comes as the United States escalates its calls for China to be held accountable for the pandemic.

U.S. Secretary of State Mike Pompeo recently called out Chinese officials for spreading “classic communist disinformation” to deflect attention on China’s mishandling of the virus, while President Donald Trump has suggested imposing economic sanctions on Beijing over its role in the outbreak’s global spread. Attorney generals in Missouri and Mississippi have separately filed lawsuits against the regime. Some lawmakers have also proposed that the Chinese regime pay reparations.

“The U.S. isn’t looking at punitive measures here,” Pottinger said in response to a question about economic sanctions on Beijing. “What President Trump is looking at doing is continuing with the policy that he ran on, the policy that he’s implemented—which is to have a reciprocal and fair relationship with China, not one in which the U.S. allows ourselves to be taken advantage of in the hopes that somehow China will just automatically liberalize.”

Speaking on the anniversary of the May 4 movement, a student-led protest in 1919 at Tiananmen Square that radicalized Chinese intellectual thinking, Pottinger said the event may serve as the philosophical underpinning for Chinese people to reclaim their freedoms.

The unfulfilled democratic aspirations from a century ago were a reminder for Chinese people to take fate into their own hands, he said.

“How China governs itself is going to be up to the Chinese people. It’s not up to anyone else to decide.”