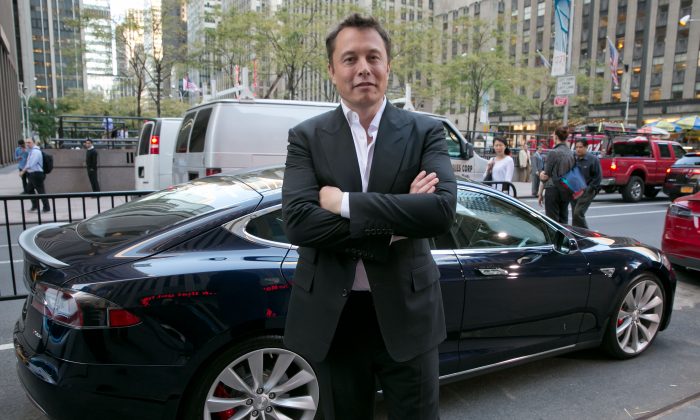 Despite reports that Tesla Motors Inc. Chief Executive Elon Musk is preparing to fire overseas executives over poor sales in the company’s China division, Tesla remains “convinced of the vast potential of this market,” according to a letter to shareholders on Q4 earnings released after the stock market closed on Wednesday.

Musk’s comments were first published on Tuesday by Reuters, based on unnamed sources.

Tesla shares slumped 7 percent on Jan. 13 after it was reported that sales in China were unexpectedly weak. The electronic car company sold just 120 cars there in January. In its most recent annual report filed with the SEC for the year ending in December 2013, Tesla predicted rapid growth in multiple regions in China for 2014.

Speaking at an industry conference in Detroit, Musk blamed a perception among Chinese customers that it would be difficult to charge their cars for the slow sales growth.

The company said Wednesday it was simplifying its buying process in China by having staff from Tesla install charging points at customer’s homes or businesses prior to vehicle delivery.

It also said it would focus on current cities before launching into new cities. It is also banking on “new executive seats,” and a “second row center console” being popular in China.

The company met its production targets of 35,000 Model S vehicles in 2014, but lagged in deliveries due to a combination of customers being on vacation, severe winter weather, and problems with actual ships (shipping problems.)

The company launched in 5 new countries in 2014, including China, Japan, United Kingdom, and Australia.

In Q4 Tesla installed 125 Supercharger stations, for a total of 380 globally. Hotels and other popular destinations have been installing high-powered wall connectors, with 900 locations in Asia and North America having 1,600 connectors installed.

Just over half of all cars delivered in 2014 went to the North American market, 30 percent were to Europe, and 15 percent went to the Asia Pacific, the company said.

Tesla delayed its question and answer session with investors until 7:30 p.m. likely due to the launch of SpaceX’s DSCOVR, or Deep Space Climate Observatory, another transportation technology company owned by Musk.

The issue of China sales is expected to be a topic of discussion with investors during the call.