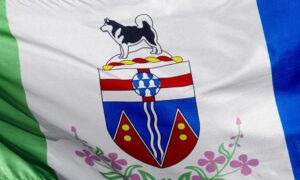 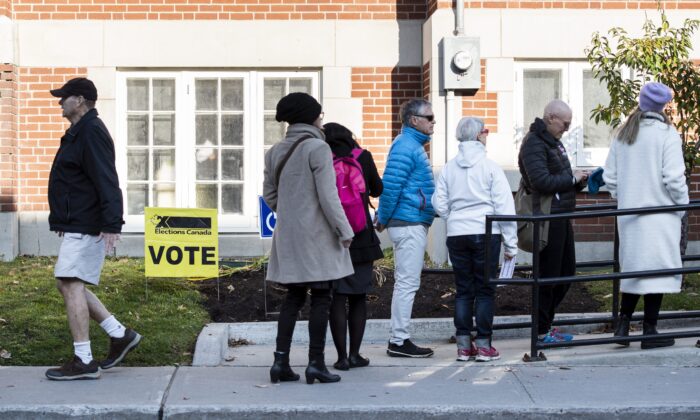 People line up outside a polling station in Ottawa during the last federal election on Oct. 21, 2019. (The Canadian Press/Justin Tang)
Canada

The lead-up to the federal election call saw yet another ouster from a major party to prevent potential attacks from the opposition.

On Aug. 12, the Conservative Party shed Yukon candidate Jonas Smith for his outspoken opposition to mandatory vaccination policies, a move some speculated was to prevent attacks on the Conservatives by other parties during the election campaign.

“OUT: Policy debates. IN: Witch hunting,” said commentator Graeme Menzies on Twitter in reaction to the news.

University of Toronto political science professor Nelson Wiseman says although the threat of smear tactics has always made candidates pause before running, they have even more reason to be wary in today’s political climate.

“Now it’s got a lot more vile. But even before, if you go back 50 or 60 years, there was still enough dirt in politics that they didn’t want to go in. It’s now just heightened a lot,” Wiseman said in an interview.

“The witch hunt phenomenon, has it gotten worse? Well, it’s developed, and as the internet grew it just gave people more tools to research.”

In 2015, the True North Times, a publication launched by McGill University students, posted a series called “nine days of scandal” that featured “outlandish” online comments made by federal candidates. Among the items listed were comments from an NDP candidate saying a gun can be an instrument of democracy and a Liberal candidate saying cleaning is in a woman’s DNA, while a Conservative candidate shared a video titled “Crusade against Islamisation [sic] of the World.”

By 2019, the application form to be a Conservative candidate had dozens of pages and even asked candidates to disclose every dating site they had used in recent years.

“Parties are cautious, and more so than ever. It just has increased over time. If you want to run, you’ve got to get vetted now by the parties, which once upon a time that just didn’t happen,” Wiseman said.

He notes that prior to the mid-1970s, candidates and MPs could disagree with their leaders without reprisal.

The Election Expenses Act of 1974 transformed political parties from volunteer organizations into ones with legal responsibilities for their funds raised and spent. Party leaders had to sign to approve candidates—something that also gave them the ability to withhold their approval. Legislation designed to improve accountability had the byproduct of centralizing party power in a leader who could demand conformity.

Shortly after Prime Minister Justin Trudeau called Canada’s 44th general election, the Conservative Party ran a controversial ad that superimposed Trudeau’s face over that of Veruca Salt of the 1971 movie “Willy Wonka and the Chocolate Factory.” The depiction likened the prime minister to a spoiled girl impatient for the fulfilment of selfish desires. The ad’s run was short-lived as Conservative candidates themselves tweeted unflattering adjectives for it, including “embarrassing” and ”dumb.”

“Asking to be the Governing Party of Canada is serious business, requiring serious people making good, reasonable and mature decisions,” tweeted Alberta Tory MP Blaine Calkins. “I trust the decision maker who decided to post this tasteless and appalling video will be brought up to speed.”

University of Calgary political science professor Barry Cooper says it’s not surprising the art and science of persuasion has subverted the discussion of issues during the campaign, since the same approach has overtaken governance itself.

“I know [federal and provincial governments] all have what we now call nudge units. They are the ones who look at public opinion data and manage the way that whatever the policy is … [and] how it’s going to be presented,” Cooper said in an interview.

“And these are not party people, these are civil servants. They do it in order to keep the population manageable. … The one in Ottawa is part of the Privy Council Office. And hardly anybody ever talks about these guys.”

Cooper said such influencers are “integral to the politics of fear,” especially in the pandemic scenario where elected officials have outsourced public policy to public health authorities.

“Stalin used to call them the engineers of human souls [who] substitute a kind of behavioural engineering for the creativity that leadership requires.”

Cooper believes this manufactured political consent leaves the public thirsting for a less pretentious and manipulative approach and a more authentic leadership willing to challenge the status quo.

“We’ve been quite happy to cede all kinds of liberties and freedoms and the Charter of Rights and so on to these basically impolitic medical bureaucrats, and we’ve done it happily,” he said.

“I think eventually people will regret [it]. They’ll tell their children maybe what it was like when we had a democracy.”