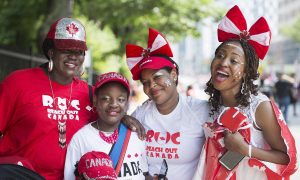 Canada Must Cherish Its Ethical Roots in Traditional Values
0 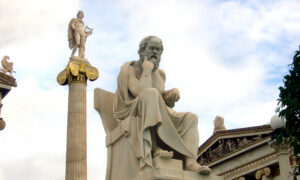 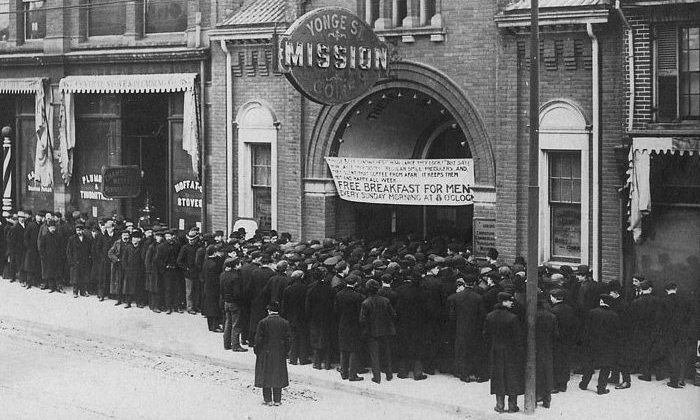 People wait in the food line at the Yonge Street Mission in Toronto during the Great Depression in the 1930s. (Public Domain)
Viewpoints

In Praise of Pride and Self-Reliance

During the Great Depression of the 1930s in Manitoba, my father, then in his teens, knew a family that couldn’t afford to pay rent. It was a common condition at the time—jobs were as scarce as hens’ teeth. The father, a resourceful man, hit upon a solution: they’d live in an abandoned railway boxcar.

Located on a road allowance beside the tracks, where the land wasn’t taxed, they lived rent free. And with a little hunting, rabbit snaring, and labour on local farms, they managed to eat most of the time and stay well. The point is that by living not on government handouts but by their own wiles and work, they kept their pride and self-esteem.

A friend of mine, Dave Wall, now 94, was a boy in the Depression. He and his family were Mennonites. They were en route to a Mennonite community in Mexico, in a truck with other families, when his baby brother died. Malnutrition took him. His mother, Dave told me, had no milk. They had little food. Nobody else in the truck, being hard up themselves, offered food to her or the child.

Dave told me stories of living as a boy in the empty portion of a small wooden building called a granary, which stored wheat. “Well, what shall we have for supper tonight?” his father would announce, and then open the hatch to the other side, where he scooped some wheat into a pail for his wife to cook into a puffed-wheat supper. They ate a lot of wheat, Dave said, or went hungry.

Municipal relief coupons for foodstuffs existed, and certainly helped, but were limited. Dave, who quit school after Grade 8, went on to become a TV technician and radio repairman with his own shop (thanks to a correspondence course from the DeVry Institute in Illinois). Then he became a successful carpenter who built and repaired homes near Deloraine, Manitoba. Despite his limited education he really was a genius. He believes he succeeded because he’d been hungry and saw the need to learn trades and work.

The point of these stories is to show how early Canada was built upon self-reliance and personal initiative. Farmers were the iconic symbols of this creed, helping themselves, and each other, meet the demands of the day. They still are in many ways, though government aid and the banks, over the last 60 years, have altered their behaviour and expectations.

Even today in the rural areas of Canada (and I suspect in the United States), it is a point of pride for those raised there to pull oneself up by one’s bootstraps. Help can be welcomed, or politely declined, depending on the person. The thinking is that one doesn’t want to burden others, who have their own work to do and trials to bear. And one wants to succeed on one’s own merits.

Part of that creed is, you pay your debts. In April of 1935, Canada’s Parliament under Prime Minister R.B. Bennett passed the Prairie Farm Rehabilitation Act in an effort to save Western agriculture. This act forgave the debts that farmers owed to retailers, doctors, and others, since drought, wind, and grasshoppers had ruined crops year after year and farmers had no money. In many cases they lost their land to foreclosure. Physicians and others were often paid in garden produce or chickens.

In some ways the Farm Rehabilitation Act was a measure of political desperation, an attempt at social engineering to help a beleaguered rural constituency. While government intervention helps some people some of the time, it often hurts others most of the time, in this case thousands of private businesses, including doctors in those pre-medicare days who were owed a lot of money. In the October election of 1935 Bennett’s Conservatives paid the price at the polls, losing to the Liberals by 171 seats to 39.

In the 1960s I recall my grandfather, Dr. F.V. Bird of Boissevain, telling me that the most reliable people he knew were Mennonites. Why? Because they were still paying off the bills they owed him from the 1930s! He had lost the equivalent in today’s money of about a million dollars thanks to the legislation to save farmers. To the Mennonites (and others), however, such legislation was no excuse to renege on one’s debts. They continued to pay them off.

Government played a minor role in relief at the start of the Depression, and a bigger one near the middle and the end. And when it did act to “help,” this meant painful consequences for others, who paid for that help. This is a recurring theme in Canadian history.

Today—and for about 50 years now—the assumption that individuals are responsible for their own well-being, their own happiness, their own success, which largely built Canada (outside of the publicly funded railways, highways, and military), has been subverted.

Wise old owls among us understand that real change, true personal well-being, starts within each of us. “Help” imposed from above rarely has lasting and positive impacts. It can be of benefit if one’s attitude is right. But people being what they are, we often prefer to externalize blame rather than looking in the mirror; and once the tap is turned on we grow to rely on government aid and expect it to continue.

Can we name a single social problem—poverty, sexual abuse, child neglect, ignorance—that has been solved or eradicated by government spending and intervention? Yet, government aid is assumed to be the only or best answer.

Stories such as The Epoch Times’ report about Kaycee Madu, an immigrant who 15 years ago washed dishes to support his family and today is Alberta’s minister of justice and solicitor general, are instructive. They affirm that achievement and well-being come not in a magic pill of government aid but through persistence, hard work, and the belief that you can succeed.

“It doesn’t matter where you come from in this province,” Madu said. “If you work hard, the sky won’t even be the limit.” He and his family had come from Nigeria in 2005. He is the first black Canadian to be appointed minister of justice and solicitor general.

If government planning and spending was a cure-all for social ills and the key to economic success, then the Soviet Union would never have collapsed. It would have become the beacon of hope that Karl Marx believed communism to be. In fact, as the disastrous collective agricultural efforts in Ukraine demonstrated in the 1930s, resulting in thousands losing their farms and millions being starved to death, and as oppressive government edicts and denial of freedom demonstrated throughout the decades leading to the collapse of the Berlin Wall in 1989, government control is often not a silver bullet for success but a fatal shot to the heart.

Libya in the oil-rich 1980s provided its people with a guaranteed income, which devastated the formerly busy economy of small shop-owners and other entrepreneurs. Tripoli, when I saw it in 1987, was a shell of its former self with many of its businesses shuttered. A British engineer who had worked on water projects there for years told me Libya had formerly been a beehive of activity.

This is worth knowing as we contemplate a guaranteed income for Canadians.

Instead of looking to government, we need to return to looking to ourselves, as Kaycee Madu did. Indigenous cultures were independent and strong before European contact. They looked to themselves, and to their spiritualism, for their well-being. The pioneers in America and in Canada looked to themselves, and to their religion, for their well-being. The proven examples are there, in support of self-reliance. In 1841, Ralph Waldo Emerson wrote his famous essay “Self-Reliance” about the importance of individuals following their own instincts and avoiding conformity. “Trust thyself,” Emerson said.

The lessons are in history, and in our news pages of today, if we wish to heed them.

Brad Bird is a Canadian journalist. In 1987 he reported from countries in North Africa for the late, great editorial page editor John Dafoe of the Winnipeg Free Press. Dafoe won two National Newspaper Awards. His motto: facts are sacred.