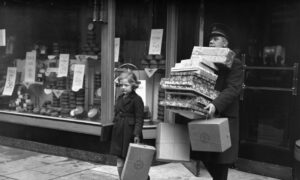 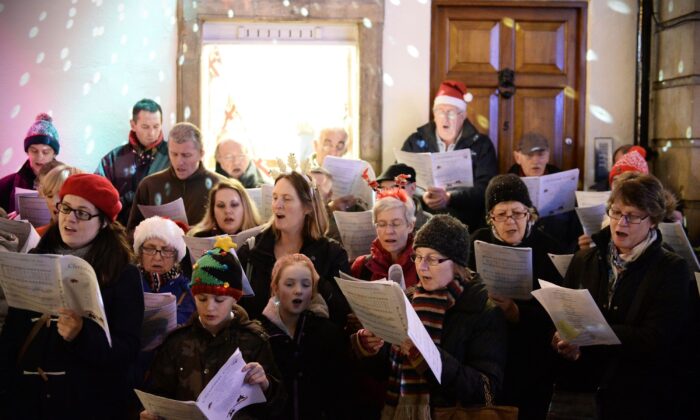 It's as if the creators of carols were inspired to aim very high indeed, and succeeded in ways that matter to a lot of people. (1000 Words/Shutterstock)
Viewpoints

In Praise of Christmas Carols

At Christmas carol time I generally get asked for “Silent Night.” And not the song. But while my singing leaves something to be desired (melody, harmony and rhythm, chiefly), I have something to say about carols: that I’ve always loved them and they exist for a reason.

The former might seem unimportant. But it’s related to the latter because of the exceptional beauty of the music and words of so many, as if their creators were inspired to aim very high indeed… and succeeded in ways that matter to a lot of people.

This Christmas, as it happens, people got their wish for a mute button on my vocal chords because we did the traditional caroling via video conferencing. And evidently there’s a “latency” issue with these services, a.k.a. an unpredictable lag, tolerable and often imperceptible where people take turns speaking in a meeting but immediately disastrous when they attempt to sing together. For those, to repeat, for whom the effort is not inherently and immediately disastrous on other grounds. But I digress.

The point is, even with most of us unable to hear one another, we were determined to do the carols anyway. And while it didn’t seem in keeping with the situation to speak up at the time, I was driven to reflect on how many people would find Christmas as incomplete without carols as the year would be without Christmas, even though the lyrics are essentially gibberish to them and they would not think of attending a church service even if they could find the church.

When I say the lyrics are gibberish, I don’t mean I was muted by people who do not understand English, or French for some songs. I mean words about sin and redemption, longing and hope, God and a saviour might as well be “Venite adoremus” and “Cantet nunc aula caelestium” (which they are) in their odd mix of power and incomprehensibility. Or maybe not.

I think people know deep down that these carols, and Christmas itself, express vital truths about the human condition, our need for fellowship, charity, and yes, redemption. It’s easy to treat Christmas, like Christianity itself, as part of the cultural furniture we take for granted, regard perhaps as simultaneously shabby and garish, yet find comfortably familiar. But as with the astounding number of people who have taken communion over so many years, in so many places, once we get past its familiarity it’s stunning to contemplate and, I think, worrying to imagine watching it slowly slip away.

We have long been living on the fumes of Christianity, and like Orwell’s goat wanting the treat a man is offering but distrusting the man and hoping to butt him out of the picture and have the gift remain suspended in mid-air. What if we can’t?

Of course, in these inclusive times there’s at least one honorary Jewish Christmas carol, “Light One Candle,” whose primary argument for Judaism appears at first to be that it’s been going on for a long time. The chorus includes “Don’t let the light go out. It’s lasted for so many years.” To which one might say, so has athlete’s foot. But there’s more, and not just “Let it shine through our love and our tears.”

Crucially, “always believing that justice will somehow prevail. This is the burden and this is the promise.” And since you’d have to be a chump to think justice will prevail if this world is all there is, this carol too points beyond itself and beyond us… to One who Promises.

Which is why for my money a certain genre of “Christmas” songs could go straight into the dumpster. Yes, “Silver Bells,” I’m looking at you. Of course, lots of people like it, and “Let it Snow” and even the ghastly “Jingle Bell Rock,” and not just people even less likely to succeed in making a joyful noise unto the Lord than myself. But such songs are only kept aloft by the fumes of real Christmas carols like “Good King Wenceslas,” “Huron Indian Call,” and “O Little Town of Bethlehem,” the ones that send shivers up the spine because their music and words together give us a glimpse of something transcendently better.

In thus sermonizing let me not for one moment discourage secular people from singing carols, as I did for many agnostic years. Or celebrating the birth of Jesus, gathering with friends and family (ideally not mutually exclusive groups), or doing any other typical Christmas stuff except perhaps figgy pudding and office parties.

I just hope they’ll spare a thought for why they feel a need to sing such words with those they love, and how bleak a world it would be if we no longer wished there was something more to these songs than that they’d been around for a while.