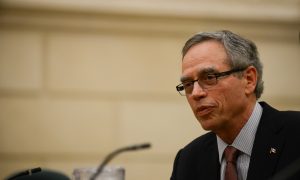 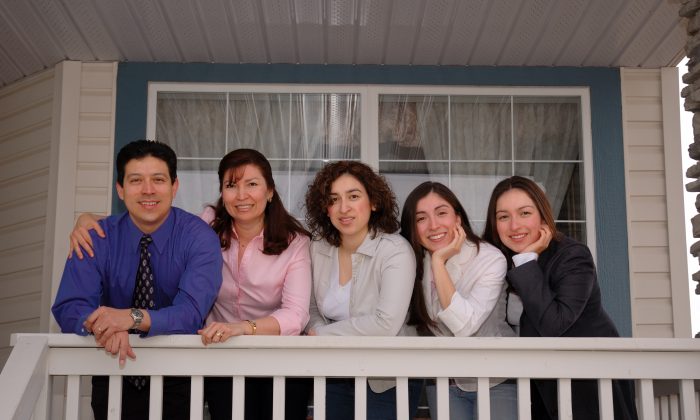 Salvadoran immigrant and author Joaquin Benitez poses with his family. Canada marks Multiculturalism Day on June 27, and Benitez says the occasion reminds him of the limitless opportunities available for newcomers to the country. (Raymond and Liezl Chiang)
Canada

In Praise of Canada on Multiculturalism Day

Salvadoran immigrant Joaquin Benitez has many reasons to celebrate Multiculturalism Day on June 27. Most of all, Canada gave him a fighting chance at survival.

Due to the civil war that wracked El Salvador for 15 years, Benitez fled to North America, living first in the United States and arriving in Canada in the mid-1980s with his young wife, then pregnant with their third child.

“I would probably be dead by now [if I hadn’t left],” he says frankly. “Let me put it this way: there were 26 students in my class in high school, and out of the 26 only three of us are still alive.”

But the difficulties didn’t end when the couple arrived in Calgary. Benitez lacked a formal education and language skills. Jobs were scarce and the culture unfamiliar.

For the next 15 years he worked low-paying jobs while completing a diploma in civil engineering and improving his English. He experienced a major setback during the economic downturn in the early 1990s when he was forced to foreclose on his home.

Despite the challenges and financial stress, Benitez fell in love with Canada. He speaks affectionately of the friendly and polite nature of the Canadians he met, and the relief of being able to trust his neighbours and coworkers.

“I was very shocked with the friendliness of the people here,” he says.

“I remember my first experience was going to a co-op store. I went to pay for the groceries and the teller greeted me with a big smile. I was shocked. I said, ‘Why are you smiling at me?’ because I’d never had that experience before.”

He was also touched by Canada’s genuine embrace of multiculturalism. After briefly living in Boston, Massachusetts, where communities were culturally segregated, Canada was profoundly different, he says.

“We lived in a six-apartment complex building [in Boston], and we never knew who lived next door. If we happened to bump into the other tenants they would just look down at the floor and keep on walking. Nobody would talk to you,” he said.

“When we came to Canada, the people are so different here. Everybody’s friendly. Everybody goes out of their way to help you.”

Benitez’s first home in Northeast Calgary’s Temple area was a duplex shared with First Nation, Italian, Trinidadian and Canadian neighbours. The community supported each other, and developed an atmosphere of camaraderie and warmth.

“I enjoyed this multicultural setting that, although we were all very different, from different places, different backgrounds, we all took care of each other’s children as if they were our own,” he says.

Benitez eventually overcame the many challenges he and so many other new immigrants face in their adopted countries. After graduating he began a successful career in the oil and gas industry and was able to afford a new home.

This year he also became an author, releasing his first book, “The Foreclosure Phenomenon,” to help others deal with the impending loss of their home.

“The opportunity is always there for those who want to take it. That’s the beauty about Canada—that you can be and do anything you want if you’re willing to do it,” he says.

“The government gave you a great opportunity just allowing you in the country; now it’s up to you to make it a success story or not.”

He recommends that new immigrants consider settling in Alberta, as the burgeoning oil and gas sector affords “great opportunities.”

“This is the land of opportunity for those who want to make the best of it, and the only obstacle that they will find is themselves. If they want to succeed there is no limit to what they can do.”

But acquiring good language skills and a formal education are fundamental to success, he notes.

Benitez says he is always grateful for the blessings he has been given in Canada, which he can now pass on to his three daughters and his grandchildren—another reason to celebrate on June 27.

“Millions of a people around the world are just desiring to have the opportunity to be here,” he says. “If you happen to be among the lucky ones that are here, don’t take that opportunity for granted—you must make the best of it.”