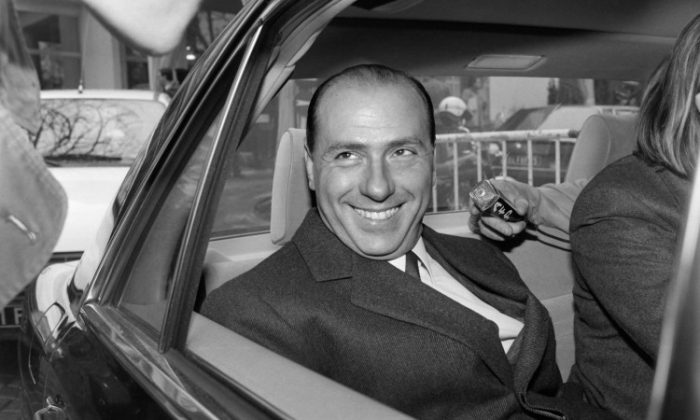 Ex-Prime Minister Silvio Berlusconi, who was former Italian television manager, leaves the Pavillon Gabriel in Paris, on Nov. 22, 1985 after a press conference, after he presented the upcoming privately owned 5th TV channel for which he just signed an agreement with the French government. (Michel Clement/AFP/Getty Images)
Europe

Former Italian Prime Minister Silvio Berlusconi, 76, who was convicted on fraud charges two months ago, announced this weekend that he will again seek another term as prime minister after spending more than a year out of office.

“I am desperately concerned about the state, and once again I will run out of a sense of responsibility,” Berlusconi said Saturday, according to the Wall Street Journal.

Berlusconi said that his election campaign will focus on anti-austerity measures.

Over his lengthy 17-yearlong political career, Berlusconi had become infamous for gaffes while also being indicted more than 20 times. In October, he received a four-year sentence after being convicted of fraud.

While he is aiming to run again for the prime minister’s office, we will take a look at some of the most awkward photos taken during his political life.