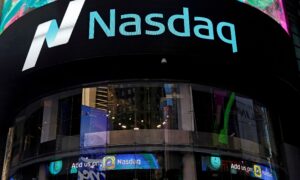 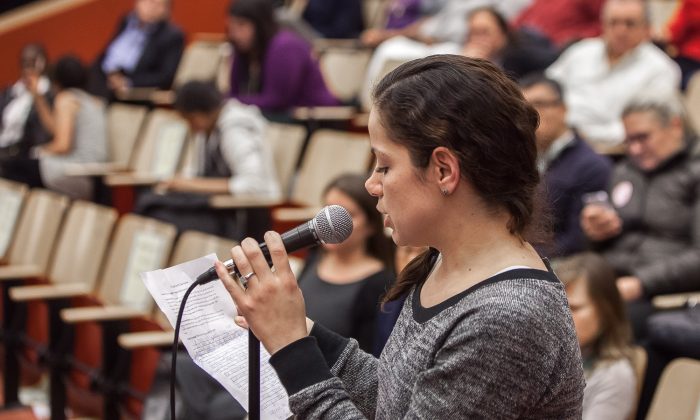 NEW YORK—In contrast to the angry crowds of parents who attended forums with the State Education Commissioner John King in other places, the speeches by many parents in New York City extolled his agenda.

The three forums held on Dec. 10 and 11 in Bronx, Brooklyn, and Manhattan were to give the public a chance to comment on state’s policies around Common Core, a set of learning standards adopted by 46 states with a promise of better preparation for college and careers.

Most critics of the state’s education policy accept the Common Core standards, but oppose tying 20 to 40 percent of teachers’ evaluations to students’ Common Core test results. Opponents also argue that extensive test preparation in schools that adopted the Common Core is cutting time for standard instruction.

Supporters say that the Common Core pushes struggling teachers to improve their instruction methods and prevents them from lowering expectations for students in poor neighborhoods. Testing, supporters say, is necessary to track progress.

Instructed to Praise the Core

Photos from the forum show a speaker reading a printed note with instructions.

The sheet, marked “Time sensitive,” read: “In the first minute, talk about how we have always taught our children, that if they work hard and apply themselves, there’s no limit to what they can accomplish.”

“The Common Core Standards make sure that every child—no matter their background or zip-code—has access to an education that prepares them for life after school,” the instructions said.

“Common Core will ensure that every child, regardless of their zip-code, will have access to quality education,” said Natasha Muñoz, a mother of three from Bronx, in her speech.

“In the second minute,” the sheet instructed, “talk about how some people will ask to slow down change and slow down coming expectations [sic] with Common Core. But they don’t speak for you as a parent because your child’s education is time sensitive and we need to put reforms in place that improve our schools now.”

Several speakers used such “time sensitive” rhetoric, prompting cheers from a group holding look-alike banners which read “Our kids can hit your bar,” “Common Core,” or “Low Expectations” (crossed out with a red line in a circle).

“End by saying: Thank you for the opportunity to speak,” the sheet concluded.

Some of the Common Core supporters identified themselves as teachers with the Uncommon School charter chain. Others were members of StudentsFirstNY, a nonprofit connected to the Success Academy charter school network.

“I think it was rigged,” said Tracy Lynne, elementary school teacher and parent, after attending the forum in Brooklyn.

Lynne arrived an hour early, just so she could sign up for the opportunity to speak. But all 45 spots were already filled. Most of the speakers praised Common Core.

Change the Stakes, a group made up of parents and teachers, was significantly represented at the Manhattan forum. The group organizes parents who want to opt-out their children from standardized tests based on the Common Core.

“I think Common Core needs to be sent back where it came from,” said Marco Battistella, one of the first to opt his child out from this year’s fourth-grade math and English tests at the Earth School in Lower Manhattan.

About a third of Earth School students opted-out. Battistella thinks the Common Core is focused only on a “limited set of capabilities” and doesn’t provide for holistic development.

The three forums in New York City are part of King’s 20-stop statewide forum tour. Two forums, one in Queens and one in Staten Island, are on the schedule with dates and times to be determined.