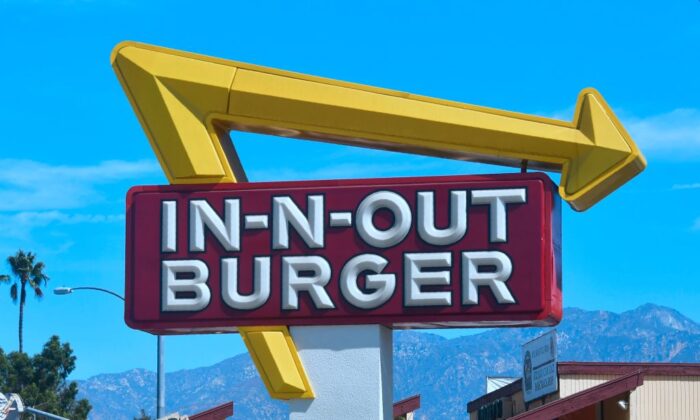 In-N-Out Shuts Down All Indoor Dining in California County Over Vaccine Mandate: Officials

In-N-Out Burger will shut down all indoor dining in Contra Costa County, California, instead of complying with the county’s vaccine mandate, said county health officials on Thursday—coming days after the fast-food chain closed down one of its establishments in Pleasant Hill.

A spokesperson for In-N-Out confirmed the development to The Epoch Times on Friday, saying that “the Contra Costa County locations are open for drive-through and takeout service only,” not indoor service.  There are five In-N-Out restaurants in Contra Costa County, including Pleasant Hill, San Ramon, Brentwood, Pittsburg, and Pinole.

It came as the Contra Costa County Health Services said in a statement to local media that “we thank In-N-Out Burger for coming up with a solution that helps keep our community safe.”

The burger chain is “going to switch to the takeout/drive-thru model at all their locations in the county,” the Contra Costa County Health Services also said.

On Tuesday, county health officials shut down an In-N-Out location in Pleasant Hill because they were not asking for proof of vaccination from patrons. The county currently has a vaccine passport system in place for restaurants, gyms, and other establishments.

After the closure, a top In-N-Out executive issued a sharply worded statement criticizing the countywide mandate and said its staff would not police customers on their vaccination status.

“On Tuesday, October 26, our restaurant at 570 Contra Costa Blvd. in Pleasant Hill, California, was closed by the Contra Costa Health Services Environmental Division. The reason for the closure is that In-N-Out Associates were not actively demanding vaccine documentation and photo identification from each dine-in Customer before serving them,” In-N-Out’s chief legal and business officer, Arnie Wensinger, said in a statement at the time.

Wensinger added the firm “fiercely” disagrees with “any government dictate that forces a private company to discriminate against customers who choose to patronize their business,” describing the rule as “clear governmental overreach and is intrusive, improper, and offensive.”

During a news conference on Thursday, Gov. Gavin Newsom, who has championed vaccine mandates, was asked about In-N-Out’s statement after its location in Pleasant Hill and in San Francisco were temporarily shut down. It came as a Florida state official, Jimmy Patronis, sent a letter to In-N-Out requesting the firm to open locations in the Sunshine State.

In-N-Out is “one of our great, home-based businesses,” and he has “great respect and admiration” for it, Newsom said.

“There have been thousands of examples like this, some get highlighted, some don’t. In this instance, there’s an East Bay chain where there’s a bit more friction, frustration. In San Francisco, there was a week ago. Other parts of the state, not the case,” added the California Democrat. “But I encourage everyone to take seriously local health orders and I encourage everybody to support businesses that support this state. I appreciate that they are a headquartered California-based company.”