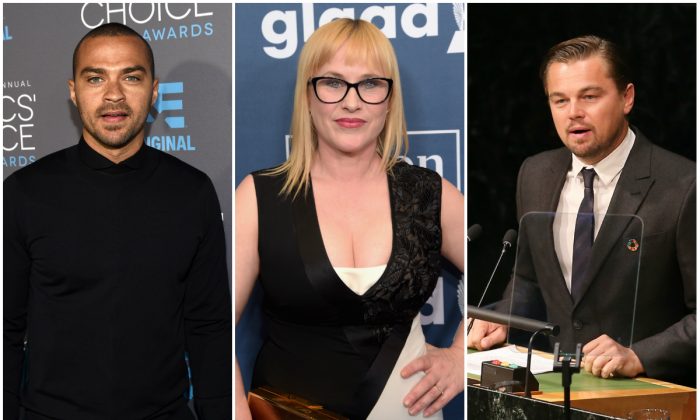 In Most Cases, Celebrity Advocacy Is More Effective for the Celebrity Than the Cause

Amid the gratitude expressed to God, loved ones, and an entire production team, celebrities often speak on causes close to their hearts as they accept accolades at award ceremonies.

But, do celebrities’ impassioned pleas effect change for the causes they back, or do they just help keep the celebrity in the spotlight?

“Of course celebrity advocacy can be effective in instances where there is an ‘alignment’ between the reputation and ‘authenticity’ of the celebrity and the cause they support,” said Dr Martin Scott, lecturer in media and international development, University of East Anglia.

“But the point I’d make is that celebrity advocacy is often less successful than we imagine,” Scott said.

“We only see the examples where it ‘works.’ There are many examples of celebrity campaign that don’t work which, by definition, we just don’t see.”

“Now, what we’ve been doing is looking at the data and we know that police somehow manage to deescalate, disarm, and not kill white people everyday. So what’s going to happen is we are going to have equal rights and justice in our own country or we will restructure their function and ours,” Williams said on June 26.

“I don’t want to hear anymore about how far we’ve come when paid public servants can pull a drive-by on 12 year old [Tamir Rice] playing alone in the park in broad daylight,” he said. “Even with videotaped evidence of police destroying black people, many freedom-loving Americans remain unconvinced of a systemic problem.”

Williams is by no means the first, nor will he be the last celebrity to use the awards spotlight to bring awareness to socioeconomic, political, and/or environmental issues.

Patricia Arquette railed against gender wage gap as she accepted Best Actress in a Supporting Role for “Boyhood” at last year’s Academy Awards.

“To every woman who gave birth, to every taxpayer and citizen of this nation, we have fought for everybody else’s equal rights, it’s our time to have wage equality once and for all, and equal rights for women in the United States of America,” concluded Arquette to a resounding cheer from fellow actress Meryl Streep.

When Leonardo DiCaprio won an Oscar for Best Actor at this year’s ceremony—his first after five nominations—for “The Revenant,” he advocated for climate change action.

“Climate change is real, it is happening right now. It is the most urgent threat facing our entire species, and we need to work collectively together and stop procrastinating,” said DiCaprio. “We need to support leaders around the world who do not speak for the big polluters, but who speak for all of humanity, for the indigenous people of the world, for the billions and billions of underprivileged people out there who would be most affected by this.”

Despite the influence and reach of celebrities, celebrity advocacy isn’t as impactful as one might have anticipated, according to a study published in the International Journal of Cultural Studies.

The ability of celebrity and advocacy to reach people is “limited” and celebrities are “generally ineffective” at encouraging people to care about foreign causes, according to researchers Professor Dan Brockington of The University of Manchester and Professor Spensor Henson of the University of Sussex.

“Regardless of what celebrities may want in terms of publicity—and the interviews suggest that many would seek to maximize the attention given to their cause, and not to them—it is clear that the celebrity can often do better out of this attention than their causes,” the research said.

Lecturer Martin Scott conducted his own research, also published in the cultural studies journal. He observed 108 people in a focus group, where nearly half documented their thoughts about poorer countries in a diary. Scott found that most commended celebrities for their advocacy, but also found it to be inauthentic.

“Celebrities were both valued for their seemingly instrumental role in drawing attention to worthy causes but at the same time this was often accompanied by cynical statements (written in the diaries) about their motivations for involvement or about the genuineness of their emotional responses,” wrote Scott in the study.

This is seen with product placement and advertisements with celebrities. Sponsored tweets for a specific company can mean big bucks for celebrities. A transactional relationship defined by celebrities getting cash and a company obtaining exposure in return. Eerily similar to that of celebrity advocacy—an endorsement.

“Its about endorsement. But I think there are some important differences—one of the main ones being that celebrity advocacy requires (at least the perception of) ‘authenticity’. Celebrities need to be able to demonstrate either that they have the relevant expertise or emotional connection to a cause. That is less important for advertising a product,” Scott said.

As the interest in Tamir Rice and Dorian Hunt fades with each passing day, Scott chalks it up to no longer being newsworthy.

“The news value of timeliness means that a celebrity endorsement simply rapidly becomes less newsworthy as other, more timely events, replace it in the news agenda.”