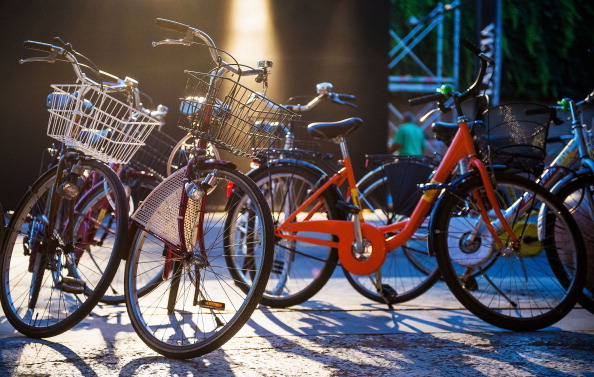 Silhouettes from bicycles are seen during sunset in Venice, Italy. (Photo by Ian Gavan/Getty Images)
Europe

Italians in the last year have purchased more bicycles than cars—the first time such a thing has occurred since World War II, according to local media reports.

Italy has been hit by a wave of austerity cuts and high gas prices in recent years, likely forcing many Italians to purchase bikes over cars. According to the Daily Telegraph, gas prices in Italy are around 2 euros per liter, or approximately $10 a gallon in U.S. terms—the highest in Europe.

In August, unemployment remained steady in Italy at around 10.7 percent, reported La Republica. The jobless rate for people between the ages of 15 and 24 was 34.5 percent.

“More and more people are deciding to bring their old models out of the garage or the cellar,” Pietro Nigrelli of the Confindustria industry association told the Telegraph. “Bikes are easy to use and they cost little. And on distances of five kilometers or less, they are often faster than other modes of transport.”

Around 6.5 million Italians ride a bike to commute to work or school, while around 10.5 million use them occasionally, the British daily said. Italy’s population is just over 60 million. In recent decades, Italy has enjoyed one of the highest car ownership ratios in the world, with around 60 cars for every 100 people.