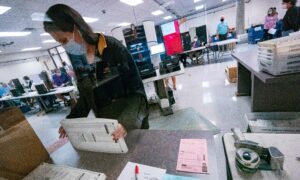 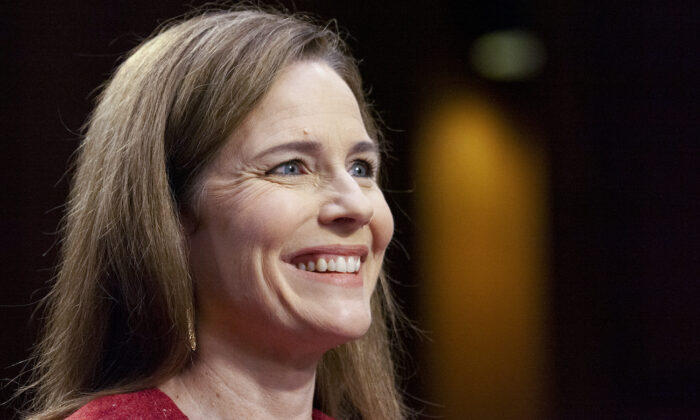 The 7–2 ruling in U.S. Fish and Wildlife Service v. Sierra Club Inc. on March 4 was a win for the former Trump administration, which had argued last year in favor of reversing a decision by the 9th Circuit Court of Appeals.

The Sierra Club had argued that a ruling for the government would allow agencies to get around disclosure requirements by stamping “draft” on internal records that would otherwise be subject to disclosure under the Freedom of Information Act (FOIA).

Elena Saxonhouse, senior attorney for the Sierra Club, spun the legal loss as a partial victory, saying the court misinterpreted some of the facts in the case.

Government agencies will still need “to release any factual, non-deliberative information within them,” she told Bloomberg News.

“The court agreed with Sierra Club on the key principle of the case, which is that agencies cannot simply declare documents ‘drafts’ in order to avoid public release. As the Trump administration showed, such loopholes are prone to abuse,” Saxonhouse said.

Barrett wrote the majority opinion. Two of the three liberal justices, Stephen Breyer and Sonia Sotomayor, dissented from it; Justice Elena Kagan voted with the majority.

The case goes back to 2011. That year, the Environmental Protection Agency (EPA), frequently targeted in court by environmentalist groups, proposed modifying regulations governing power plants’ cooling water intake systems, which can lead to crushed and scalded sea creatures. Federal agencies, including the Fish and Wildlife Service and the National Marine Fisheries Service, conferred with the EPA during the policymaking process and drafted provisional opinions saying the proposed regulations were likely to harm endangered species.

The proposed rule went through many changes along the way, and the agencies changed their minds and issued a “no jeopardy” biological opinion allowing the rulemaking process to continue. The Sierra Club demanded the draft documents from the government under FOIA, but the Trump administration objected, arguing that documents from the “deliberative process” were exempt, under what is known as FOIA Exemption 5, from public disclosure under the law.

The Sierra Club continued pursuing the documents by suing under FOIA. Eventually, in 2018, the 9th Circuit ordered the Trump administration to hand over the relevant papers. The administration protested, saying the lower court ignored the “deliberative process” privilege. The Sierra Club claimed that even though the documents in question were labeled drafts, they nonetheless qualified as final opinions.

“Exemption 5 incorporates the privileges available to Government agencies in civil litigation, such as the deliberative process privilege, attorney-client privilege, and attorney work-product privilege,” Barrett wrote for the court.

The deliberative process privilege, “which is a form of executive privilege,” shields from disclosure “documents generated during an agency’s deliberations about a policy, as opposed to documents that embody or explain a policy that the agency adopts.”

“To protect agencies from being ‘forced to operate in a fishbowl’ … the deliberative process privilege shields from disclosure ‘documents reflecting advisory opinions, recommendations and deliberations comprising part of a process by which governmental decisions and policies are formulated,’” Barrett wrote, referencing legal precedent.

“The privilege is rooted in ‘the obvious realization that officials will not communicate candidly among themselves if each remark is a potential item of discovery and front page news,’” she wrote, again citing precedent.

“To encourage candor, which improves agency decision making, the privilege blunts the chilling effect that accompanies the prospect of disclosure. This rationale does not apply, of course, to documents that embody a final decision, because once a decision has been made, the deliberations are done. The privilege, therefore, distinguishes between predecisional, deliberative documents, which are exempt from disclosure, and documents reflecting a final agency decision and the reasons supporting it, which are not.”

Andrew Rosenberg, director of the Center for Science and Democracy at the Union of Concerned Scientists, told Bloomberg that the ruling was a setback for open government.

“I think that the implications are that the public will have less information and ability to be involved in the process of consultation between agencies,” he said.

“Agencies will be doing much more behind closed doors.”