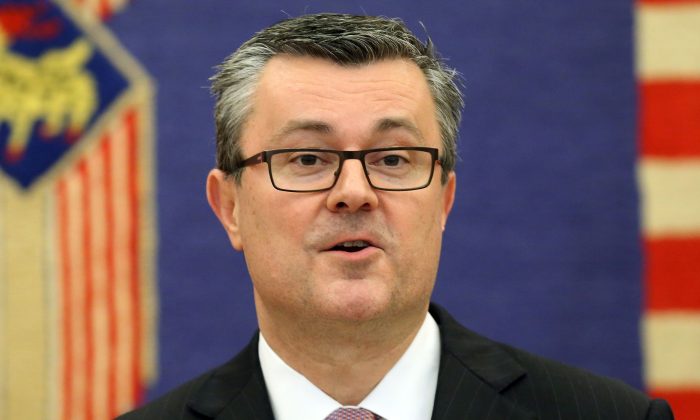 In Europe as in Africa, Tired Countries Draft in Their Leaders From Abroad

Months after an inconclusive election, Croatia has at last picked an almost unknown figure to be its new prime minister: Tihomir Oreskovic, chief financial officer of a Canadian generic pharmaceutical company. He has lived outside Croatia since childhood, largely in Canada, adopted “Tim” as his North American-friendly name, and reportedly speaks very poor Croatian. He also has no previous political experience—but by the same virtue, no background of political corruption either.

At first glance, Oreskovic has a high-level CV, but it flatters to deceive: He was the number four at a second-division corporation. Nonetheless, the Croats, still leaderless after an inconclusive parliamentary election months ago, and deeply disillusioned with government by either of the two major parties, voted for a new coalition of untried and untested center-right reformers led by Bozo Petrov, the young mayor of a small town. With the balance of power in his hands, he demanded that the government be headed by a nonpartisan, someone untainted by the greed and incompetence of before.

In many ways, this move is a sign of political desperation, and Oreskovic’s first newspaper interview evidenced no new actual ideas. For a chief financial officer, his ambivalence about what will have to take place—the devaluation of the kuna, the national currency—was either extreme caution or ignorance.

But the search for an outsider who heralds a new dawn is attractive to many countries with electorates exhausted by recycled, stagnant politics starring equally stale men and women. It is a device that has long been favored in Africa.

Search for the Hero

The prime example is Benin, where Lionel Zinsou returned from France to become prime minister, and where he’ll run for the presidency this year. Unlike Oreskovic, Zinsou really does have a top-level CV: a graduate of the École Normale Supérieure and the London School of Economics, he was a partner in Rothschilds Bank. An insider in French politics and friend of Laurent Fabius, the French foreign minister and former prime minister, he will at least have no language problems in Francophone Benin.

Zinsou has already put some money where his mouth is, financing through his foundation the first museum of contemporary art on the continent outside South Africa. For a country whose amazing bronze sculptures have evoked so much admiration, art is both a legacy and, Zinsou hopes, a path toward the future. Art, his thinking goes, will attract badly needed investment. It is a statement only a Frenchman could make—but at least Zinsou, unlike Oreskovic, has a policy.

Africa’s outsider leaders may have good ideas, but as in Croatia, the execution of those ideas is the real problem as 2016 rolls in.

Should he be elected, Zinsou will join Ghana’s Jerry John Rawlings and Botswana’s Ian Khama in Africa’s pantheon of half-European presidents. The former head of the African Union, Jean Ping, was half Chinese. There is a certain cosmopolitanism at work here.

But is this also just another sign of desperation? This turn to an outsider? This urge to step away from or skirt around political contamination?

After all, no single outsider can uproot embedded cultures of corruption, cultures of technophobia—witness South Africa, where extensive cadres of civil servants and municipal officials simply refuse to learn to use email—cultures where it is assumed history stopped at independence or liberation.

And even if new leaders can kickstart useless civil services, it takes a lot more than technocratic capacity at the top to fire up an economy’s productivity and competitiveness.

Zinsou wants to use art and also help the informal sector. That’s a modern idea and an innovative one—using the informal to kickstart the formal. The big logistical problem is how to enforce accountability in an informal setting. Who will safeguard the money the government invests, and how?

Africa’s outsider leaders may have good ideas, but as in Croatia, the execution of those ideas is the real problem as 2016 rolls in.

Stephen Chan is a professor of world politics at the School of Oriental and African Studies (SOAS), University of London. This article was previously published on TheConversation.com.