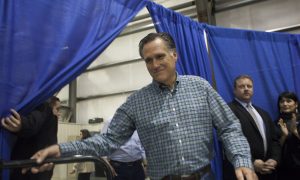 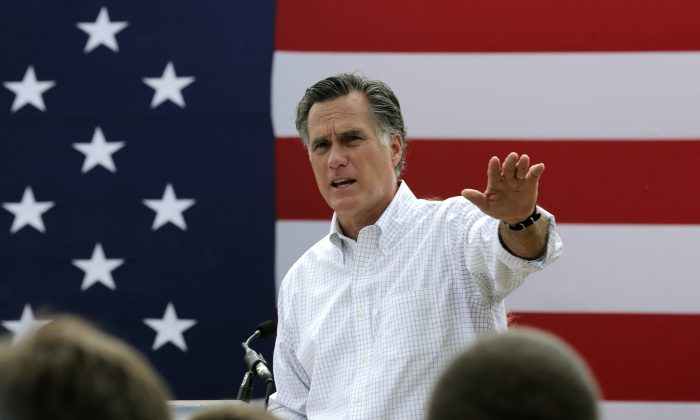 WASHINGTON—In a move that surprised his most loyal supporters and former staff, Mitt Romney told several donors Friday he’s seriously considering a third run for the White House — a dramatic shift for the last Republican presidential nominee after months of insisting his career in politics is over.

Yet should Romney follow through and enter the race, the former governor of Massachusetts who made millions in private equity would hardly be a lock to win his party’s nomination for the second time. He would join a field expected to feature more than a dozen Republicans with legitimate White House resumes, sitting governors and U.S. senators among them.

“Mitt has been a terrific leader for the Republican Party, but if he runs again, he’ll have to earn it again,” said veteran Republican operative Phil Musser, a former Romney supporter whose firm is already handling preliminary campaign work for former Florida Gov. Jeb Bush.

Romney attended a private gathering of donors Friday at the New York offices of Woody Johnson, a leading Romney donor in 2012 and owner of the NFL’s New York Jets, several people with direct knowledge of the meeting told The Associated Press.

All spoke under condition of anonymity, as they were not authorized to speak publicly about the private discussions. The meeting was first reported by The Wall Street Journal.

A spokesman for Romney did not immediately respond to a request for comment.

The news from Romney comes as Bush marches swiftly toward a 2016 bid of his own, one that threatens to win much of the support from the Republican establishment that fueled Romney’s last campaign. The son and brother of former presidents has spent recent weeks hosting private fundraising meetings across the country and is courting top talent to staff a potential campaign.

While the first primary contests in the 2016 race are roughly a year away, and no one has formally declared his or her candidacy, Republicans strategists suggested Friday that Bush’s moves — coming so quickly after a year in which he avoided questions about running for president — may have led to Romney’s decision to share his thought process with the donors.

Romney isn’t alone. New Jersey Gov. Chris Christie, who had said he planned to discuss his future with his family over the holidays and announce his decision on whether to run sometime this year, has scheduled a meet-and-greet with potential supporters in South Carolina for next week.

Two people at Friday’s meeting, which included a conference call and was attended by roughly 15 of Romney’s most generous and loyal past donors, said the gathering was meant to be an open-ended discussion among old friends. Several donors in the room had already privately committed to other 2016 contenders but wanted to hear from their one-time favorite.

Some were caught by surprise when Romney suggested he was considering a 2016 campaign after months of public denials. Others asked Romney what he would do differently after a 2012 campaign in which he struggled at times to connect with middle-class voters.

Toward the end of the hourlong session, Romney told his one-time allies they should tell their friends that a Romney 2016 campaign is under serious consideration, according to two people in the room.

He also acknowledged he needs to act quickly should he decide to run, said a top GOP donor briefed on the meeting.

Were Romney moving to join the 2016 field, many who served in senior roles in his previous campaigns assumed they would have been given a heads-up about an announcement. Those contacted by The Associated Press Friday evening had not been notified of Romney’s intentions.

While Romney is among the best known Republicans in the nation, he has never been a favorite of hardline conservatives. He was the overwhelming establishment favorite in a weak 2012 field, finding little competition for the party’s elite donor class in financial centers such as New York, Florida and Texas during his second run for the White House.

That wouldn’t be the case in 2016, with Bush and Christie among those with solid bases of donors ready to support their campaigns. And while Romney overwhelmed his 2012 competition with a superior effort to get out the vote, would-be 2016 candidates such as Kentucky Sen. Rand Paul and former neurosurgeon Ben Carson have been building nationwide networks for several months.

Durkin was among those surprised by Romney’s comments. He now strongly supports Bush and last Wednesday co-hosted a private fundraiser in Greenwich, Connecticut, for the former Florida governor.

Romney, who ran unsuccessfully for president in 2008 and 2012, has repeatedly insisted he would not run again. At a political rally in New Hampshire last summer, he said he would “get behind the one who I think has the best chance of winning.”

“We’ll get someone who can win,” he added.