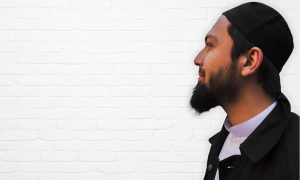 This Man Understands Why People Become Terrorists. It Almost Happened to Him
0
In Digital War Against ISIS, Speed and Counter-Narratives Are Missing
US

In Digital War Against ISIS, Speed and Counter-Narratives Are Missing

Tumblr, the microblogging platform that is a repository of cat memes, bohemian fashion trends, and esoteric rap quotes, also stores detailed instructions on how to aid the self-declared Islamic State in Iraq and Syria (ISIS).

Sometimes, months will pass before Tumblr becomes aware of an ISIS account and suspends the user.

One official ISIS Tumblr account, which posted extensive information on how to fund ISIS or host a fighter in one’s home, remained on Tumblr for at least three months.

According to the Internet Archive, this ISIS Tumblr account existed at least as early as May. In June, Tom Marshall, a Tumblr user, came across the account and reported it to Tumblr as a “propaganda blog for the Islamic State inciting violence and illegal activity.”

Tumblr acknowledged it received his email. But the blog remained online. In July, Marshall followed up with Tumblr via email. Tumblr removed the ISIS blog a few weeks later.

An official ISIS app was available on Google Play for three months before Google took it down. The app, called The Dawn of Glad Tidings, connected the personal Twitter accounts of ISIS supporters to ISIS’s communications department. It allowed users who downloaded the app to post automated tweets containing propaganda messages, links, hashtags, and images crafted by ISIS.

It was a sophisticated app that spaced out the tweets in a way that evaded Twitter’s spam-detection algorithm, reported the Atlantic. At one point, the app facilitated 40,000 tweets in one day.

Social networks tend to respond slowly to reports of terrorist accounts because they are restricted by the complex nuances of the legality of censorship, and a lengthy review process for flagged content.

Yet during a time when lone wolf terrorist attacks by people radicalized via the Internet are on the rise, and the number of terror-related arrests in the Untied States have increased to an unprecedented level since September 2001, some argue that social networks should do more to prevent the dissemination of extremist content online.

Surge in Online Radicalization in the United States

So far in 2015, 56 people have been arrested in the United States for plotting to join or aid ISIS, the largest number of terror-related arrests in a single year since 9/11, according to a report by George Washington University’s Program on Extremism.

There are currently 900 active investigations against ISIS sympathizers covering all 50 states.

As of the fall of 2015, U.S. authorities were aware of 250 Americans who either traveled or attempted to go to Syria or Iraq to join ISIS.

During President Barack Obama’s Oval Office address on Dec. 6 on the changing nature of terrorism since 9/11, he spoke of how perpetrators of the Boston Marathon bombings and the San Bernardino shootings were likely radicalized on the Internet.

“As the Internet erases the distance between countries, we see growing efforts by terrorists to poison the minds of people like the Boston marathon bombers and the San Bernardino killers,” Obama said in his speech.

ISIS SYMPATHIZERS IN THE UNITED STATES

According to a report from International Center for Counter-Terrorism (ICCT) in The Hague, radicalization on the Internet is a very new phenomenon.

For decades, studies have shown that terrorists take several years to go through the various stages of radicalization and needed physical contact with a recruiter before committing violent acts.

It wasn’t until recently that youth radicalization began to occur in much shorter time frames. This is likely a result of easy access to radical content on social networks.

“Clearly, persons looking for confirmation of their ideas will find that the Internet can function as an echo chamber of their already extremist ideology,” the ICCT report stated.

One of the most popular places for radicalization on the Internet is Twitter, where terrorists are very well-organized.

Studies estimate there are at least 90,000 Twitter accounts operated by ISIS. Some ISIS accounts are dedicated to generating content. Some are designated to retweeting material, while others are in charge of promoting the new accounts of suspended users.

And there are no effective measures that prevent suspended ISIS members from creating new accounts.

Costa is not a hacker. He is a flagger. Since the summer, Costa has flagged and reported thousands of ISIS accounts. “There’s some big players that have stayed on Twitter for way too long,” he said.

The Counter Extremism Project (CEP), a nonprofit dedicated to combating extremist groups, launched a petition asking Twitter to adopt policies that will make it difficult for suspended extremists to create new accounts.

So far, no new policies have been enacted. But there might be an upside to that.

Erin Saltman, a senior researcher for London think tank the Institute for Strategic Dialogue, said there’s a silver lining to having so many ISIS accounts on major social networks.

The interactions of terrorists on social media can offer intelligence agencies surveillance opportunities.

“It would be worse if these radical conversations move to smaller, unregulated platforms that are hosted in foreign countries,” Saltman said.

Denying access to extremist narratives can help stagger the spread of radical content, but censorship isn’t the only solution.

“We are seeing the kind of recruitment for millennials online that is fast paced and moving across many different platforms,” Pandith said on the Brian Lehrer Show. “We do not see the counter to that in any real way.”

“They’re having open conversations in real time in places we can see,” she said. “The tragedy is that we’re seeing this, but there hasn’t been the mobility at scale to compete with the messages of the extremists.”

There’s a need for more diverse and authentic counter-narratives that can plant seeds of doubt in the minds of those who are considering extremist ideology.

But such narratives are difficult to generate and can have the opposite impact if it does not come from an authentic source.

ISIS’s propaganda is complex and diverse, varying from humanitarian intervention, martyrdom, to defending “true” Islam. Their narratives appeal to an individual’s search for identity, life meaning, friendship, romance, and adventure.

“It’s like saying: ‘You don’t know how to be a Muslim, so we’ll tell you how to be one,'” said Emeric Bernard-Jones, co-founder of the FARO Project. “It’s a delicate issue.”

The FARO Project, which stands for the Fight Against Radicalization Online, is an online campaign that educates people how to identify and report individuals who are at risk of engaging radicalizing.

Many ISIS recruits could have been prevented from leaving for Syria or from participating in a suicide mission if their family members and friends had seen the signs and notified authorities.

The most authentic counter-narrative sources would be former ISIS recruits who have defected, but those are hard to come by.

But not many defect because they’ll be killed if caught, and those who do succeed in leaving likely face prosecution upon returning home.

Still, a few have made it out.

A report from the London-based International Center For the Study of Radicalization and Political Violence studied 58 former ISIS members who explained their reasons for joining and leaving.

Many joined because they believed that Sunni Muslim minorities in Syria and Iraq were in danger of ethnic cleansing. Out of a desire to save their people, they adopted a misguided notion that joining ISIS would be supporting a humanitarian cause.

ISIS’s propaganda claims the Western media is telling lies, and that if they join ISIS they’d live a spiritually meaningful life filled with luxury, love, and friendship.

The defectors became disillusioned by the unrestrained violence they witnessed such as the execution of ISIS members and the killing of women and children. They also saw ISIS killing many Sunni Muslims as well.

They also became disillusioned by the poor standard of living. Many said they found it difficult to cope with electricity shortages, and the cars and luxury living they were promised during recruitment never materialized.

These stories don’t seem to be percolating through in any great volume, however. Until such narratives permeate social media too, it will be difficult for the West to win the digital war against ISIS.