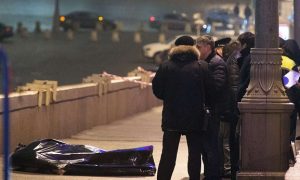 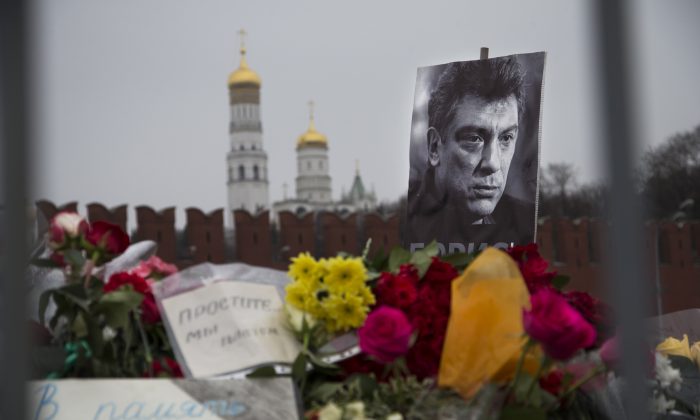 The face of a Russia that could have been. (AP Photo/Ivan Sekretarev)
Europe

In Death, Boris Nemtsov Embodies the Hope of a Better Russia

Boris Efimovich Nemtsov was killed just before midnight on February 27 2015. Nemtsov’s death was both the culmination and the continuation of his extraordinary political life.

I first encountered Nemtsov in 1992 at a meeting with a World Bank delegation in his office in the Nizhny Novgorod Kremlin, a few months after he had been appointed as provincial governor of that state by the new president, Boris Yeltsin.

Nemtsov clearly did not conform to the staid stereotype of a governor. He was only 32, a physicist with some experience in environmental activism and a brief period as a local councillor after the first democratic elections in 1990. He slouched at the table like a undergraduate, and spoke plainly, using neither the stock phrases of the traditional Soviet bureaucrat nor the jargon of the ideologue market reformer.

On the subject of the financial crisis – much worse than today’s – I remember him saying with disarming honesty: “Sometimes I just find myself looking out of the window and wonder what we are going to do, how will we look after people when the money runs out – and will the mob come for us?”

In the end, Nemtsov was to prove one of Russia’s most successful post-Communist governors. Upon taking office, he immediately declared that Nizhny Novgorod would be the “laboratory of reforms”.

Usually, either Moscow or St Petersburg takes the lead on any major reform, but in 1992, the reformers in power in both capitals were mired in policy debates and political splits. Nemtsov saw his chance to lead the way and called in the International Finance Corporation of the World Bank. With their help, he instigated the first programme of privatisation in the former USSR.

But Nemtsov did not subscribe to the simplistic laissez-faire economic model then in vogue in reform circles. He initiated many programmes to try and save Nizhny Novgorod’s Soviet-era enterprises, and led innovations in the area of land reform, emphasising equity and redistribution as well as efficiency.

He differed from many fellow reformers not only in his concern for mitigating the social effects of marketisation, but also in favouring the reassertion of the “little motherland” of province, town and village. It was fitting that his 1997 autobiography should be titled Provintsial (a provincial), proudly adopting what in Russian is usually a pejorative term.

Nemtsov had a pronounced pro-Western, especially anglophile, orientation he never wavered from. Nationalists often regarded him as an agent of the West, forgetting that in the early 1990s, Nemtsov’s instinctive Westernism was uncontroversial. Everyone wanted Western aid and partnership; he was just quicker and better at building links with Western donors and governments than his competitors.

The idea that there might be a tension between being pro-Western and a patriotic Russian did not return to mainstream elite politics until much later, particularly after the Kosovo crisis of the late 1990s. For his part Nemtsov remained true to the early 1990s ideal of Russian-Western friendship right to the end, by which time such views were very much in a minority.

Westerners reciprocated Nemtsov’s enthusiasm from the beginning. Margaret Thatcher famously made a detour to visit him in Nizhny Novgorod in 1993 – a symbolic moment indeed given that the city was long closed to foreigners.

His easy charm and cool air of authority had many at home and abroad seeing him as a future president as early as 1992. But it is not unusual for a successful local or regional politician to have trouble reproducing their success at national level – and this was precisely Nemtsov’s fate.

While Nemtsov was long talked about as a possible successor to Yeltsin, he simply did not have the support of the backers he would need. He was untainted by the worst aspects of the 1990s, but that was not exactly an electoral asset. His outspoken criticisms of wealthy and influential men such as Boris Berezovsky and Moscow mayor Yury Luzhkov meant he could never gather elite support for a major presidential campaign when he was still popular enough to win.

Initially, like many reformers, he approved of Putin’s rise to the presidency, but he changed his mind early on. Most did not, and for a number of years the prosperity and stability of the Putin regime left dissenters such as Nemtsov increasingly marginalised.

Still, Nemtsov’s personal standing was enough for him to at least try for the presidency – and when he eventually ran for mayor of Sochi in 2009 he came second with 14%, in the face of clear media bias and alleged voting irregularities.

With no possibility of a conventional parliamentary or governmental career, Nemtsov spent the last few years as a street campaigner and orator, and a member of the local council in Yaroslavl, where he was elected on an anti-corruption platform. He was particularly bold in his adopting the cause of the Orange revolution in Ukraine, both in 2005 and 2013-14. That earned him widespread opprobrium in Russia, and he was one of those who were referred to as a “fifth column” machinating against Putin’s rule.

Remaining loyal to the same principles he embodied in the early 1990s, Nemtsov never saw a contradiction between being a Russian patriot and a friend of Ukraine, just as he saw no contradiction in being both a patriotic Russian and a Westerniser.

When peace finally returns to the Russian-Ukrainian relationship, Nemtsov’s role as a bridge between the two countries, as Ukrainian President Petro Poroshenko called him, may have even more symbolic power posthumously than it did when he was alive.

Since 2000, the official narrative has denigrated the 1990s (not without cause) as a time of chaos and suffering, a nadir to which Russia must never again be allowed to sink. But now Russia is entering a new economic crisis, that narrative has begun to wear thin.

If Russia is to weather the storm, some of the discarded policy furniture from the 1990s – decentralisation, pluralism, competition, diversification, localism – may need to be dusted off. And the death of Nemtsov, the 1990s’ last widely respected voice, may help to defuse some of the tension around that decade’s legacy so that Russia can at last move on.

As a national icon, Nemtsov has now taken his place alongside Vladimir Vysotsky and Andrei Sakharov –- Russians who even in death personify values the Russian people had feared lost, and whose funerals are remembered as defining events of their eras.

One of Nemtsov’s British friends, John Major, caused much amusement in 1992 when he referred to his vision of Britain as “a nation at ease with itself“. But as Nemtsov understood, this is exactly what has been lacking in Russia. And this is what Nemtsov’s life seemed to promise.