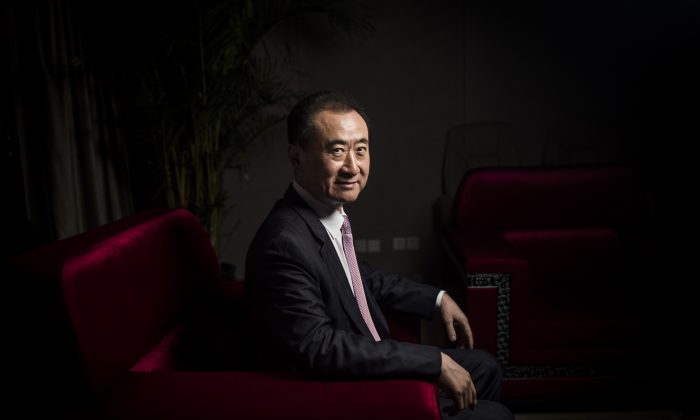 With its buying spree of Hollywood companies, Wanda may violate U.S. antitrust law
By Joshua Philipp

The Chinese regime’s growing influence over Hollywood is different from the rise of any other power in any industry. It is not being done through quality products or national innovation with which other nations can compete.

Instead, in its takeover of Hollywood, the Chinese regime is using methods that may violate laws in the United States and under the World Trade Organization (WTO).

Through this, it is competing on ground that has pushed out the other players, and through its own laws, granted itself the ability to alter the films being made to better fit its own political controls.

The biggest player in China’s new Hollywood is Wang Jianlin, chairman of the Wanda Group. Chinese state media announced on Nov. 3 that Wang will establish a multibillion-dollar investment fund to invest in all six major Hollywood studios.

Wang already owns AMC Entertainment, Legendary Entertainment, and the Golden Globes through Dick Clark Productions, and is in the process of building what will become the world’s largest film studio, in northeast China.

It’s illegal in the United States for a movie studio to also own a major theater chain. This was found to violate anti-trust laws, under the Supreme Court’s 1948 ruling in United States v. Paramount Pictures, Inc.

By owning a major U.S. theater chain in addition to chains elsewhere in the world, and by owning and trying to buy even more major film studios, Wang is doing something that no other Hollywood power broker would likely be allowed to do.

The Hollywood Reporter raised this issue on May 18, when Wang was trying to purchase Paramount Pictures. It stated that some insiders were questioning whether Wang’s bid would face anti-trust problems, due to the 1948 ruling. It also quoted an unnamed Chinese executive as saying, “As I understand it, a small stake might have been possible, but the 49 percent stake that’s being discussed now would definitely face an anti-trust challenge.”

The legal wrangling doesn’t end there, either. The Chinese regime itself has been playing the system by limiting the number of foreign films that can be shown in China—a system it uses to urge filmmakers to go beyond censorship laws and try to appease its censors—in violation of laws under the WTO.

The United States brought a WTO case against China in April 2007 for its restrictions on film imports, and in 2009, a WTO panel “found China’s constraints on film imports were in violation of its trading rights obligations,” according to an October 2015 congressional report.

The Chinese regime’s appeal was rejected by the WTO, which, according to the congressional report, ruled for “China to provide equal rights for all individuals and enterprises, both foreign and domestic, importing entertainment products into China on an unlimited basis.”

It was given until March 2011 to meet the WTO’s requirements, but as the report states, “The Chinese government, however, failed to modify its practices to meet WTO standards by the deadline, instead maintaining limited foreign access to its film market.”

Then, in February 2012, the Chinese regime and the United States signed a Memorandum of Understanding, which raised the number of foreign films allowed in China each year from 20 to 34.

The report notes, however, that “the deal did not bring China into compliance with the WTO ruling.” It says they will meet again in 2017 and “if the consultations fail to produce an agreement by Jan. 1, 2018, the United States would pursue procedural action against China in the WTO.”

In the interim, however, the Chinese regime is making its own laws for Hollywood to play by.

On Nov. 7, the Chinese regime passed a new film law that bans content, according to AFP, that could harm the “dignity, honor, and interests” of the Chinese Communist Party. It also says films should promote “socialist core values.”

Hollywood has already been playing to the beat of Chinese censors. Miao Xiaotian, general manager of China Film Co-Production Corp, noted, as Deadline paraphrased on Nov. 3, “many of the scripts he sees do not meet their requirements, so they try to help filmmakers understand how to change the scripts to reach their standard for co-production.”