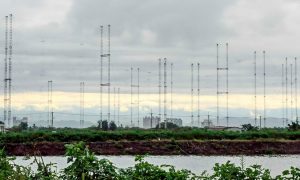 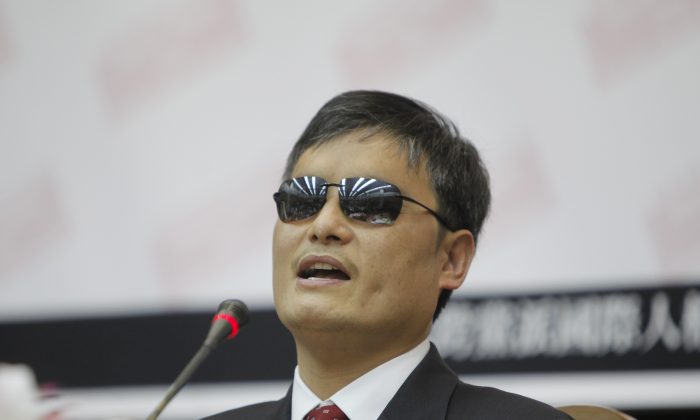 In Communist China, Shortwave is a Window to the World

For generations of Chinese people, shortwave radio broadcasts have sometimes been the only source of independent and truthful news about what is going on around the world and even what is happening inside their own country.

In the 1960s, during the Cultural Revolution, it was a crime to listen to Voice of America’s shortwave radio broadcasts: it was called “an enemy station” in Chinese communist propaganda. Amy Xue, who was a teenager during the 1960s and now works at a law firm in Washington, D.C., said that it was her only source of actual news during the chaotic and tumultuous period.

“I was scared and excited,” when she first heard VOA, on big, chunky, rubber and steel headphones handed to her by a cousin, who worked in a state-run telegraph office. On that Panda brand shortwave radio—which was a good one, Xue said, given that it was supplied by Xinhua, the state-run news agency—Xue would listen to English lessons as well as news about America and developments in China.

Part of VOA’s mission then was to assist in China’s “peaceful evolution,” a phrase loathed by the Chinese Communist Party and seen as tantamount to calling for the destruction of the regime. Xue said she was frightened of being caught when she listened to VOA, but that the broadcasters sounded “very friendly, and their voices were soft.”

“It was very different from that revolutionary stuff of the Communist Party, which was very extreme and hard,” Xue says. She learnt via VOA of the untimely death of Lin Biao, who had until then been Chairman Mao’s most trusted lieutenant, in an aircraft crash over Mongolia. “I was shocked. I couldn’t believe the news. A few days later the school called us together and told us.”

Years later, VOA was again crucial for another generation in China: college students during the late 1980s, who were involved in or knew about the Tiananmen Square pro-democracy protests.

David Tian, a developer associated with the Global Internet Freedom Consortium, an anti-censorship coalition, and a scientist at the University of Maryland, said that VOA shortwave broadcasts were the only way he and schoolmates could follow what was transpiring on a daily basis during April, May, and June of 1989, leading up to the military crackdown and shooting of students and residents in Beijing.

“Even before, in the 1980s when I was in college, listening to VOA shortwave was a great way to learn English,” Tian said.

During the Tiananmen movement, “Everyone who was not physically at the square was pretty much glued to shortwave radio for the whole development,” he said. At that point listening to non-propaganda shortwave broadcasts was no longer a crime, though the Chinese regime regularly jammed the signals. “It was very difficult to get a clear signal,” Tian said. When someone did have a good signal, though, their dorm room would be filled as Tian and his peers listened to VOA broadcasts into the night.

After the massacre, jamming was “really, really bad,” Tian said.

Without VOA, Tian and his classmates would have been completely in the dark about the events taking place in China. No one at all believed the state-run television and radio broadcasts about events on Tiananmen Square. “This was a critical source. We really trusted what VOA said. We trusted nothing of what the Party said.”

The most recent noted beneficiary of shortwave broadcasting in China is the well-known blind Chinese human rights lawyer, Chen Guangcheng, who after being released from prison was immediately put under house arrest by authorities in his village of Linyi, Shandong Province.

Chen was permitted to listen to shortwave radio broadcasts, though. In recent interviews he has given in Taiwan, Chen said that for the masses of Chinese that don’t have computers, “shortwave broadcasts are extremely good for helping them understand news from the outside world. It’s a simple and convenient, and hard to disrupt.” He added that there is a “huge market” for shortwave in China, and that the medium is still “extremely, extremely important.”

In an interview in March, Chen made specific reference to one shortwave broadcaster, Sound of Hope Radio, which has been occupied recently with a dismantling of one of the shortwave relay stations that is uses, which is operated by the national broadcaster Radio Taiwan International. Sound of Hope says that taking down the Tianma relay station would hamper its efforts to broadcast into China. RTI says the move has been planned for years and would have no impact.

Chen Guangcheng said of Sound of Hope that from 2008, it became as important as Radio Free Asia in broadcasting into China. “I listened to Sound of Hope all along when I was in China,” he said recently in Taiwan. “Due to the hard work of Sound of Hope, the quality of the broadcast was very good … Sound of Hope spoke clearly about things that people hadn’t previously considered. They made it very easy for us to understand why China was not a just place.”