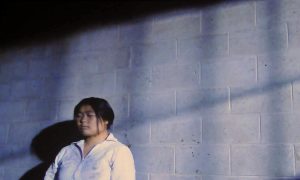 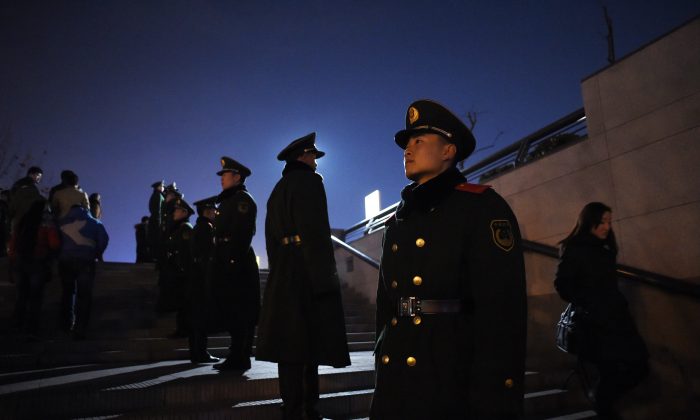 A group of police officers stand guard in Shanghai on January 3, 2015. On Jan. 28, police in southwestern China’s Guizhou Province secretly dissected a victim’s body without notifying his family, and the outraged victim's family have accused police of stealing his organs. (Wang Zhao/AFP/Getty Images)
China

For one family living in southern China’s Guizhou Province, Jan. 28 was something straight out of a nightmare.

A Shanghai newspaper reported that at 1 a.m. of the 28th, 18-year-old Huang Miaoshi was stabbed and mortally wounded by a group of men outside a bar in Wangmo County. Local police then whisked his dying body away to the mountains where they conducted a “secret autopsy.” After a day’s search, Huang’s family retrieved the body of their son.

Huang’s parents believe the “autopsy” was a pretense to harvest their son’s organs.

Huang’s father, Huang Zechao, suspects that the police, linked to the “chaotic organ transplant industry” in China, pilfered his son’s organs, as reported by Shanghai media The Paper.

At 11 in the morning, ten hours after Huang Miaoshi was stabbed, the Huangs received a call from police. The family was told to collect their son’s body at a local mortuary.

Morgue staff, however, told the Huangs that they hadn’t received the remains. Following a frantic search, the family eventually found out that their son had been transported to the mountains.

Later that evening, they tracked the police down in the rural heights outside town and found Miaoshi’s naked body, heavily stitched after the autopsy, lying on a plastic tarp. According to the Paper report, the police hurriedly left in the vehicle upon seeing the Huangs.

Huang’s family members have raised their suspicions about police behavior in the events of Jan. 28.

According to testimony by Huang Miaoshi’s friend, Wei Yesong, who was accompanying him during the attack, Huang was still alive when the police arrived at the scene.

“Why wasn’t there any death certificate when the police announced Huang Miaoshi’s death?” one family member questions. “Did the police do their best to rescue him before he died? Why didn’t the police inform the family before performing the autopsy?”

Wangmo County police denied the accusations that Huang’s organs had been removed, and stated that it would “strictly discipline” the officers involved in the illegal autopsy, The Paper reports.

Chinese state authorities are notorious for harvesting organs from death-row inmates and prisoners of conscience. Official establishments, such as military hospitals, play a major role in the illicit organ transplant industry.

Organs extracted from a living donor drastically increase the odds of a successful transplant, even compared with those taken from the recently deceased. According to investigative research by journalists and human rights associations, Chinese authorities engaged in organ harvesting often execute their victims in a two-step process—death comes only after the extraction is complete.