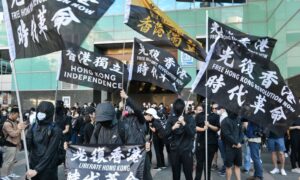 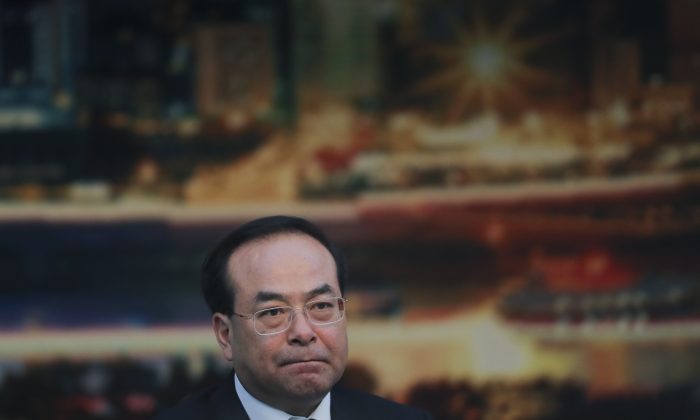 Sun Zhengcai attending the National People's Congress in Beijing, on March 6, 2017. Chinese state media reported on Friday that he has been ousted from the Chinese Communist Party. (Photo by Lintao Zhang/Getty Images)
Chinese Regime

In China’s Political ‘Game of Thrones,’ a Top Official Loyal to Former Leader Is Expelled From Party

A top party official once considered a contender to succeed China’s current leader has been expelled from the Chinese Communist Party. On Friday, Chinese state media reported that the party’s anti-corruption body charged Sun Zhengcai with accepting bribes, abusing his powers to benefit his relations, using sex to gain power, among others.

Sun was removed from his position as Party Secretary of Chongqing City back in July. The Party announced that he was officially under investigation for “severe violations of discipline.”

The swiftness with which he has been charged is unprecedented. The news also comes just weeks before the 19th national congress will convene to determine the incoming group of political elite who will rule the country for the next five years. Current leader Xi Jinping is expected to continue as the top party boss.

However, there remains a faction within the party loyal to former leader Jiang Zemin. In recent years, Xi has consolidated his power by taking down a number of high-ranking officials in the Jiang faction, via his anti-corruption campaign.

Sun is the latest to be exterminated. Sun was a close ally to several high-ranking Jiang loyalists, including Zeng Qinghong, the former vice-chair from 2003 to 2008. He was Jiang’s close confidant and ruthlessly destroyed Jiang’s opponents to enable Jiang’s rise to power.

Jiang became known for his violent tactics to win control: he vouched for the crackdown on student democracy activists during the Tiananmen Square massacre; bungled the country’s response to the SARS epidemic; and launched a nationwide genocide to eliminate adherents of the Falun Gong spiritual practice.

Sun Zhengcai rose through the ranks under Zeng’s guidance, according to China current affairs commentator Tang Jingyuan. By taking down Sun, Xi Jinping is assuring that Zeng’s path to survival is eliminated, Tang said. That will weaken Jiang’s remaining influence in the party.