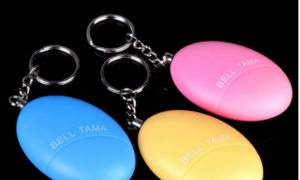 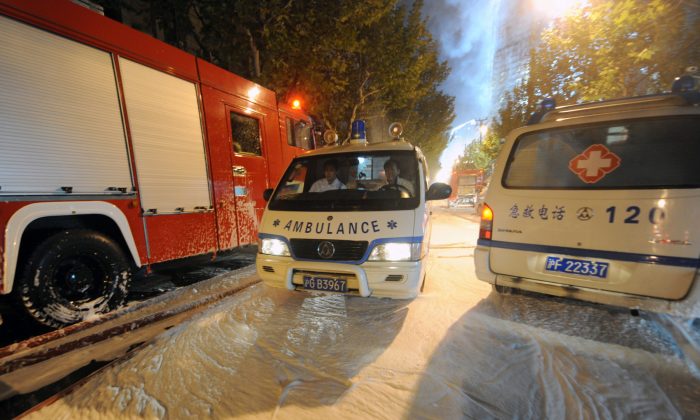 Medical personnel sit in an ambulance in Shanghai on Nov. 15, 2010. Counterfeit ambulance services have popped up in China in the last few years, confusing and endangering patients. (STR/AFP/Getty Images)
China

When her husband needed to be moved to another hospital, Ms. Huang in Wenzhou dialed “120” on her phone—the emergency hotline—to call an ambulance.

A vehicle arrived, alright—but it wasn’t an official ambulance. Instead, it was an unlicensed, rogue operator, effectively a van made to look like an ambulance.

The husband nearly suffocated to death on the way to the other hospital, given that the ventilator had broken down; he also suffered excessive bleeding, because the medical workers who picked him up lacked proper training.

“The vehicles have the siren and red cross logos affixed to them—average citizens can’t tell that theses are fake ambulances,” said Tang Kai, the director of vehicle management at a hospital in Xinjiang Province, according to People’s Daily, the state mouthpiece, in a January report.

The story that has since emerged made clear what was going on: the unlicensed ambulances were competing with real ambulances for business, and people working for the “120” hotline were selling emergency call information for kickbacks of around 20 percent of the ambulance fee, according to Sina Weibo, a well-known news portal.

Seven people were found to have been selling information to the rogue operators, earning thousands of yuan before they were charged by municipal authorities, according to reports.

A core problem is with the administration of licenses for ambulances, according to People’s Daily in an April 2012 report, where a constellation of agencies has its fingers in the pie.

The health bureau manages emergency medical technicians, the public security and transportation bureau sets up rules on vehicle modifications, the price setting bureau dictates price regulation, and the bureau of industry and commerce deals with fraudulent business activity—but when an actual problem occurs that involves all four bureaus, such as fake ambulances intercepting patients, it seems that none of the agencies lift a finger.

Those issues have plagued the ambulance system for several years already, according to People’s Daily.

While unlicensed ambulances are the worst case, there are also instances of people receiving exorbitant fees from ambulance operators.

On Feb. 21, Mr. Pang, a resident of Liyang City in Jiangsu Province of eastern China, called “120” after he collided with another car, which left his 2-year-old nephew seriously injured.

When a local hospital couldn’t take care of the nephew’s injury, an ambulance from Nanjing, the province’s capital, took them to the Nanjing General Hospital of Nanjing Military Command, according to the Yangtze Evening News.

The Pang family was asked to foot a bill of 3,600 yuan (about $574) upon arriving at the hospital—but the receipt given to the family was only for 1,600 yuan (about $255). Eventually, emergency workers produced another receipt, for 3,600 yuan, but it was on an unofficial-looking piece of paper.

The family never figured out who pocketed the 2,000 yuan.