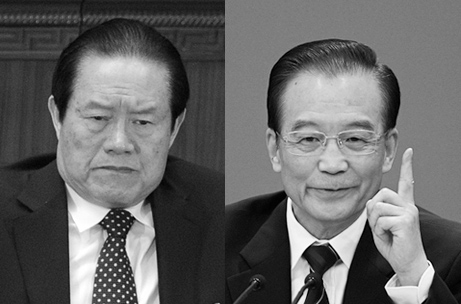 In China, Reformers Call for Disclosure of Assets

China’s endemic corruption may be denounced by all contending factions within the Chinese Communist Party (CCP), but how those factions look at dealing with it is strikingly different. Now, the virtual stalemate within the Party that has prevented any substantial action has been broken by dramatic events in Chongqing, and reformers look set to push ahead.

The retired cadres first made their suggestion in a letter submitted to Party central in mid-February. Because Party leaders did not respond, the three decided to make their letter public on May 17 by publishing it on the Internet.

Disclosing assets strikes at the root of financial corruption that sees officials and cadres use their positions to build personal empires while sending fortunes offshore in case problems erupt at home.

The retired cadres insisted that disclosure should occur before the 18th Party Congress, expected to take place in October. At that meeting, seven of the nine members of the Politburo Standing Committee—the small body of nine who rule the Party—and many of the other 350 or so members of the Central Committee will be replaced.

The three cadres—Ma Xiaoli, Ren Xiaobin, and Cui Wunian—are known as liberal reformers. Two of them were ousted in the aftermath of the Tiananmen Square massacre. All held senior positions in the Party, with Ma the one-time Party secretary for Shaanxi Province.

Their letter suggested that leadership hopefuls should disclose their personal and family assets to various Party entities including the Central Commission for Discipline Inspection (CCDI).

Along with the letter demanding transparency, the cadres published a commentary on the scandal that has turned the Party upside down: The attempted defection of Chongqing police chief Wang Lijun and the subsequent downfall of former Chongqing Party Secretary Bo Xilai, followed by the investigation of domestic security czar Zhou Yongkang.

“This incident has particularly shocked the broad numbers of ordinary Party members,” read the letter, referring to what has come to be known as the Chongqing incident.

“Thoroughly rooting out corruption, and starting by eradicating corruption in the Party’s leadership, has become an urgent task that cannot be delayed. Tens of millions of eyes are fixed on the 18th Party Congress,” it read.

While elder reformers such as Ma see transparency as central to addressing corruption, elder hard-liners once loyal to Bo saw his effort to renew Maoist zeal in Chongqing as another solution.

To them, corruption is a return of the opulence the CCP supposedly purged upon coming to power in China 60 years ago.

“Thirty years of opening and reform have achieved remarkable economic achievements but those brilliant achievements were followed by class polarization, rampant corruption, a public spiritual vacuum, chaotic thinking, moral decline, prostitution, drugs, triads, and so on,” said Hu Muying, the president of the Children of Yan’an Fellowship, at a speech in February just before Wang made his defection attempt.

“These evils that were exterminated at the founding of New China have made a comeback and may even have grown worse,” she said.

Yan’an was the stronghold in Western China of the CCP before it gained power by defeating the Nationalist Party, and most of The Children of the Yan’an Fellowship were born there. Hu Muying’s father was a speechwriter for Mao Zedong and Deng Xiaoping.

A year earlier, Hu Muying’s group was touting Bo’s efforts against corruption in Chongqing as a way forward.

Besides trying to revive Cultural Revolution-style mass fervor for CCP ideology, Bo also led a bloody crackdown against corruption and the mafia that critics say was in fact a form of corruption—the campaign was said to aim equally at political opponents and legitimate businesses with enviable assets.

At a recent meeting of top cadres, including CCP head Hu Jintao and Premier Wen Jiabao, a host of charges were leveled against Bo including murder and planning a coup against Xi Jinping, Hu Jintao’s presumed successor.

At that same meeting Hu backed Wen’s call to have the CCDI investigate Zhou, who has already been stripped of his control over the regime’s massive public security and domestic surveillance apparatus.

With Bo and his previous actions now under intense scrutiny, the hard-liners’ preferred solution to corruption seems to have been halted before it could spread beyond Chongqing.

Both Bo and Zhou are leading members of the bloody hands faction—the officials Party head Jiang Zemin promoted in order to implement the persecution of Falun Gong. Their loss of power means that the most important obstacle to reform in China, the ongoing campaign against the spiritual practice of Falun Gong, is losing its backing within the Party.

The letter by the three Party elders in calling for ending corruption stops short of calling for political reform. The CCP’s flagship newspaper People’s Daily has recently come out in favor of reform.

It published a full-page article on May 17 with the headline, “Leading Cadres Must ‘Pave the Road’ for Successors Before Leaving Office.”

The article said current leaders should share their experiences with successors to prepare them to deal with key issues related to incomplete and difficult tasks.

A May 14 article in the same paper declared that was already happening with a headline reading “Government Restructuring Progressing Steadily.”

On May 18, the paper published an article series calling for changes to be intensified.

In the history of the CCP, it has been rare for political reform to be highly reported twice in one week.

Experts say that the Party is urging Hu and Wen to enact intense government reform before stepping down.

Washington D.C.-based China expert Shi Zangshan says the articles reflect a call for change from within the Party.

“From the looks of People’s Daily on the 17th, we can clearly see that some high level individuals in the Party are demanding that Hu and Wen officially enact government reform before they step down.”

“It seems that the demand for government reform is now extremely strong.”

Shi noted that a leaked document indicates key Party leaders are prepared to make four seismic changes in China, including forming a committee that will write a new constitution, redressing the Tiananmen Square massacre and persecution of Falun Gong, ending the CCP’s role as the ruling Party, and nationalizing the military—meaning the government and not the Party would control the military.

“Many current phenomena may be preparation for these actions,” Shi said.

When Chongqing’s former top cop, Wang Lijun, fled for his life to the U.S. Consulate in Chengdu on Feb. 6, he set in motion a political storm that has not subsided. The battle behind the scenes turns on what stance officials take toward the persecution of Falun Gong. The faction with bloody hands—the officials former CCP head Jiang Zemin promoted in order to carry out the persecution—is seeking to avoid accountability for their crimes and continue the campaign. Other officials are refusing to participate in the persecution any longer. Events present a clear choice to the officials and citizens of China, as well as people around the world: either support or oppose the persecution of Falun Gong. History will record the choice each person makes.