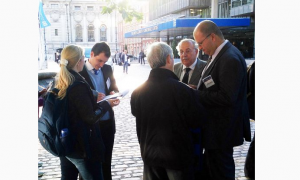 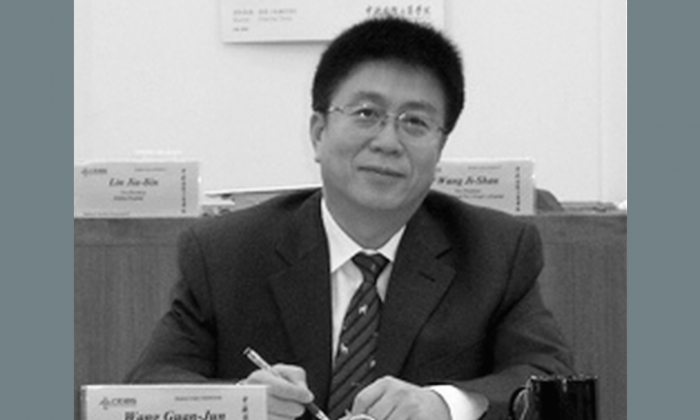 The Chinese Communist Party's disciplinary body is investigating Wang Guanjun, president of The First Hospital Of Jilin University. Transplantation at that hospital has been linked to the forced, live organ harvesting from Falun Gong practitioners by the website Minghui.org. (Screenshot/jlu.edu.cn)
China

In China, President of Hospital Tied to Organ Harvesting Investigated

The president of a hospital in northeastern China’s Jilin Province that has been reported as practicing forced, live organ harvesting from Falun Gong practitioners has been targeted by the Chinese Communist Party’s disciplinary body.

Besides Wang, at least 12 university leaders have been investigated by Party Central this year, and one third of them are from medical universities, according to the state-run Beijing Youth Daily.

However, Epoch Times has reported that in numerous instances the charge of “corruption,” while justified, has been a pretext for a political purge.

Wang has served as the president of The First Hospital of Jilin University since 2004.

The website Minghui.org, which serves as a clearinghouse for reports of persecution suffered by Falun Gong practitioners in China, has several times reported Jilin Hospital was involved in forced, live organ harvesting during the time Wang has been in charge.

In 1999 the then-CCP head Jiang Zemin ordered a campaign to eradicate the spiritual practice of Falun Gong. According to Minghui, over 3,700 practitioners have died from torture or abuse. Hundreds of thousands have been detained.

According to researchers, those who are detained, in addition to often suffering torture and brainwashing, may be victims of organ harvesting. Tens of thousands of practitioners are believed to have been killed for their organs, which are sold for transplantation.

At the gate of The First Hospital of Jilin University one sees prominently displayed announcements that Jilin University is recognized as a transplant center, and receives funds for such activities.

Minghui reported in June 2006 that, according to sources inside the hospital, over 20 organ transplants were performed at the First Hospital of Jilin University during April and May 2006. Only two of the organs were from family members, and all the others were of unknown origin.

From July through September 2006, the hospital performed seven or eight kidney transplants daily, Minghui said in another report in 2006.

Professor and chief physician Fu Yaowen of the Organ Transplant Center of The First Hospital of Jilin University has performed organ transplants for years, with many of the organs transplanted of unknown origin, according to Minghui.

The report says Fu mostly relies on his wife Sun Suping, president of the Changchun City Economic Technology Development Zone Court, to get leads on supplies of organs from prisoners.

In a case mentioned in the report, a patient’s family member said matching organs were obtained from young donors in very short periods of time.

The patient, who received treatment for a heart problem at The First Hospital of Jilin University in February 2006, was transferred to Jilin Province Cardiology Hospital where he waited for a matching organ for a transplant.

The first organ from a 40 year-old male was found within 18 days, but was not used when it was found not to match. The second organ came from a 20 year-old male and was found in 20 days, the family member told Minghui.

The average wait time for a heart for transplantation in the United States is between six months and three years.

Armed police brought the heart to the hospital in a police car, the report said. One of the professors performing the transplant operations is a retired professor surnamed Liu from the First Hospital of Jilin University.