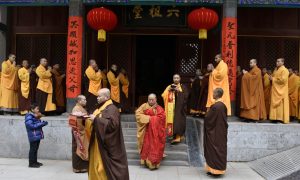 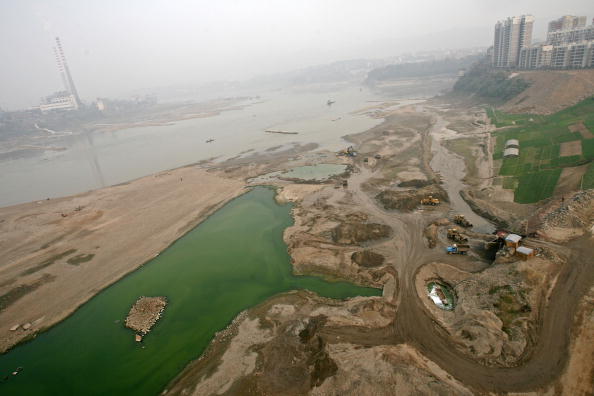 Illegal sand mining in the Yangtze River has continued unfettered despite the fact that Chinese authorities have banned it many years ago.

Two illegal sand dredges—each loaded with about 700 tons of sand—were captured by Chinese authorities in the Hannan district of Wuhan City, Hubei Province, off the coast of the Yangtze River, on March 28.

Demand for sand, a primary ingredient for producing construction materials, has been on the rise with China’s hunger for building infrastructure. With sand prices getting higher, some crafty businesses have turned to illegal dredging to make profits.

In a March 30 report, Chinese newspaper Chutian Metropolis Daily stated that the two dredges were seized, with five workers on the vessels arrested. One of the workers said he knew sand mining in the Yangtze was illegal but he had to follow his boss’s orders.

The news article further explained that sand mining workers pump up sand with water. So if they pump in one place for a long time, the bottom of the river bank will become hollow, causing damage to the dikes. In addition, illegal sand mining workers dare not dredge sand during the daytime, so they often choose to work between 11:00 p.m. to 5:00 a.m. Sand mining workers keep their lights off to evade detection, but it becomes dangerous for other ships traveling on the river.

Radio Free Asia (RFA) reported in April 2013 that large-scale sand mining in rivers and lakes has caused extensive damage to the environment. It is also considered to be a serious threat to the safety of river embankments, resulting in problems with flood control and water conservation.

Zheng Yi, a U.S.-based writer who published a book on China’s environmental issues in 2000, titled “The Destruction of China,” told RFA that China has banned sand mining in the Yangtze River since 2000, but the practice has never stopped.

In recent years, due to increasing demand for sand for construction, the prices of river and lake sand have also raised. In 2006, 13 local officials were investigated and punished for bribery in Yongxiu County, Jiangxi Province, all for crimes related to the local sand mining industry. The county authorities wanted to monopolize the sand mining industry and sell off sand mining rights to Poyang Lake, the largest freshwater lake in China located in Jiangxi Province. They earned huge profits as a result.

Zheng believed that like other environmental issues in China, sand mining is difficult to regulate because local authorities and officials are interested in gaining from it.