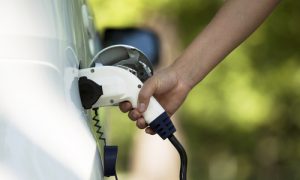 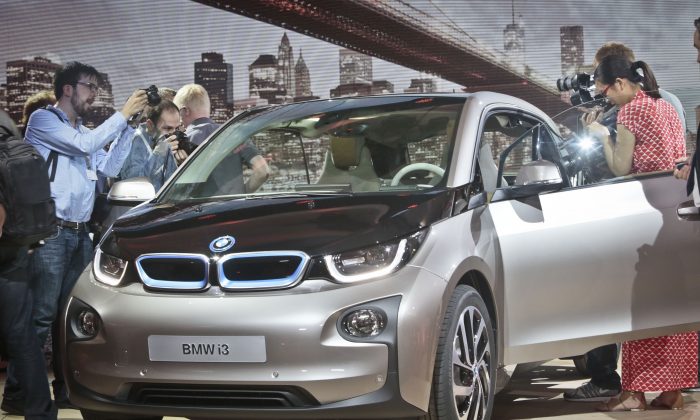 The light-weight BMW i3 is designed to maximise its range. (AP Photo/Bebeto Matthews)
Autos

To take a look at the cars on your street, it might not be apparent that the automotive industry is going through one of its most dramatic periods of change. Yet rising purchasing power in emerging markets, tightening emission regulations and advances in electronics are driving a major shift in how vehicles are powered, constructed and driven.

Nothing will supersede the internal combustion engine but vehicles will increasingly resemble computers integrated with home applications, their surrounding infrastructure and each other. The line between car-maker and tech company will become increasingly blurred. By 2020, what a car looks like will depend very much on where you live.

The biggest story in the next five years however is not an issue of technology but economics: hundreds of millions of people in emerging markets will buy cars, often for the first time.

By 2020, what a car looks like will depend very much on where you live.

In 2009 China overtook the US as the world’s largest car market, and by 2016 India and Brazil will displace Japan in fourth and fifth place respectively. This is an enormous opportunity for manufacturers in emerging markets to acquire economies of scale and launch themselves on the world stage.

Within a few years we are likely to see these new brands spread into developed economies. The signs are already there. Companies such as the Indian manufacturer Tata, which bought Jaguar-Land Rover, or China’s Geely, which now owns Volvo, are well placed to use these high-status brands and dealership networks to move into mature markets.

This won’t just mean different brands on the same old cars either. Car makers in emerging markets have to deal with price-sensitive first-time consumers, urban congestion, poor air quality and (in some cases) concerns over fuels costs. This creates a fertile space for innovation in smaller vehicles, and alternative fuels where emerging economies stand to gain a technological lead. Recent launches of models such as the long-range, low-cost electric Denza model in China and the super-low cost e2o in India highlight this trend.

Above All, Make It Lighter

The fact air pollution affects all nations, rich or poor, means there is real momentum behind carbon emission regulations. Yet for all the hype about fuel cells and electric cars, the first priority for car makers will not be to gamble on anything radically new but to make the best of what they’ve got. In practice, that means making the engine smaller, reducing aerodynamic and rolling drag and above all, making everything lighter.

The recently launched BMW i3 shows how seriously this is being taken. Using sports car-style carbon-fibre materials for a (nominally) mass-market vehicle reduces weight enough to enable a large battery pack. Although the i3 is expected to have modest sales, it is widely seen as firing the starting pistol for suppliers and venture capitalists to invest in these more exotic materials.

Lighter materials, at cheaper costs are the key to both extending the life of large conventionally fuelled vehicles and unlocking the potential of battery electric propulsion.

Plug-in and pure electric vehicles have proven most popular in wealthy suburban environments such as California or the Netherlands where people can charge cars in their driveway overnight. The relative ratio of electricity to fuel costs also plays a part: in Norway cheap power and tough “polluter pays” policies have seen the adoption of electric vehicles soar, whereas sales disappoint in Germany with its more expensive electricity supply.

Towards the end of the decade we’ll reach a tipping point. The cost of batteries is anticipated to halve and energy density to almost double, reducing costs and improving driving distances to the point the when EVs become a much more affordable option.

At the other end of the spectrum, compressed natural gas is an option for long-distance travel. Long used in Asia and South America, CNG emits less CO2 than petrol engines and fewer harmful pollutants than diesel and can be filled either quickly or slowly depending on the purpose of the filling station.

Hydrogen fuel cells represent perhaps the greatest hope (and gamble) for the industry. Like petrol engines they are quick to fuel and carry a lot of energy by volume which makes them suited for long-range driving – all this while emitting only water-vapour.

Yet despite tumbling costs fuel cell vehicles are currently the most expensive on the market and the fuelling infrastructure is costly to establish. Hyundai and Toyota have launched models targeted at the Japanese and California markets and other manufacturers are eagerly watching. If these cars achieve even modest sales, other brands are sure to invest strongly in the technology (if they are not doing so already).

The launch of BMW’s DriveNow car-sharing scheme in London highlights another trend, the growth of the connected car and “pure mobility” services as an alternative to car ownership.

For now, this is largely confined to large, rich cities and compared to public transport the impact is minimal. Yet continued smartphone penetration should see these models adopted in emerging markets too and especially in Russia. By 2020 we may see this process start to step up, as Nissan and Google vie to be the first to commercialise autonomous vehicles. Although likely to be relatively slow moving and still limited to big cities, autonomous vehicles would revolutionise the efficiency, safety and attractiveness of car sharing.

Ready for Your Next Upgrade?

The increasingly computerisation of vehicles also points towards a perhaps more significant, if unseen trend in vehicle development. Today, change across the vehicle fleet takes a decade or more, mediated by the development and production cycles of car-makers and the churn of the accumulated fleet. Yet integration with cloud-based services means that cars are no-longer a closed system, but capable of being remotely monitored and upgraded. Tesla has made a virtue of providing real-time vehicle upgrades to improve performance and India’s Mahindra & Mahindra has adopted the slogan of “fixing your problem, before you notice it”.

As automotive manufacturers start to converge with consumer electronics and cloud-based services development cycles are contracting with BMW speaking of four months from idea to production for new applications.

This also poses the question of whether car-makers will even remain the chief players in auto-mobility. In the future might we prefer to buy our transport services from Google? The ground-work is being laid now and by 2020 we may start to see an answer.