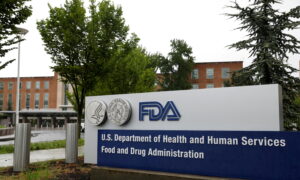 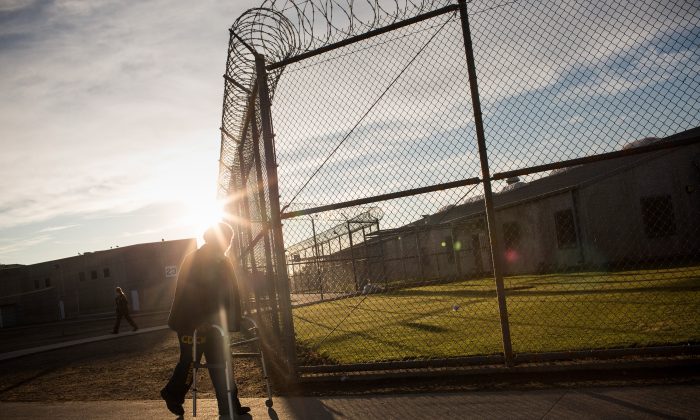 George Whitfield, age 56, uses a walker to get to the physical therapist's office at California State Prison, in Vacaville City, in Solano County in Northern California, on Dec. 16, 2013. (Andrew Burton/Getty Images)
US

In 2015, More People Committed Suicide in US Jails Than Over the Last Decade

A record high number of men and women in jail are committing suicide in the United States. Most incidents do not get major attention and are only known to the families of the prisoners involved and the jail staff.

Occasionally, suicides get national attention. Last year the death of Sandra Bland in the Waller County Jail in Texas gained widespread and continuing coverage on TV and print media. Although a number of friends and family suggested she might have been murdered, the local district attorney’s investigation determined it was a suicide.

Jail suicides are a major problem in the United States, and may be back on the rise. As a professor of social policy at New York University’s School of Social Work, I have studied and written on jail suicides on numerous occasions, especially in the 1990s. Rates of jail suicides are four times higher than suicides in the general population. Most of those committing suicide in jail are young people.

Progress in eliminating jail suicides through prevention programs may be at risk. But, why?

Progress in Prevention Is at Stake

In the mid 1980s, when the first research on jail suicides emerged, the rate was about 105 suicides per 100,000 inmates. These rates are for jails only, which are used for short term stays, while prison stays tend to be for much longer periods of time. By 2006 the rate had declined to about 38 suicides per 100,000 inmates. This drop occurred even though the rates of incarceration in jails has more than doubled.

The reason for the decline is important to note. Jail inmates are “wards of the state” and have a legal right to be protected and receive needed attention upon being incarcerated. These rights were granted in the 1970s via several court decisions.

This means counties can be sued if someone dies while incarcerated. Often, these lawsuits lead to settlements in excess of $1 million to families of inmates who kill themselves.

When the suicide rate was high, the largest item in jail budgets often was the payout for lawsuits for jail suicide. As a result of this trend, many states and localities, including New York and Massachusetts, developed jail suicide prevention programs. Not much information is available on compliance by counties.

I was a participant in the development of the former New York State Jail Suicide Prevention Program in the 1990s and early 2000s. The key element that made that program successful was the screening conducted at inmate intake for serious mental health issues or suicidal tendencies. If these issues are identified, the inmate is to be placed in an observation cell with regular observations by jail staff. A thorough mental health review is made when staff requests it.

Under these programs, jail officers were trained to actively participate in assessing mental health. Once jail suicide prevention programs were implemented, suicide rates began to decline by the late 2000s.

In the case of Sandra Bland, the Waller county sheriff indicated that the jail staff did not conduct the needed screening and observations that were required. As a result of budget cuts, as noted by Bob Bernstein of the Bazelon Center for Mental Health Law, an increased number of mentally ill are ending up incarcerated. With cutbacks in mental health services for jails, well-trained and competent staff are not being hired.

Concern and advocacy has declined and we are we approaching a new and growing crisis. Who will advocate for continuing changes to jail policies? After successful lawsuits, jails often try to ensure proper protocols are followed. But for how long?

Staff training is not continuous, and sheriffs and their staff are often overwhelmed by their tasks. As states reduce mental health funding and state hospitals close or downsize, jails are the new primary facilities for the mentally ill, and are not equipped to address these issues.

Unfortunately, advocacy for mental health funding is quite limited, according to MaryBeth Anderson, project director of the Urban Justice Center. So long as the public does not advocate for change, the outlook for the immediate future will not be positive.

Gerald Landsberg is a professor of social work at New York University. This article was originally published on The Conversation.