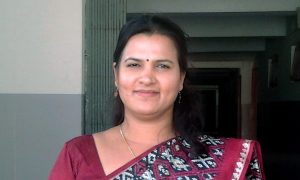 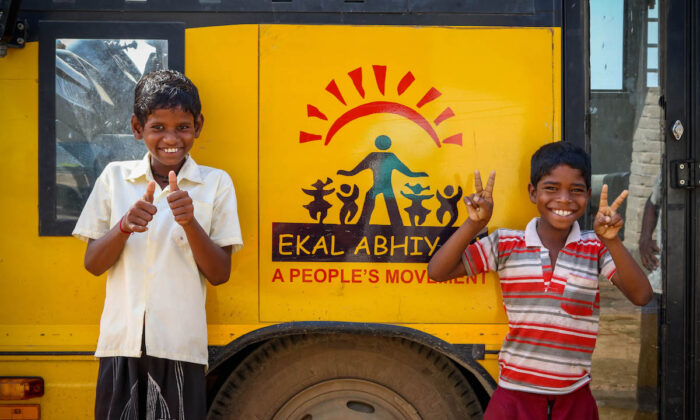 Improving Education in Rural India, One School at a Time

Literacy and education are crucial in creating a society of people who can think critically, and make decisions about their future. In the world’s largest democracy—India—children in rural areas aren’t receiving the level of education that their metropolitan counterparts are. Fortunately, the Ekal Vidyalaya Foundation and its executive director Ranjani Saigal are on a mission to give children in rural India the opportunities to learn and succeed in their communities.

Saigal grew up in Bombay, India and had the opportunity to receive an excellent education. She lived on the campus of the prestigious Indian Institute of Technology Bombay, where her father was the dean. Her father, however, came from a rural area of the country and didn’t have access to the same kinds of resources his daughter had.

Both of Saigal’s parents worked in academia, and she realized the power of education particularly from her father. He came from humble circumstances and his own father was illiterate. Ultimately, he and his father moved to another village where there was a single-teacher school. He had the opportunity to complete high school, college, and earn his Ph.D. in engineering.

“I saw the power of education, and I felt it’s the only place to be because education has a trans-generational impact on the world,” Saigal told The Epoch Times.

Saigal moved to the United States and attended Georgia Tech University and completed her degree in computer science at the University of Massachusetts. Throughout her academic career, she discovered an interest in education technology. She wanted to develop technologies that helped students learn more proficiently and gain a better understanding of the subject matter.

In 2006, Saigal encountered the foundation. Having been active in the Indian community in New England, she became involved with the organization. At first, she began by donating to the foundation before she started organizing fundraisers.

One of the founders of the organization realized it wasn’t enough to provide education in urban areas as there are 640,000 villages in rural India. He realized many of the children worked at home, and a traditional school schedule wouldn’t work. Furthermore, these villages were quite remote and children couldn’t travel long distances to go to school.

“So he thought that the best thing to do would be to take a school into the village,” Saigal said.

Furthermore, he understood that he had to develop a different kind of curriculum because these children were first-generation students. And since it wasn’t feasible to bring teachers from urban centers into these remote villages, the schools would need a local teacher. He decided to take the best available young people in the village, and train them to become teachers at single-teacher schools and uplift their communities.

“Our training program teaches them … motivates them, explains to them that they can be the change they want to be in their own communities,” Saigal explained.

The schools operate in the afternoon when the children don’t have work, and students can bring their siblings with them. The curriculum not only focuses on literacy, but also on personal empowerment and change in their own communities. This model has expanded to villages all across rural India, and now there are 99,209 schools in these areas which serve over 2 million students.

The foundation functions by initially identifying a set of people in town who want to monitor and manage these schools. Then, the team goes into the villages and explains the importance of education, and the residents of the village form a committee to run the schools.

Finally, they find young people in the village and train them to be teachers at local single teacher schools. The foundation also brings technology into the villages to augment the curriculum and to prepare them for the economy of the future. Many of students use tablets, and are taught digital literacy.

Students at these schools learn how to read and write, financial literacy, basic healthcare, government, and value education. The value education part of the curriculum teaches students about alcohol, substance abuse, and gender discrimination. These students range from age 6 to 14.

“We really work on that as well to teach them how to be ethical, good citizens and most importantly empower them to be change agents in their community,” Saigal said.

Agency in the Community

The foundation also features an economic empowerment program, which teaches students business and entrepreneurship skills so that the young people in these rural areas can take advantage of their education and find employment opportunities. These students are usually between 17 and 23.

Many of the residents of these villages are in the agricultural industry, and foundation teaches them skills such as diversifying crops to augment in their income. When it comes to rural entrepreneurship the organization teaches young people a trade such as tailoring and how to run a business. The computer literacy program allows the students to start internet cafes in their villages as well.

Just as important, students are encouraged to be active and give back to their community. If they see a problem, they are urged to address it themselves. For instance, one of the foundation’s graduates started a program while in high school to address alcohol abuse,  as a result of her own father’s substance abuse. This same student also started a literacy program to teach her mother and friends how to read and write. In fact, she was chosen to carry the torch for India during the London Olympics. Another graduate has become an electrical engineer and hopes to return to her own village to help solve problems there. Many students have become teachers in their own villages as well. Most importantly, it’s the volunteers who allow this type of success to become possible.

“It’s the human capital that is so dedicated that makes this happen, and I think the model is such that it can be scaled, and the impact is tremendous,” Saigal said.