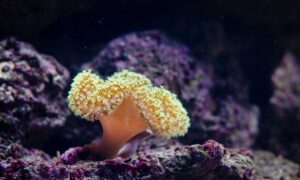 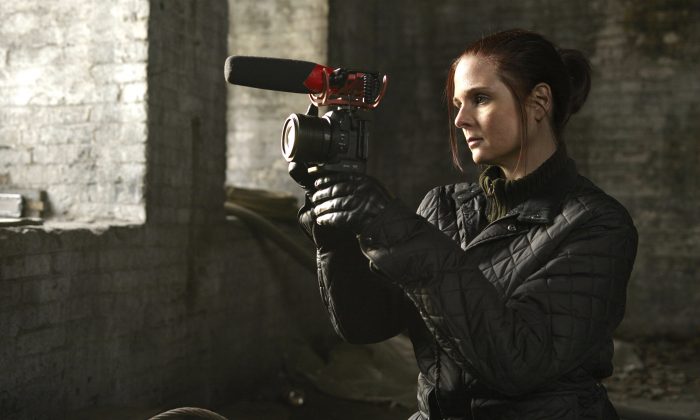 Lindsey Snell, pictured here in New York, is one of hundreds journalists to have been imprisoned in Turkey in recent years. She spent two months in Turkish prison in 2016. (Joey L.)
International

For more than two months, American journalist Lindsey Snell shared a cramped Turkish jail cell with a young ISIS recruit and two other women who were the wives of al-Qaeda fighters.

Her time there was horrifying. One day, Snell witnessed prison guards drag off one of the al-Qaeda fighters’ wives, who was pregnant and had gone into labor. The woman returned with a black eye, holding her newborn baby in a “ratty towel with holes in it.”

It’s absolutely horrific. They’ve used this coup attempt, as an excuse, as a cover, to crack down on every journalist who is not in the pocket of the government.
— Lindsey Snell, journalist

“She had been punched in the face while in labor and handcuffed,” Snell, 32, recalled. “And the nurse later told her that her baby is Satan because of who her husband was.”

Weeks earlier, Snell had traveled from Istanbul to Syria’s Idlib province to report on the bloody civil war. She was captured by al-Qaeda, but managed to escape by pretending to go along with a plan to collect ransom on herself. She then found her way back to the Turkish border. But there, government forces arrested her, accused her of being a CIA agent, and threw her in prison.

It’s become common treatment for journalists in Turkey, though they are usually accused of being connected to domestic enemies of the state. The latest arrest of a prominent journalist was on Dec. 29, when investigative journalist Ahmet Şık was arrested in Istanbul and reportedly accused of spreading terrorist propaganda. Şık confirmed his arrest in a tweet.

After Snell’s arrest, police raided her apartment in Istanbul, confiscated her camera, computers, cell phones, and hard drives, and arrested her husband.

Her treatment fits with a pattern of press restrictions and arrests that have swept Turkey after the military there attempted to overthrow President Recep Tayyip Erdogan’s government in July. The Committee to Protect Journalists (CPJ) has reported other cases in recent years of journalists being harassed or imprisoned as they tried to cross the border from Syria to Turkey.

Press freedom—already receding in Turkey—declined as the government reacted to the coup by declaring a state of emergency, following by crackdowns. Snell described a grim situation for journalists.

“It’s absolutely horrific. They’ve used this coup attempt, as an excuse, as a cover, to crack down on every journalist who is not in the pocket of the government,” she said.

Since the coup, Turkey has shut down more than 100 broadcasters, newspapers, and magazines.

Turkey’s crackdown has made it the leading jailer of journalists in the world and part of the broader global decline in the freedom of speech. A recent report by CPJ indicates that 259 journalists are imprisoned worldwide, the highest number recorded since the press advocacy organization began compiling such annual reports in 1990. Eighty-one—nearly one-third—of these reporters are imprisoned in Turkey, a number that has skyrocketed since the failed coup.

It became a kind of living hell for journalists to work in Turkey. It’s the darkest period of time in Turkish press history.
— Can Dundar, former editor, Cumhuriyet

Turkey was also the leading jailer of journalists in 2012, when the total globally was 232. Turkey’s share then was 49 reporters. Over the past five years, the situation has deteriorated, said Nina Ognianova, coordinator the CPJ’s Europe and Central Asia program.

“We have seen a steady and incremental crackdown on independent and opposition media,” said Ognianova. There could be as many as 67 additional journalists imprisoned there, she said, but CPJ has not been able to substantiate that figure.

Can Dundar, former editor of Turkish opposition paper Cumhuriyet, is another journalist who has faced a backlash for his reporting. Earlier this year, Dundar was sentenced to to five years and 10 months in prison for allegedly revealing state secrets in a story he wrote that detailed how Turkish intelligence services intended to send weapons to Syrian rebels.

During a break outside the courthouse at Dundar’s trial in Istanbul, a gunman opened fire on him, but missed.

Dundar fled to Germany to escape his prison sentence. Speaking on the telephone from there, he described the current reality in Turkey for journalists.

“It’s very hard. After [the coup] it became a kind of living hell for journalists to work in Turkey. It’s the darkest period of time in Turkish press history,” he said.

Zafer Uzgun (not his real name), a 37-year-old journalist based in Istanbul, has taken a hiatus from reporting until Turkey’s press freedom improves. Uzgun asked to not be identified out of fear of reprisal from the Turkish government.

“For some time now, I cannot do news,” he said. “It’s depressing. Very bright, young people are doing something that they call news, but it lacks perspective, criticism.”

He explained that reporters are often jailed under accusations that they’re connected with the Kurdistan Workers’ Party (PKK), or with Fethullah Gulen, an exiled Muslim-cleric who Turkey has accused of plotting last summer’s coup.

Journalists Caught in the Crossfire of the Ukraine-Russia Conflict

“There’s a huge self-censorship,” Uzgun added. “If you are critical about the government, they somehow find a way to affiliate you with PKK or [the] Gulen movement so that you’re jailed until you prove that you aren’t.”

Unlike Snell and other foreign reporters, Turkish reporters can’t easily leave the country and continue their career elsewhere.

After her ordeal in Syria and Turkey, Snell was deported back to the United States. She had been one of the few foreign reporters in Syria after the beheading of journalist James Foley in 2014.

While living in Turkey, she didn’t report on happenings inside the country, for fear of repercussions. Ostensibly, she was arrested for illegally entering a military zone.

Snell, who has reported in Israel, Palestine, Jordan, Tunisia, Libya, and Djibouti, says Turkey isn’t the only place where things are rough. “Things are bad in many places now and it’s very hard to report freely anywhere,” she said.

But Snell hasn’t given up. She is planning to return to the Middle East to continue reporting.