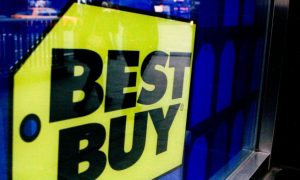 Petitions to Close Stores on Thanksgiving
0 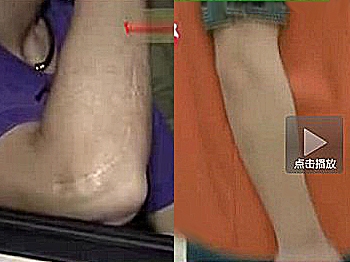 (L) The photo of Hu Bin at the scene of the accident shows a prominent scar on his right elbow. (R) The man standing trial in court does not have a scar. (Epoch Times Archive)
China

According to many Chinese bloggers, the real defender, Hu Bin had a very visible long scar on his right arm when he was shown in video clips taken at the accident scene, whereas the man who appeared in court did not.

A court in Hangzhou City, however, claimed that Hu Bin had appeared in court in person.

Hu Bin, a college student from a wealthy and well-connected family, was charged with hitting and killing Tan Zhuo, a promising graduate of the elite Zhejiang University, in a street racing accident in downtown Hangzhou City on May 7. His trial has caused an uproar across China.

Han Han, the Annual Champion of China’s Rally Car Racing series, had previously met with Hu Bin, who is a car racing fan. Han stated on his blog that the person who appeared in court and stood trial in court was definitely not Hu Bin.

Han said, “If they must say that that one is Hu Bin, then I’m not optimistic about my car racing career. How can I have a good sense of direction if I cannot tell who is who?”

The state-run Xinhua News Agency reported that the Hangzhou Xihu District People's Procuratorate reiterated on July 29 that the court had checked Hu Bin’s identity and confirmed that Hu Bin, the defendant who was held responsible for killing Tan Zhuo in a street racing accident on May 7, was the man who stood trial in court.

However, in a news piece entitled “Hangzhou Street Racing Defendant Hu Bin Sentenced to 3 Years” broadcasted by Shanghai’s Dragon TV, a close shot of the defendant did not show that he had a long scar on his right arm.