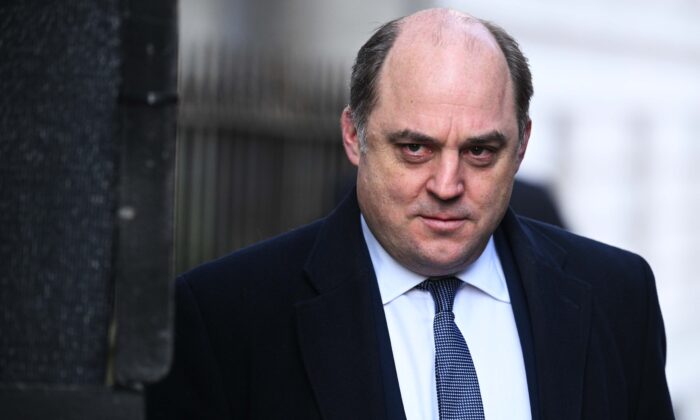 British Defence Secretary Ben Wallace hit out at Russian “dirty tricks” after being targeted by an impostor posing as the Ukrainian prime minister.

Wallace said he became suspicious and terminated the call after “several misleading questions”.

The Defence Secretary said it was a “desperate attempt” but “no amount of Russian disinformation, distortion and dirty tricks” could distract from the human rights abuses carried out during the invasion of Ukraine by Vladimir Putin’s forces.

The fact that a hoax caller was able to speak directly to the Defence Secretary raises security questions, particularly given Mr Wallace’s suggestion that Russia was behind it.

He said: “Today an attempt was made by an imposter claiming to be Ukrainian PM to speak with me.

“He posed several misleading questions and after becoming suspicious I terminated the call.

“No amount of Russian disinformation, distortion and dirty tricks can distract from Russia’s human rights abuses and illegal invasion of Ukraine.