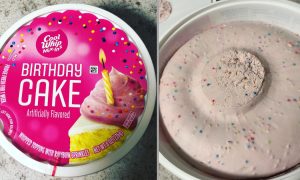 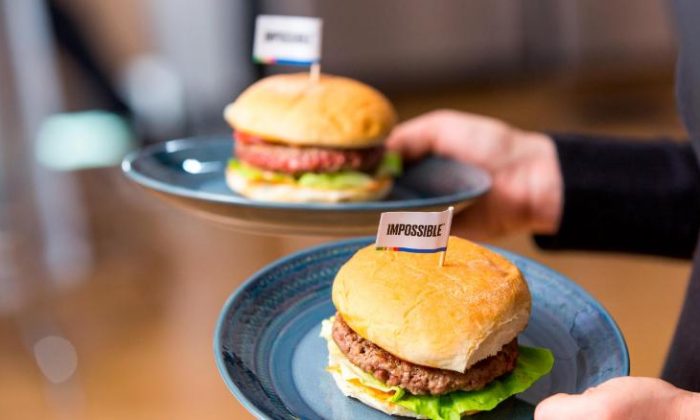 Impossible Foods Joins Rival Beyond in Some US Supermarkets

Starting Sept. 20, Impossible Foods Inc. will finally offer its eponymous plant-based burger in U.S. grocery aisles.
The Impossible Burger will make its retail debut at 27 Gelson’s Markets locations in Southern California before expanding its retail presence in the fourth quarter and in early 2020, the company said in a statement. The product will arrive in additional unnamed stores, including on the East Coast, later this month.

The product has already multiplied across restaurant menus, including Burger King locations nationwide, after starting at New York City’s Momofuku Nishi in July 2016, but until now it hasn’t been available as a raw product to consumers.

Demand has boomed as consumers seek out foods they see as healthier and more environmentally friendly than beef. Imitation meat could reach 9% of the estimated $2.7 trillion global meat market by 2040, Jefferies analyst Simon Powell forecasts, from less than 1% now.

Impossible Foods has faced obstacles in its path to grocery stores. The soy-based burger is known for its convincing meat-like flavor, texture and appearance, which it says comes from the “magic ingredient,” soy leghemoglobin. But this same ingredient, known as “heme” and made with a genetically engineered yeast, has also slowed its launch in retail.

Because it imparts a color onto the raw product, the U.S. Food and Drug Administration was required to amend the color additive rules to call heme safe before the product could be sold uncooked. While many environmentalists have applauded the introduction of foods like the Impossible Burger because they replace beef, some groups like Friends of the Earth and Center for Food Safety filed objections to the FDA change, arguing that heme hasn’t been adequately tested for safety. Impossible Foods has repeatedly said the burger is safe and complies with all applicable laws.