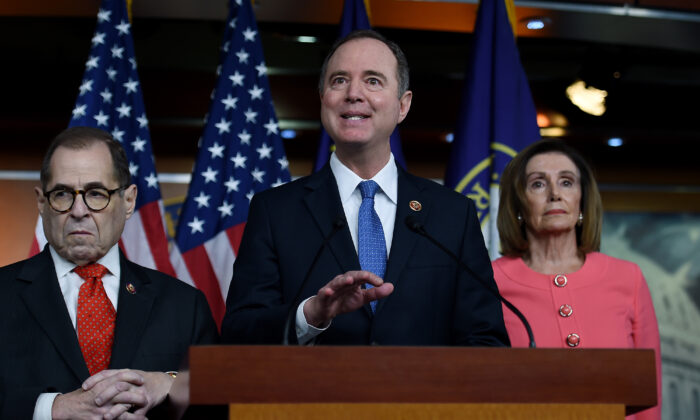 Impeachment: The Only Thing Democrats Proved Was That They Wanted to Politically Tar Trump, Republicans 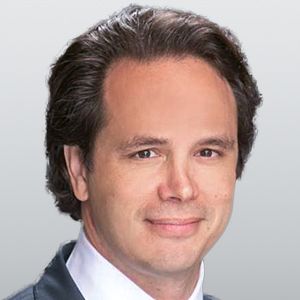 As the Democrats’ 24-hour impeachment case came to a close, it was rather obvious that impeachment wasn’t a focused attempt to legally prove something related to Ukraine.

Instead, while they hoped the nation was watching, and while using taxpayer funds, the Democrats threw the kitchen sink at President Donald Trump as well as House and Senate Republicans—charging everything from more Russian collusion (past, present, and future) to a cover-up.

This impeachment was no legal matter, to be sure. No law was broken—notwithstanding the silly opinion of the Government Accountability Office, which said the Trump administration broke the law when it withheld U.S. security aid to Ukraine. If only the Government Accountability Office was aware that the Constitution vests the power of conducting foreign policy with the president, not Congress.

Absent a crime, the only thing Democrats proved was that impeachment is now, and always was, an attempt to politically destroy Republicans ahead of the 2020 elections.

We must never forget that it will always be a historical fact, as Nancy Pelosi would say, that the Democrats wanted to impeach Trump even before he took the oath of office. Indeed, they have resisted this president more than any other since the South seceded from the Union in response to Abraham Lincoln’s election.

In keeping with that, six of the seven House impeachment managers publicly pushed for Trump’s impeachment BEFORE his call with the president of Ukraine. In other words, impeachment was the tool of first resort for them all along—not a reluctant choice in the face of a factual revelation.

So, what was the impeachment trial supposed to be about? Well, the two counts were for abuse of power and obstruction of Congress—the latter of which is unknown to history, let alone the law.

“Will you bring Ambassador [John] Bolton here? Will you permit us to present you with the entire record of the president’s misconduct? Or will you instead choose to be complicit in the president’s cover-up … So far, I’m sad to say, I see a lot of senators voting for a cover-up, voting to deny witnesses, an absolutely indefensible vote, obviously a treacherous vote.”

There’s nothing smarter than maligning the very jurors you hope to persuade at the outset of a case, don’t you think?

You must understand though, that in Nadler’s mind, it was the Republicans’ fault the Democrats didn’t complete their investigatory work and, if Republicans don’t vote to bail out the Democrats, they are treacherously party to a cover-up.

For his part, Rep. Adam Schiff (D-Calif.) couldn’t wait to get the word Russia out of his mouth. Indeed, before one-sixth of their presentation was through, led by Schiff, Democrats used the word Russia 102 times. Incredibly, Schiff even suggested that Trump was attempting to cheat on the 2020 election by withholding aid to Ukraine to help Russia.

Who cares that Trump actually gave lethal aid (three times) to Ukraine that Barack Obama withheld? Speaking of Obama, who cares that it was Obama that sent a message to Putin, on an open microphone, in front of the world, about his post-election flexibility, i.e. if only Putin didn’t do anything to jeopardize Obama’s reelection? Wink. Wink.

Incredibly, the Democrats, who couldn’t find an actual crime committed and who had to make up “obstruction of Congress” as a charge, argued that the president must be removed from office because of what they claim he could do in the future.

According to Schiff, “The president’s misconduct cannot be decided at the ballot box, for we cannot be assured that the vote will be fairly won.”

Beyond advocating that a president should be impeached for what hasn’t occurred (quite the Soviet/Nazi-style prosecutorial work), Schiff laughably asserted that it’s the Republicans who will cheat in the next election.

The Republicans say it was the Democrats who cheated in the last election, using Hillary Clinton’s dossier and the help of Ukraine, while the DOJ and FBI approved FISA warrants targeting a Trump associate.

The truth, however, wasn’t on trial in Washington. Nor was the Ukrainian phone call on trial. The impeachment trial was a full-throated campaign by Democrats to gain a most unfair advantage in the 2020 election. Nothing more and nothing less.