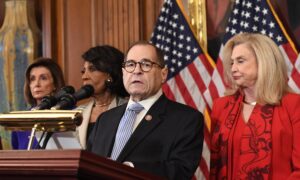 Reports: House Could Vote on Articles of Impeachment Next Week
0 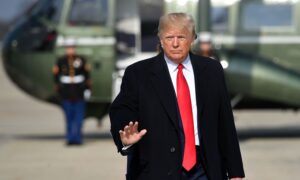 Poll: 74 Percent of Democrats Don’t Believe Trump Will Be Removed From Office
0 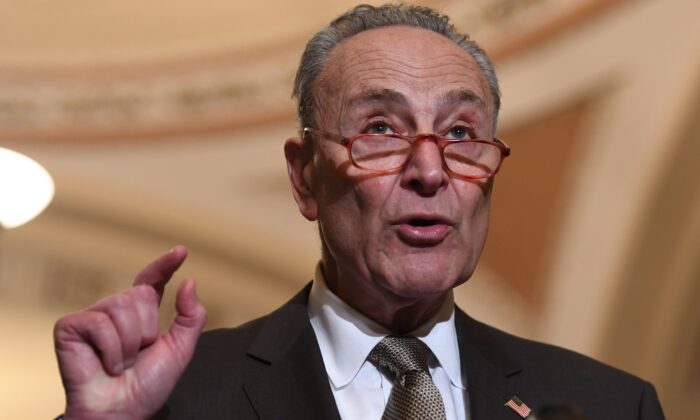 Senate Minority Leader Chuck Schumer (D-N.Y.) said that the senators running for the Democratic presidential nomination have to make impeachment a priority over their bid for the White House.

“This has to come first. This is one of the most solemn decisions that anyone has to make. And I’ve told all members of my caucus that scheduling concerns are secondary to doing this the right way,” Schumer told reporters at a Dec. 10 press conference.

“It is likely to be a problem, because being on the ground in key states is critically important, as Hillary [Clinton] learned to her—and our—cost,” Defiance Strategies, LLC President Christian Hanley told The Epoch Times. “But I don’t see how they could choose to skip an impeachment trial, both as a matter of constitutional duty and as a matter of politics.”

Tom Schatz, president of conservative-leaning Citizens Against Government Waste, said “the trial will have a severe negative impact on campaigns.” Kevin Sheridan, founder of the Sheridan Media Group, expects South Bend, Indiana, Mayor Pete Buttigieg and former New York City Mayor Mike Bloomberg to benefit most if the senators have to leave the campaign trail.

The senators who are running for office are often away from Washington, spending time campaigning in early voting states like Iowa and New Hampshire.

According to Senate rules, if the House votes to impeach a president, the chamber must receive the articles and begin impeachment proceedings no later than 1 p.m. the following day (Sundays excepted).

During the impeachment trial of President Bill Clinton, the Senate was in session for six days a week. The rules stipulate that the trial will start back up every day at noon, unless other rules are put into place by a two-thirds majority until a final verdict is reached.

Senate Majority Leader Mitch McConnell (R-Ky.) said at a press conference Tuesday that the Senate won’t take up the U.S.-Mexico-Canada trade deal until after an impeachment trial ends. The trial won’t take place before the end of the year, he said.

“We all know that one of the reasons we can’t do USMCA is because the House has been sitting on it now for over a year since it was negotiated,” Sen. John Thune (R-S.D.) told reporters. “The House has been barreling hard toward impeachment. That’s been their singular focus. And as a result of that, and a consequence of that, I think other things have been left on the cutting room floor, which is unfortunate.”

Schumer said he and McConnell will have a discussion about rules to guide the impeachment trial “as soon as he is ready.” He has not received an invitation yet, Schumer said.