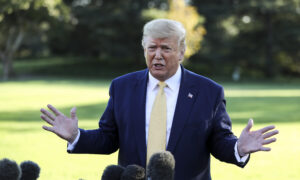 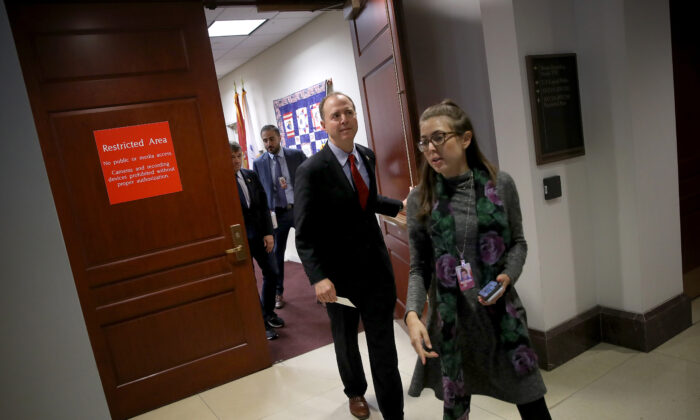 Impeachment and the Importance of Transparency

These are no ordinary political times. No times in which a president is under serious threat of impeachment could be called “ordinary,” but these are particularly precarious times.

Those making decisions in the impeachment process should take our circumstances into account.

The impeachment power laid out in the Constitution is, by its very nature, a political power. It’s given to one-half of one of the political branches of the federal government. The trial that would follow is given to the other half of that branch. The founders understood the importance of this power and its potential for abuse. That’s why, like all other powers of such immensity, it’s divided to make it more difficult.

Impeachment, we might say, was meant to be safe, legal, and rare.

If the House majority is seriously contemplating the impeachment of the president, which holds within its logic the preferred end-state of removal of that president from office, they owe it to the nation to make that process as transparent as possible.

Is transparency required by the Constitution? No. Is a full vote of the House required to begin investigations that may lead to impeachment charges? No. Does the president have a right to have counsel in the room where hearings are taking place? No. Are all those things a good idea? Probably so, particularly in times like ours.

Much has changed in American political life since the drafting of the Constitution. Our founders hoped political parties and partisanship wouldn’t develop the way they have. Our Senate was to be selected by state legislatures, not elected by the people. Our presidents weren’t to be popularly elected, but selected by a college of electors chosen by state legislatures. Social media could not have been imagined. The speed of the information age would have boggled their minds. The place of the presidency in the lives of the American people was unpredicted—the founders believing the House of Representatives would be the locus of America’s political identity at the national level.

What does that all mean? Well, it means that even though a transparent political process isn’t required by the Constitution, it’s still the best practice for a nation that has democratized since its founding era. A president impeached and removed from office today is, by definition, one elected by the American people, and people have more than a small stake in that person’s fate.

Our current political environment also isn’t simply another normal time in a democratic society. President Donald Trump has upended the political system from the right side of the table, and the far left is passionately throwing its side of the table into the air in response. Passions are running high on all sides, and that makes these impeachment hearings particularly dangerous.

The president has built a dedicated base that sees nearly every criticism as evidence of a conspiracy to oust him. The left has been driven into mobocratic responses to every tweet and every policy proposal. Those who once were able to be the umpire between the impassioned ends seem powerless or nonexistent.

What does that mean? It means the impeachment hearings are going to go forward and there’s no space on the left to let them end. It also means that those hearings will be attacked and undermined by the president’s supporters. For the sake of the United States, and the legitimacy of the process, events from here need to unfold in the most transparent way possible.

Both sides need to approach the situation differently than they have. The president should understand that the House has a real, constitutionally mandated role in providing oversight of every administration. The administration should bend over backward to appear to be cooperating, if only to show that they have nothing to hide. The House Democrats need to open up their process to show the American people they are being fair, honest, and just. That means the American people get to see and evaluate all the information and not just selectively released statements.

What are the consequences if we don’t open the windows on the process? Whatever the merits of the results, a large portion of the American people won’t trust them. If the president isn’t charged with impeachable offenses, the left will see a cover-up and will move on to the next scandal to investigate. If the president is impeached, the right will see it as a witch hunt that was unfair and unjust. If he is ultimately removed from office in a process that doesn’t appear to be fair and open, real political violence is even possible.

In the end, without a transparent process, our rules and institutions will suffer even further damage. More Americans will lose faith in the system and become further alienated from our institutions.

Those running the House impeachment hearings must consider not what is minimally required by the Constitution and the rules of the House, but how they can maximize the appearance (and reality) of transparency, fairness, and justice in the process. Within such an open process, the administration should cooperate with the investigations, and together, in the end, we can have a result that more of us can believe to be worthy of both our Constitution and our highest political values.

The stakes are much bigger than the next election or the fate of any single political figure or party. These are no ordinary times and our political class must come to understand that and act accordingly to best serve our constitutional order and the American people.

Gary L. Gregg is the director of the McConnell Center at the University of Louisville and host of the podcast Vital Remnants.